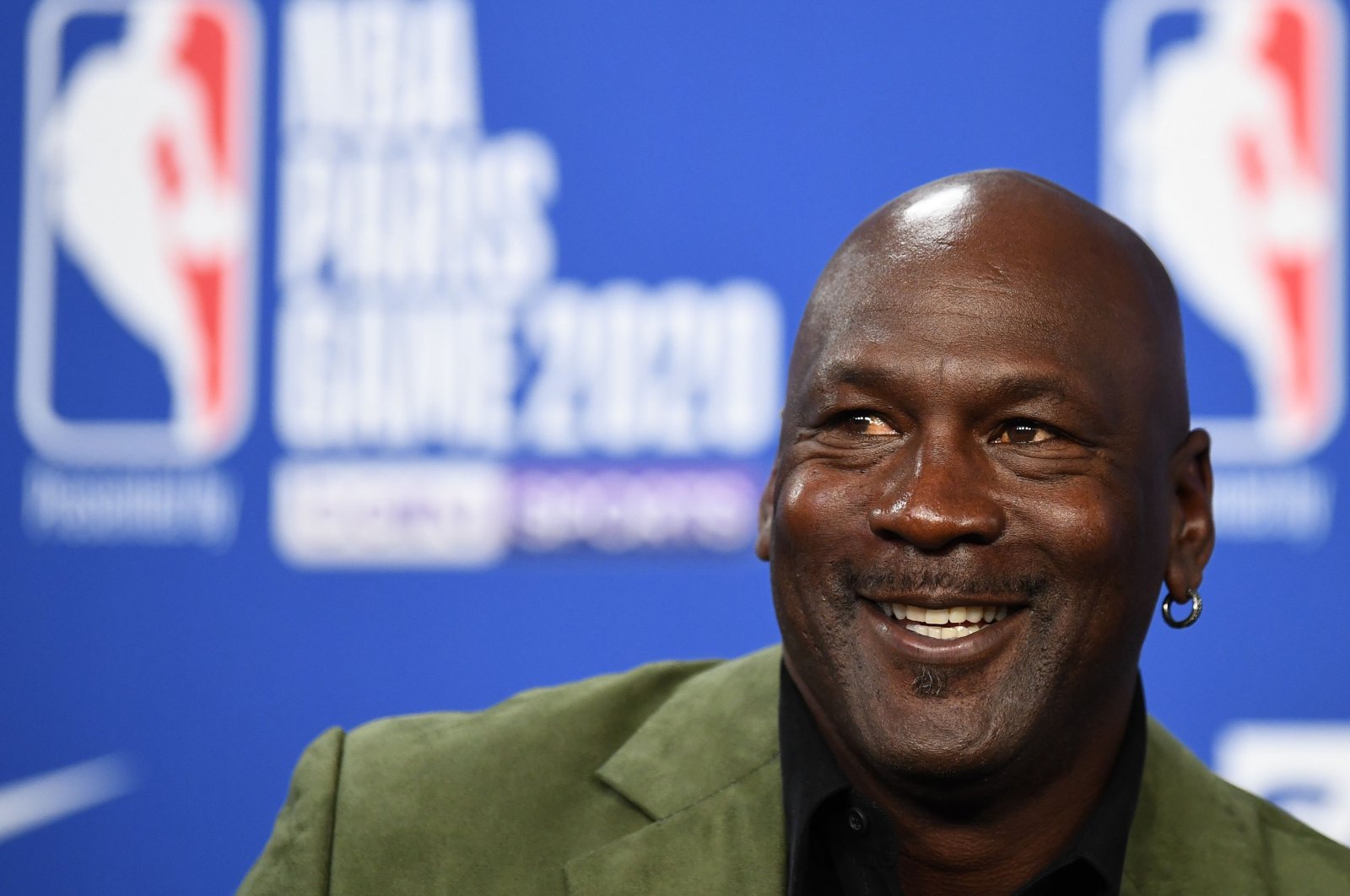 In this file photo former NBA star and owner of Charlotte Hornets team Michael Jordan looks on as he addresses a press conference ahead of the NBA basketball match between Milwaukee Bucks and Charlotte Hornets at The AccorHotels Arena in Paris on January 24, 2020. (AFP Photo)
by compiled from agencies May 17, 2020 9:55 pm
Edited By Yasemin Nicola Sakay
RECOMMENDED

Known for selling multimillion-dollar art, Sotheby's held its first auction dedicated entirely to sneakers last year and had then set a world record of $437,500 for a pair of 1972 Nike running shoes known as the "Moon Shoe."

Like most of Jordan's basketball shoes, they are a mismatched pair in a size 13 (left) and size 13.5 (right).

The auction coincided with the 35th anniversary of the Air Jordan brand and the screening of the 10-part ESPN documentary "The Last Dance" about the Chicago Bulls and Jordan. The final two episodes of the show are set to air later on Sunday.

The shoes were sold by collector Jordan Geller, the founder of the sneaker museum Shoezeum in Las Vegas.

"The Nike 'Air Jordan' is one of the most iconic designs in the history of both streetwear and basketball, and is a key part of the origin of the Air Jordan brand for Nike," Sotheby's said.

Nike gave Jordan his own signature line of shoes and clothes in 1984, "the first time the brand did anything like this, and it paved the way for many of the player collaborations we now see," the auction house added.