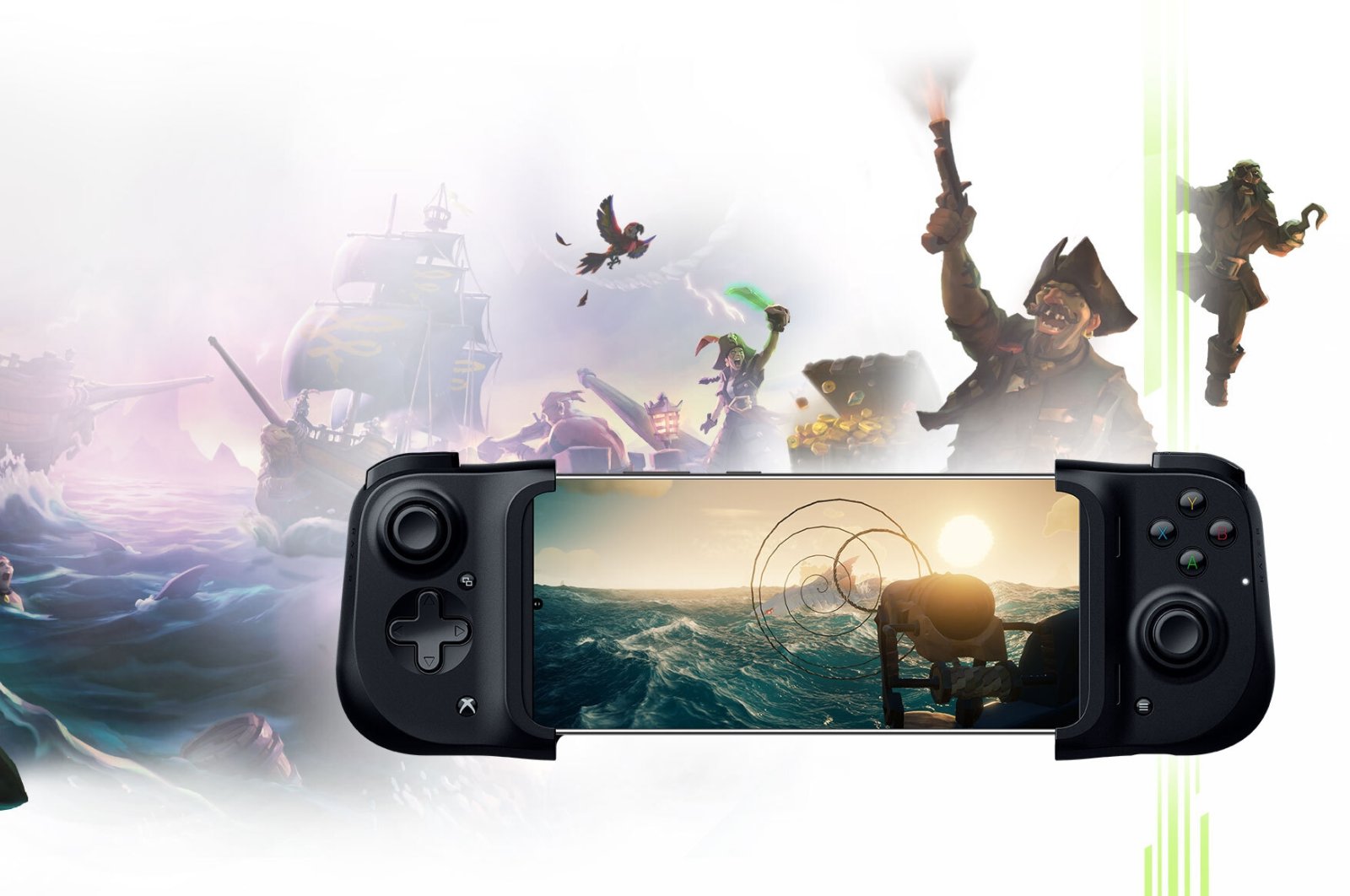 X Cloud is Microsoft's newest move that allows users to play Xbox games on their Android phones or tablets with Xbox Game Pass Ultimate. (Courtesy of Microsoft)
by Emre Başaran Feb 08, 2021 11:45 am

As the world inches closer to a cloud-dominated life, gaming has gotten its share of the pie too. All things cloud may just be wishful thinking for now, but the future begs to differ

Microsoft made one of the boldest moves in gaming history in 2017 when it announced the release of the Game Pass.

It was revolutionary to some degree, even though the service model was not a “never before seen” move. We had been accustomed to monthly payments to get the whole deal with the likes of Netflix, Spotify, Apple Music and more. But, it was subversive in the realm of gaming.

When you take into consideration the rising cost of games, as they were ramped up from $60 to $70 with the announcement of next-gen consoles such as PlayStation 5 and the Xbox Series S|X, an incremental increase in game prices should be expected, and that’s not taking inflation into consideration.

The Game Pass was a breeze for all gamers around the world, and yes, it did not include any PS exclusives like the Uncharted or God of War series but it had tens of solid titles to choose from in the Xbox realm. Later on, Microsoft bundled its Xbox Live Gold service – which is required to play online games and also provides two games for free each month – with the Game Pass, calling it the Xbox Game Pass Ultimate. And a bit later, Project xCloud was announced, later to be bundled, again, with the Game Pass.

One subscription for all

Tech companies love to keep us in their walled gardens, as loyalty means the most to them. When you use an iPhone, for example, chances are you will not even think about buying an Android tablet but opt to get an iPad for ease of use, synchronization and other benefits that come from staying in the Apple ecosystem.

Apple is one of the first companies to understand the mere fact that consumers value simplicity over complexity; and that’s why they have always kept things uncomplicated with regard to how people interact with their devices. They also took a step recently to keep their services simple too; they introduced “Apple One,” a bundle that includes Apple Music, Apple TV+, Apple Arcade and iCloud storage – all the services Apple provides in one place.

That's exactly what Microsoft has done with its Game Pass.

Recently, the tech giant increased the prices of its Xbox Live Gold subscription to push people to buy the slightly more expensive Game Pass Ultimate, and I have an inkling that the gold service will be merged into the ultimate package pretty soon.

Nearly a year after Project xCloud was announced, the service’s name was changed to Xbox Cloud Gaming and released in 21 countries. If you are lucky enough to live in those countries, you can play the games in your Xbox library on your smartphone, PC or tablet, with the help of a compatible controller.

So, currently, the Xbox Game Pass Ultimate offers all these perks: access to a library of dozens of games, the ability to play online, two free games each month and cloud gaming. Just like what Apple did, all gaming-related services offered by Microsoft are now in a handy package. And the simplicity does not stop here; it could even lead to the extinction of actual, physical Xbox consoles.

The latest in the Xbox line of consoles, Series S and X were highly successful launches for Microsoft. Lagging behind its main rival, Sony, in exclusive titles, Microsoft embraced a different approach: make an ecosystem, not a console, and offer it at affordable prices. That was the perfect antidote to Sony’s business model with regard to the PlayStation: Sony depends on the individual sales of expensive, highly polished triple-A titles. Take the 2018 reboots of God of War and Spider-Man, the Uncharted series, the Dark Souls remake and the Ghost of Tsushima as examples.

But Microsoft chose a different path. It partnered up with Electronic Arts to include EA games in its Game Pass subscription – effectively ending the EA Access program – to make its library more lucrative with hugely popular titles such as Star Wars: Jedi Fallen Order, Titanfall, the FIFA series and so on. With its now-stronger library, cloud gaming capabilities, monthly freebies and online gaming option, Xbox Game Pass Ultimate is a relatively affordable, no-frills subscription that offers the best bang for your buck.

And what I see as Microsoft’s “Grand Plan” comes into play right here. I can easily see that, in the not-so-distant future, Microsoft will only produce Xbox controllers and not consoles themselves. It's only a matter of time until they embrace a sales model similar to Google's and what it did with its now-struggling game streaming service Stadia. Sell a controller bundled with a subscription, albeit one much more seductive as is the case with the Xbox Game Pass, at a fixed price. Before that, Google had wanted customers to buy the games individually, which led to the apparent failure of Stadia.

Xbox Cloud Gaming is not available for use in Turkey now, and using a VPN to access it defeats the mere purpose of cloud gaming as it will cause your ping to skyrocket. But after watching review videos, I’m convinced that, even though it remains impossible to play competitive, multiplayer games for now, it does a pretty good job in single-player games. Just pair a controller with your phone and play away wherever you want, whenever you want – even without an Xbox. You only need to open up an Xbox account and buy a Game Pass subscription, and you’re good to go. You do not even need an Xbox controller to play the games – any compatible controller is good to go, including Microsoft’s archrival in the console realm, Sony’s PlayStation controllers.

Though, I should point out, the demand for physical devices, such as powerful gaming rigs and consoles, will always exist, at least for the foreseeable future. But Microsoft’s “Grand Plan” may become a reality as internet infrastructure gets better by the day worldwide and more people gain access to broadband and fiber.

Competitive players will always need physical systems and wired ethernet connections to get the best performance in games where every millisecond counts. But Microsoft’s venture toward single-player cloud gaming may be the future of, say, story-driven role-playing games, first-person shooters, side scrollers, action adventures and platformers.

Will consoles become extinct someday? Probably. Will we, the current generation of gamers, see that day? Probably not. But we’ll take our share from cloud gaming, be it only for single-player games, and that’s neat.