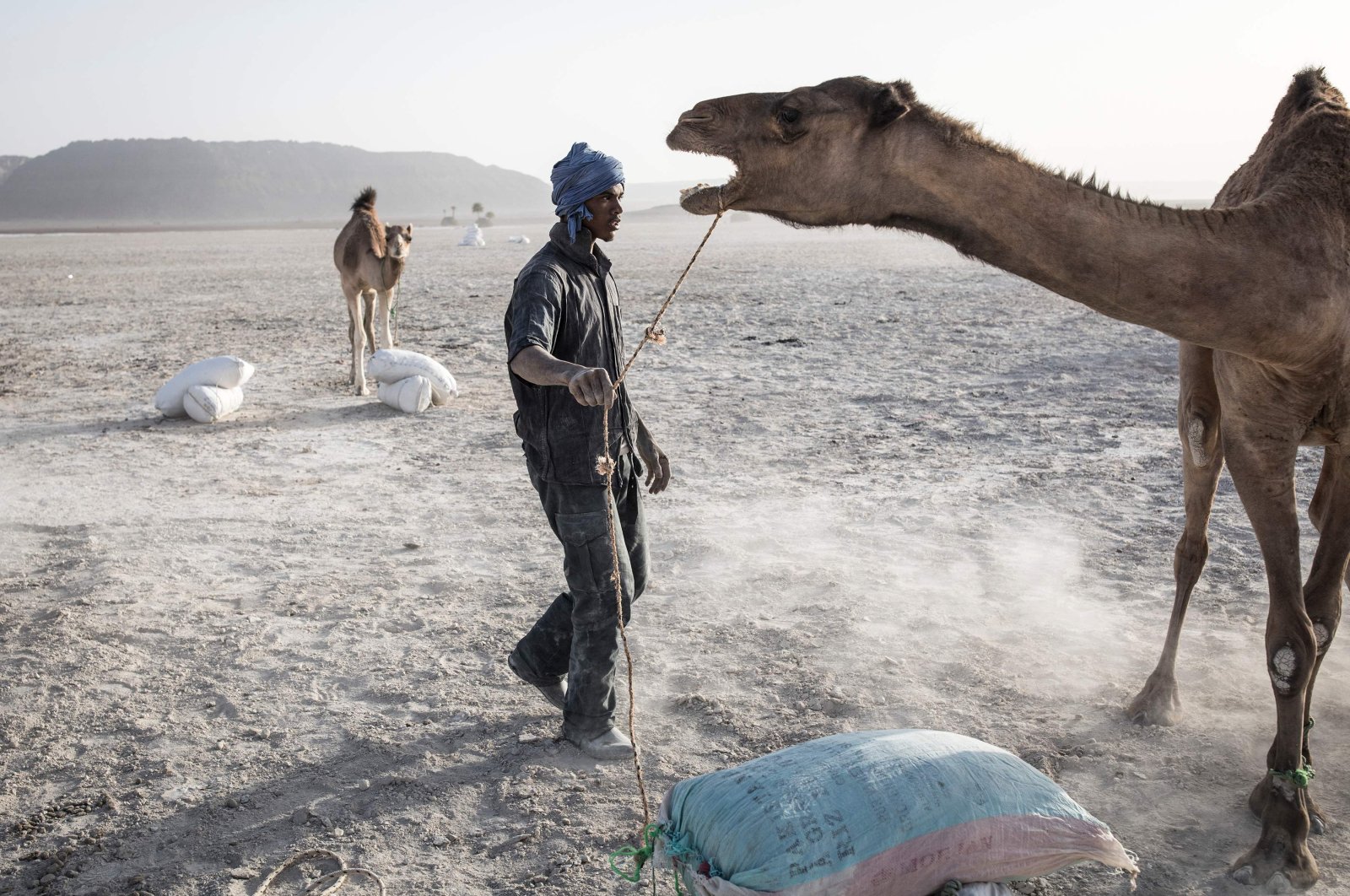 Men load camels with large bags of salt, mined from a salt field on the outskirts of the Neolithic trading town of Tichitt, Mauritania, Jan. 28, 2020. (AFP Photo)
by REUTERS Jun 05, 2020 4:07 pm
RECOMMENDED

In a remote part of Ethiopia, one charity has come up with a novel way of protecting children that are out of school because of the coronavirus pandemic from forced labor – camels bearing books.

Ethiopia closed its schools in mid-March and sent more than 26 million children home, where experts say they are at greater risk for forced labor and child marriage.

But in the country's eastern Somali region, more than 20 camels have been deployed to carry wooden boxes filled with storybooks to help thousands of children in remote villages to continue their education.

"The scale of this crisis is huge, but we are determined to meet the needs of the most vulnerable and ensure no child is worse off at the end of this pandemic," said Ekin Ogutogullari, country director for Save the Children, the charity behind the scheme.

"We are ensuring that children still continue to read and learn, despite the fact that they are out of school," he told the Thomson Reuters Foundation.

Save the Children launched the mobile camel libraries a decade ago and has helped more than 22,000 children in 33 villages to get access to education during the pandemic.

Community volunteers travel around villages with the camels, carrying boxes of books and a tent to set up a temporary library that stays in each village for two and a half days before moving on.

The charity has adapted its mobile libraries to the new circumstances – before, children would gather around and read together, whereas now they take the books home and return them the following week.

Last month, it surveyed 30 Ethiopian children about their concerns over the coronavirus, finding they were worried about the economic pressure on their families and about rises in early marriage and child labor.

One child from the Somali region, where people are already grappling with droughts, floods, disease outbreaks and invasions of desert locusts, said many minors were having to work as herders or collect firewood while out of school.

Almost 16 million children aged between 5 and 17 are engaged in child labor in Ethiopia, according to a national survey published in 2018.

Joan Nyanyuki, executive director of the Ethiopia-based African Child Policy Forum, a research institution, said the role of schools was to protect as well as educate children.

"But now with schools closed, children are shut off completely from different benefits of the educational system," she said.

"(They) are more prone to violence, abuse, and even at risk of missing meals, which could result in malnutrition and hunger," Nyanyuki said.

"We also know the longer they are away from school, the higher the number of children that might not be coming back to school," he said.