New iPod touch rumors: It has every right to exist 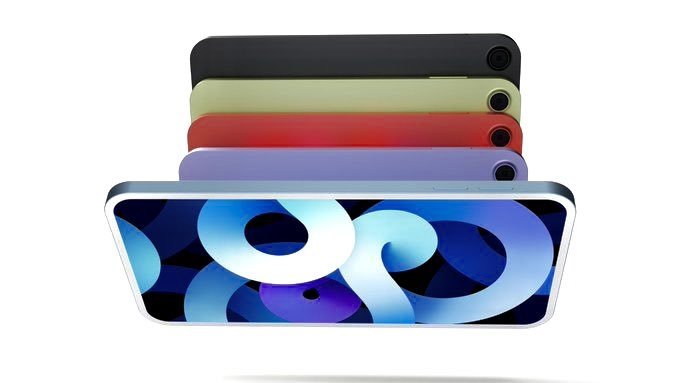 Yes, it seems the legend is likely making a comeback. Rumor has it that Apple is planning to breathe new life into its long-running iPod series; and my bet is that the upcoming iPod will justify its existence

Do you remember the iPod hype of the pre-iPhone era?

It was revolutionary in every sense of the word. First of all, it was a portable music player with no support for physical media. It was basically the stepping-stone to today’s world, which is dominated by digital content rather than music cassettes, CDs, DVDs or Blu-Ray discs.

The iPod, with its numerous iterations, was one of the main reasons for Apple’s transition from a prominent PC maker to a tech giant that has something to offer for virtually every single individual in the world.

Do you need a smartphone? Apple's got it, and arguably the best there is. Do you need a tablet with vast drawing/illustration capabilities? Sure, there is the iPad Pro. Would you like a reliable laptop with up to 10 years of use potential and nearly never-ending battery life? Get a MacBook Pro. Would you like a sleek, thin yet large screen, which has a built-in and powerful PC? Buy the new 24-inch iMac.

But back in the day, the iPod was Apple’s first-ever prominent non-PC-related product.

It cemented the way to the huge slice Apple has of the tech pie nowadays.

But after the invention of the iPhone in 2007, the iPod series kind of became immediately obsolete. After all, the iPhone was a “widescreen iPod with touch controls, a revolutionary mobile phone and a breakthrough Internet communications device” all in the same body, as the late Steve Jobs put it in his famous speech.

Nevertheless, the first iPhone’s retail price was too high compared to many phones of the era, as the smartphone revolution was yet to be embraced by many people around the world, and phones were not selling in the over-$1000 range yet.

So, months after the iPhone was announced to the public, Apple also released the first-ever iPod without the classic click wheel mechanism, dubbed the iPod touch.

It was essentially not an iPod in the practical sense of the word, but rather more of a watered-down iPhone with cellular capabilities removed.

After the introduction of the AppStore a year later, which was maybe even more revolutionary than the iPhone itself, things took off for the iPod touch too.

Now everybody wanted access to the wonderful world of iPhone apps, especially budget-minded individuals who would love to try out those shiny new digital novelties by spending a fraction of the money that the iPhone 3G would have cost back in the day.

As time went on, mindsets have largely changed with regards to this question: Do we really need to invest between $500 to $1000 to buy smartphones? The answer to this question would probably be a resounding “no” for many people around the world more than a decade ago.

But as we all evolve as humans, as our lifestyles adapt with the times and our needs and concerns change, so changes our perception of how much money something is worth.

In today’s world, living without a smartphone is virtually impossible. How would you make a doctor's appointment or find your way around while driving?

As people found many features of smartphones more useful with time, so their perception of smartphones became more positive and consumers embraced the formerly unacceptable price points.

As smartphone acceptance grew, fewer and fewer people needed iPods. People were now buying iPhones, be it last year’s model or two generations-old models, as all iPhones were perfectly usable thanks to Apple’s long-term software support. For example, iPhone 6S, which was released in late 2015, has received the latest iOS 14 update. Even though the company admitted that they slowed phones down with new updates and was harshly criticized for it, the long-term software support is still a highly “Apple” thing when compared to the Android phones, which usually don’t make it to the next Android version.

So, as I underlined earlier, iPods became more and more obsolete after the iPhone took off.

But over the years, Apple continued to make iPods, releasing a new iteration of the iPod touch every year. Because they appealed to Android users who would like a taste of the iOS, and families were also buying it for their children who were too young for a phone.

People on a tight budget also chose it as a cheaper iPhone alternative. As a student often short on cash, I even found a workaround to install WhatsApp on my iPod touch and used it for years as a practically non-GSM phone with messaging and FaceTiming capabilities. It was perfect for social media too. All you needed was a WiFi connection, which was getting more and more widespread by the day. Every cafe had a wireless network, so posting a photo to Instagram, messaging your friends over WhatsApp and checking out what’s happening on Twitter wasn't an issue. The Chinese even invented a case-looking gadget that gave GSM capabilities to the iPod, converting the device into a full-blown iPhone with less glory. All you had to do was jailbreak the device to get the device’s full “phone” potential.

After that brief history lesson, let’s take a look at what the future holds for the legendary gadget series.

I was incredibly hyped up when I heard rumors about the potential release of a new iPod touch.

I’m a longtime fan of the series – it was my first introduction to iOS, it was basically my non-GSM smartphone for years and I have always felt somewhat in love with the incredibly slender aesthetics of the device. Furthermore, it also inspired the iPhones in design properties with its fourth generation. When the iPod touch’s fourth iteration was announced, the iPhones were still boxy in shape, and Apple did not revert to sharp-edged design until the release of the latest iPhone 12 and the second generation of the iPad Pro. iPod touch 4’s design elements led the way for visual harmony among all Apple mobile devices for years. But it is apparently iPhone’s turn to inspire the iPod touch’s design now.

According to MacRumors contributor Steve Moser and leakers such as Apple Tomorrow and AppleLe257 on Twitter, a new iPod touch is underway with a boxy, sharp-edged design just like the iPhone 12 series and the iPad Pro.

"We are expecting a redesigned iPod Touch based on information, that I worked on behind the scenes, with @AppleLe257! Here are renders I made of it!" Apple Tomorrow said in a tweet, adding that they also own the concept.

In the renders shared by Apple Tomorrow, the potential iPod touch is seen in its full glory – a nearly bezel-less display, sharp edges and a single camera unit with a flashlight.

The display is also seemingly top-notch but without the “notch” – by the way, this notchless design led to even more rumors as some social media users pointed to the possibility that Apple will implement an under-display camera in the new iPod, making the cut-out unnecessary.

Both Moser and leakers refrain from calling this “a leak” and insist that it is still just a “rumor.” But the fact that 2021 is the iPod’s 20th anniversary combined with the fact that Apple has recently announced lossless music support for Apple Music among a few other reasons cement my belief that the iPod is making a comeback.

By the way, iPod touch’s “touch” moniker was an obligation for Apple to differentiate it from the late 2000s to early 2010s-era iPods without touch controls. Now that old school iPods – such as the iPod Classic, iPod nano and iPod shuffle – are not produced anymore, Apple may well call the new iPod touch just the “iPod” (considering how important “simplicity” is in Apple’s philosophy) and continue to produce it as a capable music player targeting audiophiles who want less screen time on their phones, children who are too young for a smartphone and whose parents want them to access educational material on the AppStore, as well as mobile gamers who could use a companion to their iPhones so that they can play games without draining their phone’s battery.

Besides, Apple may also emphasize the new iPod as a much cheaper entry point to the ever-growing and vast library of iOS games and, most importantly for Apple in terms of financial gain, the Apple Arcade subscription system that proves more profitable day by day.

The mobile gaming scene has been growing, especially thanks to many indie hits, ports of retro games and otherwise non-mobile games skillfully crafted for touch controls and ported to iOS and Android. This proves that mobile gaming has a future.

The initial resistance to mobile gaming stemmed from the fact that touch screens do not have tactile feedback, and that playing a game with a not-so-precise control method will always lack sophistication. That’s very true, but this argument fundamentally lacks the proper analysis of mobile gaming’s place in the world of gaming: Yes, it will never replace PC-grade or console gaming in any way. Yes, tactile feedback will always be important for precision and stability. But mobile gaming has emerged as a totally separate way of gaming: It is not a replacement, it is enjoyable in its own right. Some people really do prefer touch screens, or rather have gotten used to them more than they even thought.

So, as the mobile gaming scene grows, so will the drain on phones’ batteries and so will the number of people who are constantly on the move (provided that the COVID-19 pandemic soon ends thanks to worldwide vaccination campaigns, of course) and who would also like to enjoy mobile gaming having to overly worry about missing an upcoming business meeting on Zoom due to lack of juice.

Apple Worldwide Developers Conference (WWDC) is just two weeks away, and Apple may well prove me, Moser and other leakers wrong. But I am fairly certain that they are going to announce the new iPod touch with a name reboot, like “iPod,” and they will offer it to hardcore mobile gamers, Android users with curiosity or interest in the Apple ecosystem, audiophiles and parents as an entrance into the “wonderful world” of iOS games and apps, Apple Arcade titles and a lossless Apple Music experience.

Let’s wait and see. My intuition tells me it's making a comeback, but this is Apple at the end of the day. They can be predictable sometimes and unpredictable at other times; they tend to prove some leaks true and some wrong. But this time ... Yes, I am very sure that the legendary iPod is going to be back to prove that it has every right to exist.