Facebook’s fight against privacy doomed to end as Apple persists 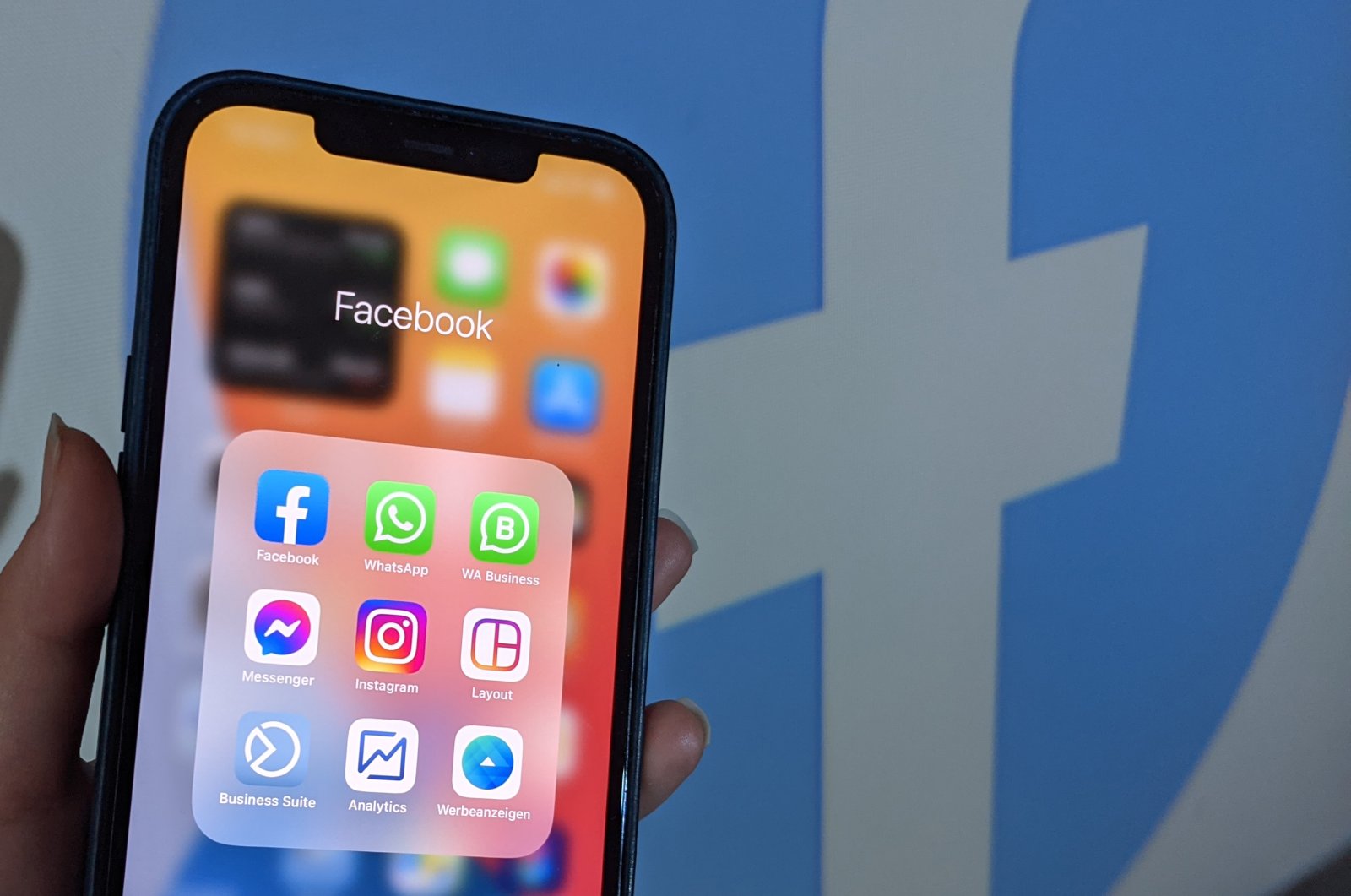 Capitalism is all about concerns, needs and luxury. Nowadays, Apple seems adamant about catering to the needs and concerns of the privacy-savvy and is making a point: The safety of user data should not be a luxury

It was 2010, the golden age of social media. There were not as many people that openly declared their hate against platforms such as Facebook. Instead, people were enjoying the convenience social media was bringing, which almost completely killed off the early internet-era habit of ours: “surfing” the web.

We were no longer obliged to browse the depths of the internet for information. A simple query on Twitter, and voila. Or a simple hashtag on Instagram for any visual content, in a single click.

Everything humanity designs ends up being organized in some form, which is an evolutionary trait of ours. But still, surfing the internet and browsing for exciting new web pages is an enjoyable act for many “old-school” users.

The early days of social media also saw a major revelation with regards to a social media giant, with a single tweet. It was so revelatory that I cannot imagine what the tweet would lead to, if Nick Bilton, the then-lead technology blogger for The New York Times' Bits Blog and author of many NYT best-sellers, tweeted it in 2021.

The young billionaire’s company is so controversial that the list of privacy scandals it has been entangled in so far is nearly as long as the to-do list of a Pentagon staffer after Kim Jong-un fires another missile into the Sea of Japan.

“Off the record chat with a Facebook employee,” NYT’s Bilton said in his famous tweet in 2010. “Me: How does Zuck feel about privacy? Response: (laughter) He doesn’t believe in it.”

Now, that’s problematic, from head to toe. Yes, people make mistakes, they can change their mindset and worldviews and correct their wrong ways, but this is Facebook. It is a company that has been issuing countless apologies for nearly 20 years now, adding another mistake, privacy scandal and disappointment to its list of utter shamelessness. It is a company that feeds on user data, relies on it, and still continues to betray the confidence of people to whom this data belongs.

Take Google for example. It is by no means perfect, and it’s anti-privacy at its core too. There are many concerns with regards to its alleged ties to intelligence organizations, "shady" business practices and privacy scandals of its own too. But it’s nowhere near Facebook's scale of bankruptcy in reputation. Google, comparatively, gives more confidence to its users when compared to Facebook.

With Facebook's joking behavior when "declaring" its commitment to the safety of user data aside, let’s now take a look at its privacy fight with Apple.

Apple is yet another tech giant without a clean record in privacy, especially due to the iCloud data leak. It is, again, by no means perfect. But it has the cleanest record of all and continues to be, at least seemingly, fighting for privacy – be it for the company’s own sake or not.

This is expected in a capitalist world; it’s a clash of needs and concerns, every one of which can be utilized to generate capital. But the way Apple has chosen to grow financially seems more of a mutualistic way of doing things, which also works out in the favor of customers who care about their privacy.

Yes, Apple is a for-profit company and it exists to make money; financial gain is above anything else. Nobody believed they were removing the charger from the iPhone 12’s box over environmental concerns, it was a sale tactic. But it is also Apple who is weaponizing privacy concerns.

We can never be sure 100% if Apple is implementing every pro-privacy feature and move it promises, but history has shown that the iOS side has experienced only a fraction of cybersecurity threats and privacy issues compared to Android. And with the newest iOS version, 14.5, the company has introduced a new feature: App Tracking Transparency, or ATT for short.

ATT is a feature that comes with iOS and iPad OS devices that have the newest software update and it was announced to the public with a hard-hitting advertisement by Apple that emphasized the importance of privacy so much as to cause Facebook to lose sleep in their headquarters.

ATT requires applications installed on the device to ask for permission if they want to track your activity across other apps and platforms. Normally, apps track your activity on your device to push personalized ads and sell your ad profile to third-party advertisement agencies, essentially turning you into a product for their clients, who are always thirsty for more customers. For example, if you love to attend auctions, the agency will show you what’s the latest finds at Sotheby’s, or if you are into fishing, you will see brand new rods while switching between Instagram stories.

But ATT is also Facebook’s biggest nightmare because it kills the lifeline of the social media giant and makes its business model collapse, and with billions of Apple users around the world, that is worrisome.

Zuck’s concerns have also been justified lately, as it was revealed by new research carried out by Verizon-owned Flurry Analytics, that only 4% of all Apple users in the U.S. have accepted to be tracked by Facebook’s hungry cookies and algorithms.

Facebook will lose to Apple – if it won’t comply

No matter how important Facebook’s billions-strong user base is, there is a simple fact: Apple is crucial in today’s and possibly tomorrow’s tech scene that Zuck and his team will be forced to comply. And one only needs to look at Apple’s removal of Fortnite from the App Store. The game was taken off the store in the blink of an eye in response to Epic Games’ move to introduce its own payment system, which was a clear violation of the App Store rules. And that move came when almost 30 million people played the game daily.

The issue, which the legal authorities in the U.S. are handling right now, lost Apple so much money that a small tech company could have been founded with the amount the Cupertino-based giant would make if Fortnite had continued to remain on the App Store. It was known that many users chose to make their payments on their Apple devices even if they used the same account on their PlayStation or Xbox, which is telling on its own: It clearly indicates that people trust Apple more than Sony and Microsoft and choose to pay over the App Store.

So, Apple has proven that it is courageous and financially sustainable enough to be able to lose so much profit.

Even though Facebook’s user base (including those on Instagram and Whatsapp) is many times larger than Fortnite’s, I'm sure Apple, albeit not so quickly and easily this time, will make the bold move to remove all Facebook apps from the App Store, however painful it may be. Even if Apple doesn't find the courage to do this, you only need to stop and think for a moment: Who will lose the most? A company that relies heavily on hardware sales, or a company that relies on every bit of user data? The answer is simple: The loser will clearly be Zuck in this fight.

Considering the strong foundation that keeps Apple users in Apple’s own walled garden, aka the Apple ecosystem, the situation seems even direr for Facebook.

The point here is that capitalism is all about needs, concerns and luxury. People need gadgets to be able to adapt to modern life, and Apple also provides luxury, which comes attached with an exorbitant price tag. But the company also has budget-focused devices. But Apple caters to the concerns of privacy-savvy individuals, a lifeline of people growing more conscious and aware of such threats. In this sense, Apple is taking advantage of people’s concerns, that’s true, and maybe even slightly unethical. But at the end of the day, privacy has a higher value for every person on the planet than the perceived usefulness of personalized ads for products we do not even need.

Facebook is bound to lose in this fight because it’s on the side of “evil” – or the side of ad agencies hungry for more customers. On the other hand, Apple is on the side of what really matters – whether it only cares about privacy for the sake of money or not.