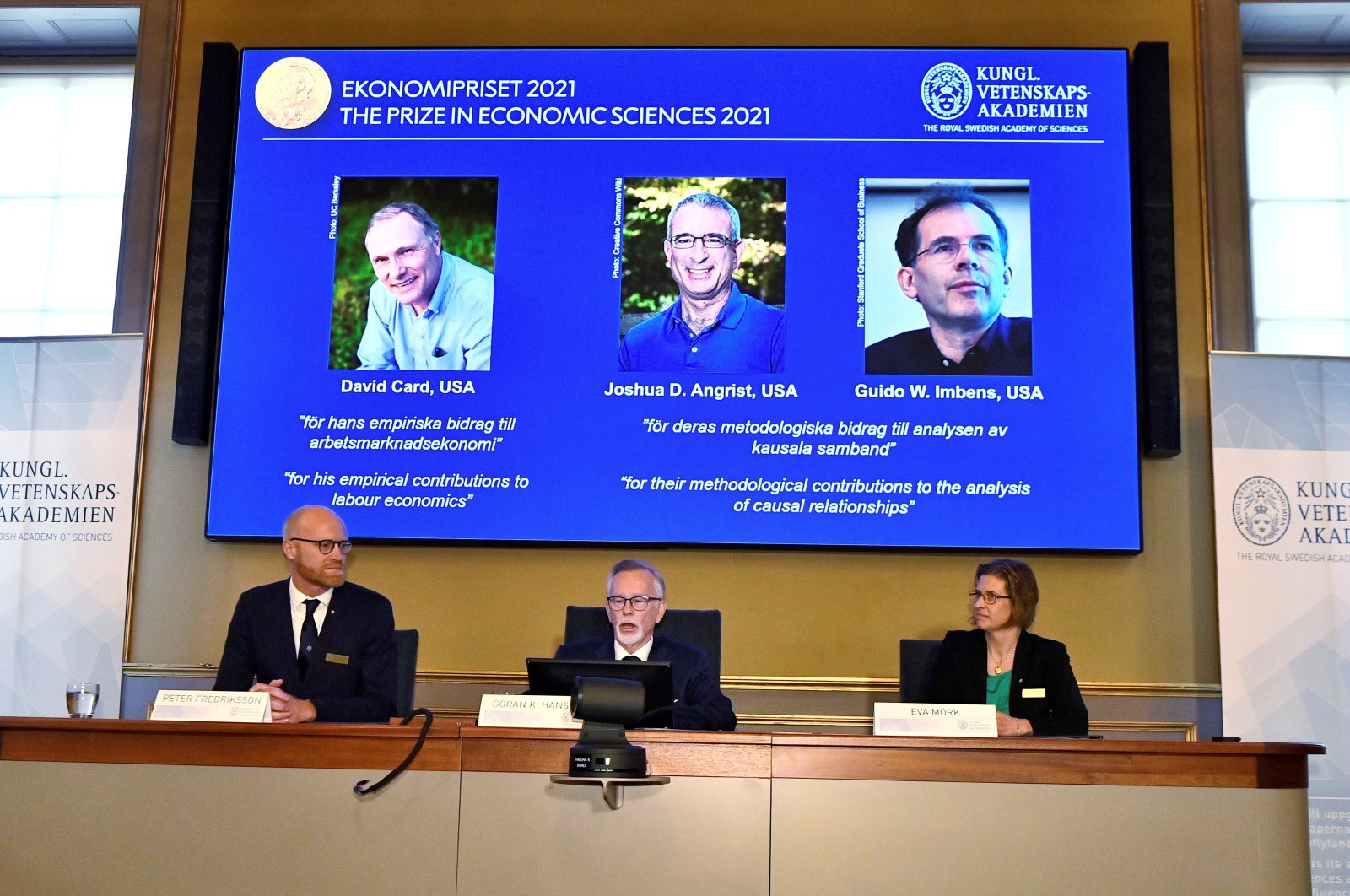 The 2021 Nobel economics prize was awarded to economists David Card, Joshua Angrist and Guido Imbens on Monday for pioneering the use of "natural experiments" to understand the causal effects of economic policy and other events.

Natural experiments use real-life situations to work out impacts on the world, an approach that has spread to other fields and revolutionized empirical research.

One such experiment by Canada-born economist Card on a minimum wage increase in the U.S. state of New Jersey in the early 1990s prompted researchers to review their view that such increases should always lead to falls in employment.

"Natural experiments are everywhere," Eva Mörk, a member of the Prize Committee for the Alfred Nobel Memorial Prize in Economic Sciences, told a news conference of the impact the method has had across all the social sciences.

Past Nobel Economics prizes have been dominated by U.S. institutes and this was no exception. Card currently works at the University of California, Berkeley; Angrist at Massachusetts Institute of Technology, Cambridge and Dutch-born Imbens at Stanford University.

The prize, formally known as the Sveriges Riksbank Prize in Economic Sciences in Memory of Alfred Nobel, is the last of this year's crop of Nobels and sees the winners share a sum of 10 million Swedish crowns ($1.14 million).

The prestigious prizes for achievements in science, literature and peace were created and funded in the will of Swedish dynamite inventor and wealthy businessperson Alfred Nobel.

They have been awarded since 1901, though the economics prize – created through a donation from Sweden's central bank on its 300th anniversary – is a later addition that was first handed out in 1969.

While the economics award has tended to live in the shadow of the often already famous winners of the prizes for peace and literature, laureates over the years include a number of hugely influential economists, such as Austrian-British Friedrich August von Hayek and American Milton Friedman.