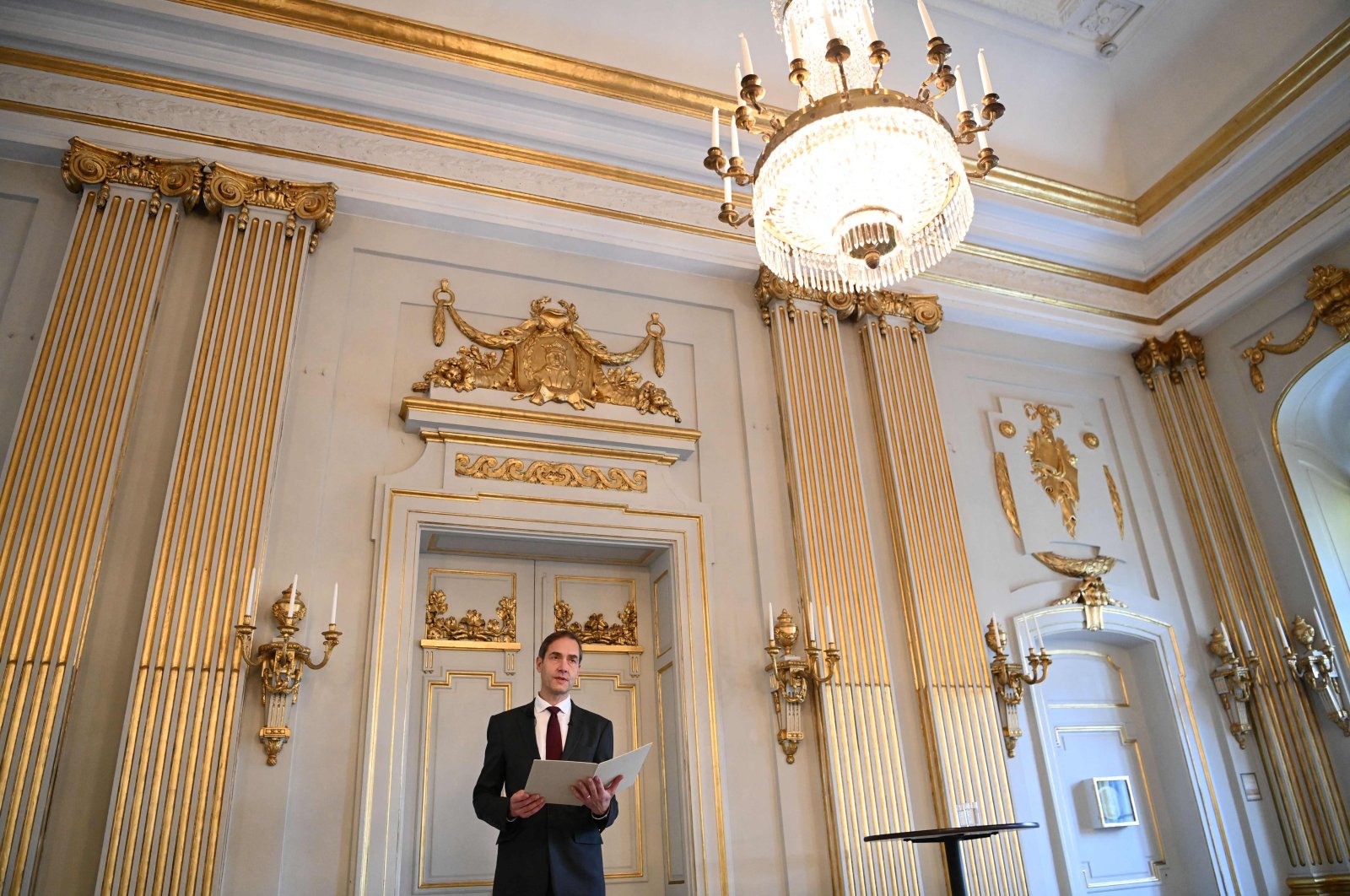 Mats Malm, permanent secretary of the Swedish Academy, speaks during a press conference to announce the winner of the 2021 Nobel Prize in literature at the Swedish Academy in Stockholm, Sweden, Oct. 7, 2021. (AFP Photo)
by French Press Agency - AFP
Oct 07, 2021 2:06 pm

The 2021 Nobel Prize in literature was awarded to Tanzanian-born novelist Abdulrazak Gurnah on Thursday “for his uncompromising and compassionate penetration of the effects of colonialism and the fate of the refugee in the gulf between cultures and continents.”

The Swedish Academy said the award was in recognition of his "uncompromising and compassionate penetration of the effects of colonialism and the fate of the refugee in the gulf between cultures and continents.”

Born in Zanzibar in 1948 and based in England, Gurnah is a professor at the University of Kent. He is the author of 10 novels, including "Paradise,” which was shortlisted for the Booker Prize in 1994.

Anders Olsson, the chairperson of the Nobel Committee for Literature, called him "one of the world’s most prominent post-colonial writers.”

The prestigious award comes with a gold medal and 10 million Swedish kronor (over $1.14 million). The prize money comes from a bequest left by the prize’s creator, Swedish inventor Alfred Nobel, who died in 1895. Last year's prize went to American poet Louise Glück for what the judges described as her "unmistakable poetic voice that with austere beauty makes individual existence universal.” Glück was a popular choice after several years of controversy. In 2018 the award was postponed after sex abuse allegations rocked the Swedish Academy, the secretive body that chooses the winners.

The awarding of the 2019 prize to Austrian writer Peter Handke caused protests because of his strong support for the Serbs during the 1990s Balkan wars. On Monday, the Nobel Committee awarded the prize in physiology or medicine to Americans David Julius and Ardem Patapoutian for their discoveries into how the human body perceives temperature and touch.

The Nobel Prize in physics was awarded Tuesday to three scientists whose work found order in seeming disorder, helping to explain and predict complex forces of nature, including expanding our understanding of climate change.

Benjamin List and David W.C. MacMillan were named as laureates of the Nobel Prize in chemistry Wednesday for finding an easier and environmentally cleaner way to build molecules that can be used to make compounds, including medicines and pesticides. Still to come are prizes for outstanding work in the fields of peace and economics.