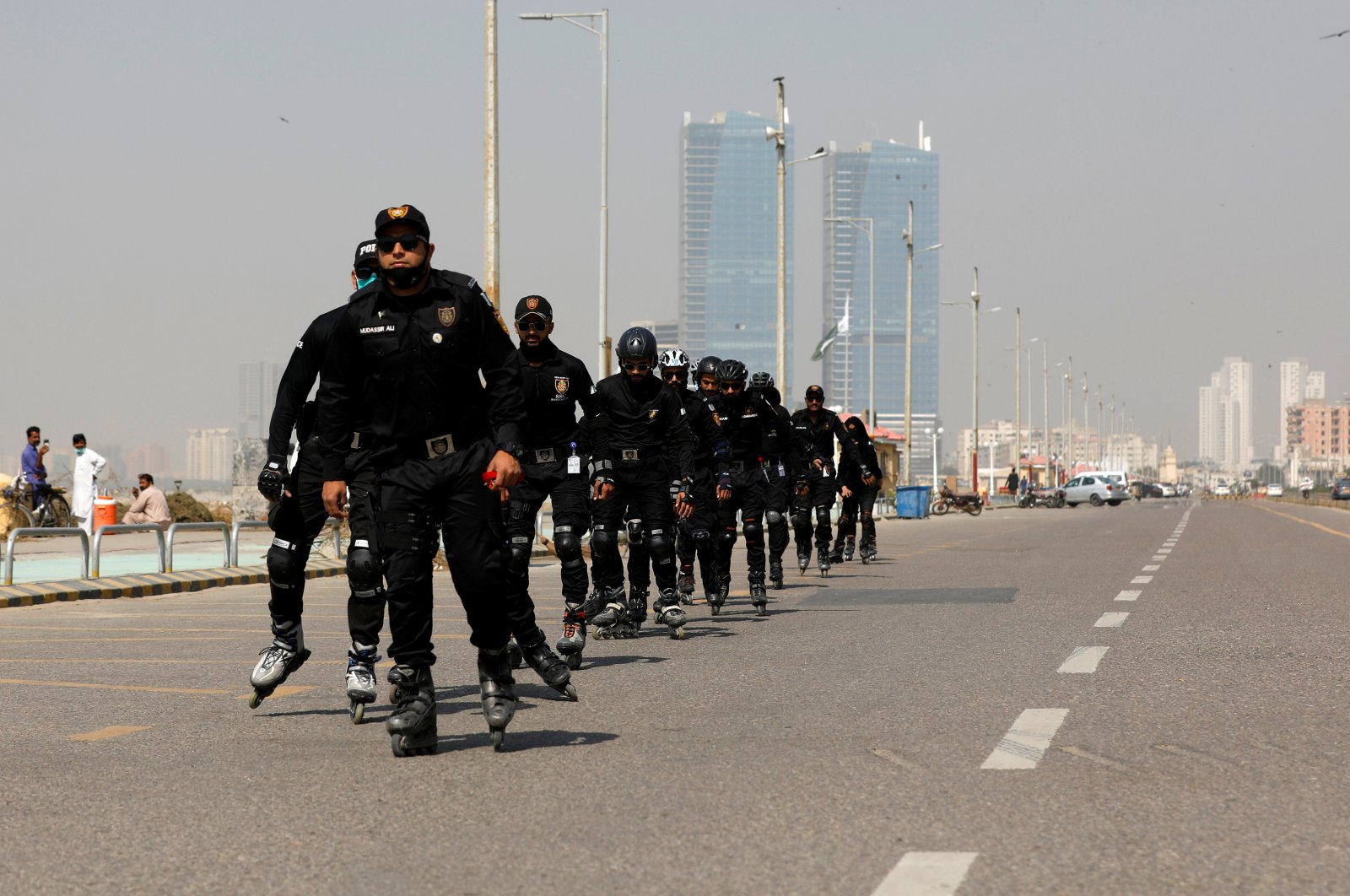 Countries around the world employ different equipment to give their police an advantage against criminals on the street, from vehicles and motors to horses. One of the more unique instances recently has been in Pakistan, as police in Karachi, the largest city in the country, began deploying an armed rollerblading unit to curb theft and harassment on its teeming streets.

Gliding in a circle with their weapons pointed inwards, and lifting and lowering their guns in unison, the 20-member unit clad in black undergoes rigorous training.

"We felt we needed to come up with an innovative approach to control street crime," said Farrukh Ali, chief of the unit, explaining that officers on rollerblades could more easily chase thieves on motorcycles through the city of 20 million.

Ali conceded that rollerblading police could not be deployed across many parts of Karachi due to the poor road conditions and uneven footpaths, but said they would be sent to public places with a higher incidence of theft and harassment.

"This is just the beginning," said Aneela Aslam, a policewoman on the unit. "This rollerblading will really benefit us. With this training, we can reach narrow alleys very quickly where it is usually difficult to go."

Safety concerns were raised when initial footage of the Karachi unit's training showed officers carrying heavier weapons, but Ali said the unit would only carry handguns, reducing the risk of bullets ricocheting.

The rollerblading police – who follow in the footsteps of similar units in Europe and elsewhere – are expected to begin officially next month, but they were recently spotted outside the venue of the Pakistan Super League cricket tournament.

"Seeing them here in clean uniforms since the morning gives us a sense of security, as even in daytime, snatchings occur here," said pedestrian Muhammad Azeem.