Petrus 2000 wine aged in space could fetch $1M at Christie's 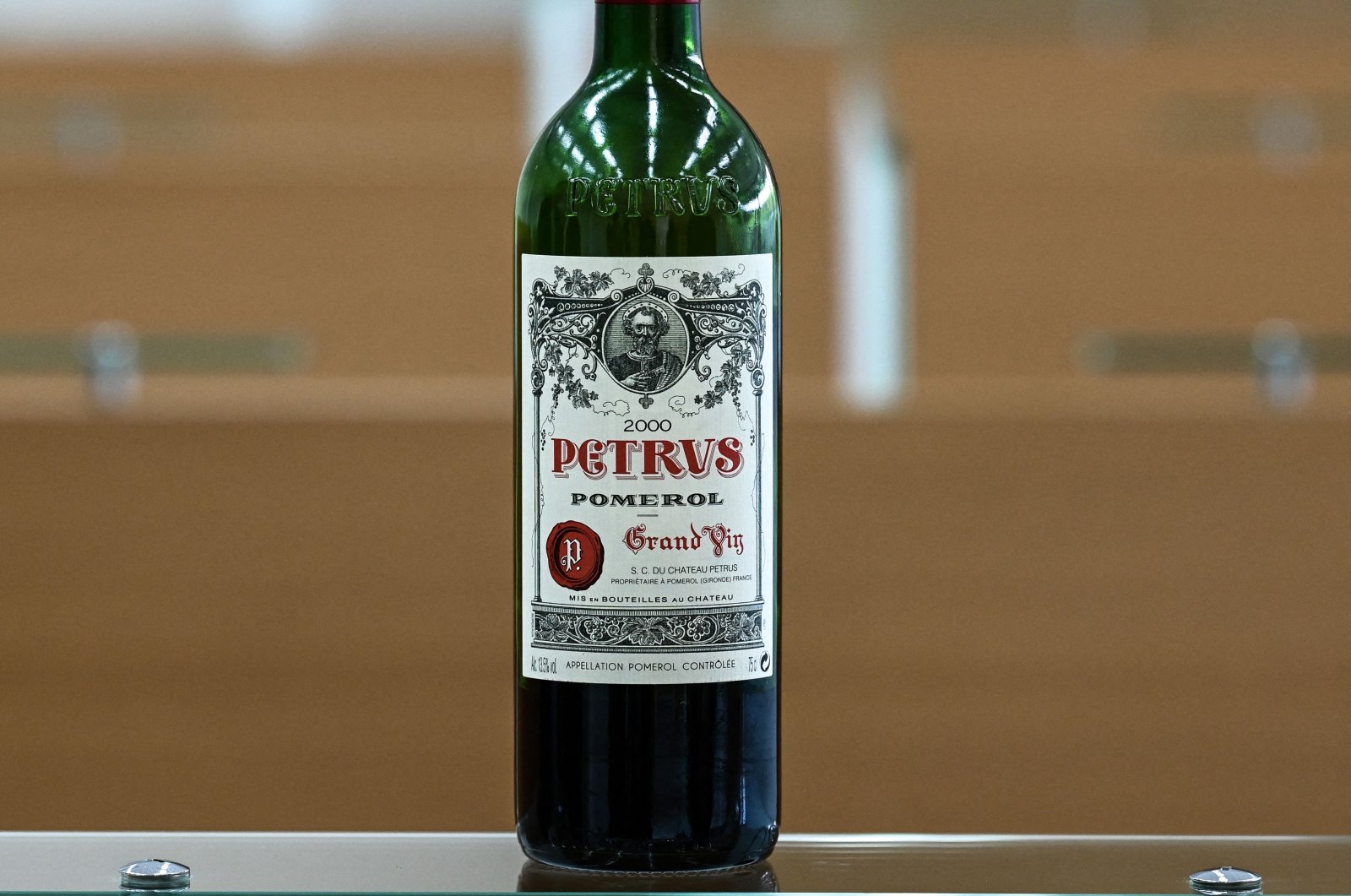 A bottle of Petrus that went into space is displayed at the University of Bordeaux Institut des Sciences de la Vigne et du Vin (Institute of Vine & Wine Science) in Villenave-d'Ornon, on the outskirts of Bordeaux, southwestern France, March 1, 2021. (AFP Photo)
by French Press Agency - AFP May 05, 2021 2:52 pm
RECOMMENDED

A bottle of Petrus 2000 wine aged for 14 months aboard the International Space Station (ISS) is going on sale at Christie's auction for possible $1 million.

Christie's hopes the bottle, now up for grabs in a private sale, will fetch $1 million, which would make it the most expensive wine ever sold.

The bottle is one of a batch of 12 that European startup Space Cargo Unlimited sent into orbit as part of research into how food and drink mature in space.

The wine spent almost 440 days in space, or the equivalent of 300 trips to the Moon, Space Cargo Unlimited Nicolas Gaume said in a press release.

It left for the ISS on Nov. 2, 2019, in a spacecraft known as a Cygnus capsule and returned on Jan. 14, 2021, aboard a Dragon capsule manufactured by Elon Musk's SpaceX.

Tests carried out in March by a wine science institute in Bordeaux found that the bottles "positively endured all the constraints of preparation, travel, and storage on the ISS," Christie's said in its press release.

At the end of a blind tasting, the researchers noted "remarkable differences in the color, aroma and taste components," between the celestial bottles and equivalents which had remained on earth.

"The wines sampled were commended for their complexity and considered to be great wines," Christie's added.

The sale is expected to smash the record price for a standard 750-milliliter bottle of wine.

The private sale means the buyer and price will remain confidential unless the buyer chooses to identify themselves publicly.

Petrus, from the Pomerol region near Bordeaux, is considered one of the world's finest wines. A classic bottle of Petrus 2000, considered a great vintage, currently sells for around 4,500 euros ($5,400).