Pumpkin remixed: 4 sweet and savory recipes to try this fall 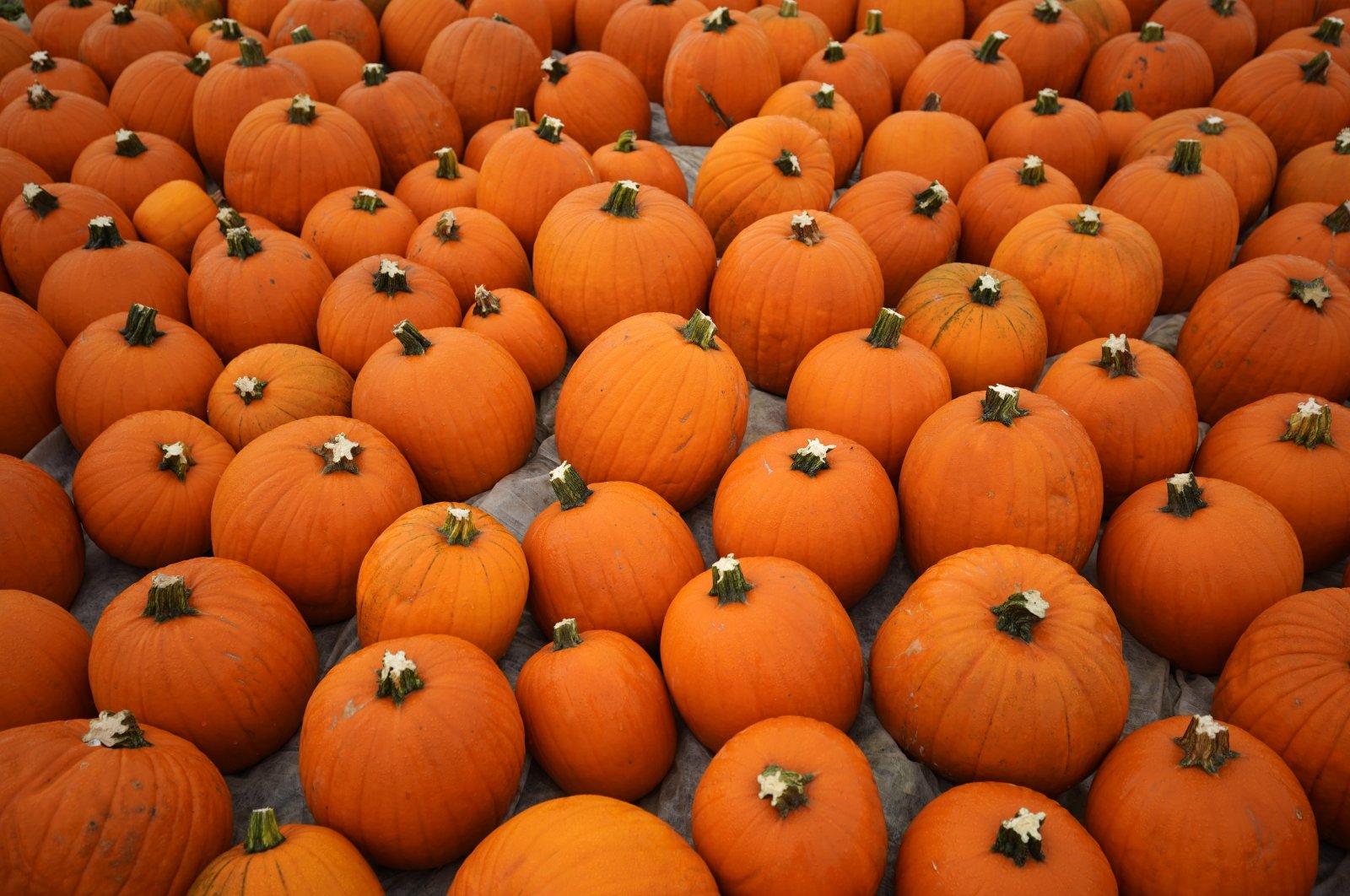 From savory pumpkin pasta to sweet and creamy pumpkin cheesecake and more, we've got four delicious recipes for you to try out and put to use one of fall's most nutritious fruits

My favorite season is fall without question. Apples, figs and grapes are in abundance, and when finally cauliflowers sprout, I am truly in heaven. But there is one fruit, not a vegetable in the botanical sense anyway, that was never really introduced to me: pumpkin. My extended family would occasionally make the classic Turkish dessert out of it, but it never really intrigued me.

When thinking about pumpkins, the first recipes that come to my mind is almost exclusively pumpkin pie and pumpkin soup. Those sounded great and all, but I wanted to go beyond the classic and American recipes so last week I dived in deep and tried out a few recipes that are not the two classics mentioned beforehand. Results: I am loving it!

Literally meaning pumpkin dessert in Turkish, this sweet treat is surprisingly easy to make. Perhaps the pumpkins I chose weren’t the best because this recipe is simple to whip up. The perks of living close to the local bazaar are plenty, and when I got my hands on some prime pieces, I had no other excuse to put off making this dish any longer

Remove the thick peel of the pumpkin and cut them into 3-4 centimeter (1 1/2-inch) thick pieces.

Get a broad pot (preferably not a nonstick one like Teflon) and arrange the pumpkin pieces next to each other, covering them in sugar. If the pot is not broad enough, you can layer the pumpkin, add the sugar, add another layer of pumpkin slices and cover it with sugar again.

Close the lid and let the two ingredients rest for a minimum of four hours and if possible, the whole night before. The sugar will melt in this process.

After it has rested, simmer the pumpkins for up to an hour until they have softened sufficiently. Depending on the kind of pumpkin you use, this might take less time so make sure to check often. The syrup will also darken slightly while cooking.

Let the dessert cool off. Serve by drizzling some of the syrup over the pumpkin pieces and top it off with some crushed nuts.

Pasta dishes are a crowd-pleaser and taste even better after being baked in the oven if you ask me. This little obsession of mine culminated in a rather fitting article where I presented you with three different kinds, which you can read here.

Naturally, I tried to make something that combined pasta with pumpkins, and the result was nothing short of amazing.

Wash well and peel the pumpkin, and cut it into cubes.

Chop the onions and the garlic and sautee them in a deep pot with some vegetable oil. When the onions soften, add the pumpkin cubes and cook them together for a bit.

Add the flour over them and cook some more. Then pour in the heavy cream and mix well. Finally, add a bit of water to cover the vegetables, and let it simmer for 10 minutes. Don't forget to give it an occasional stir.

While the pumpkins are simmering, cook the pasta according to the given instructions. Drain the pasta and add it to the vegetable mix, alongside about 200 grams of your cheese of choice. Give the whole mixture a good mix and transfer it to your baking tin of choice and cover it with the remaining 100 grams of cheese, preferably grated.

Are pumpkin cheesecakes a new trend or am I late to the bandwagon? Almost all the recipes I search for have crusts made of crushed crackers or biscuits with molten butter, but I'd rather have something smoother and cohesive so to speak. The second problem I encountered was that many recipes listed canned pumpkin and not the fresh kind. I was also not in the mood to research how to make pumpkin puree. So with some German and Turkish inspiration, here is a German-style pumpkin cheesecake that will make your knees soft because it is so creamy.

Wash and peel the pumpkin and cut them into small cubes. Cook the pumpkin with the heavy cream until it has softened. This might take 10-15 minutes depending on how big the pumpkin pieces are. Let it cool off.

Meanwhile, prepare the base layer by mixing the dry ingredients, namely flour, cocoa, baking powder and salt and then adding 100 grams butter, 75 grams sugar and one egg. Knead until all the ingredients are fully incorporated and press this dough into a springform that you have previously greased up. Makes sure the dough goes up to the sides and covers them as well, and is even.

Preheat your oven to 200 degrees Celsius and begin preparing the filling by melting the 130 grams of butter and letting that cool off a bit. Mix the melted butter, cream cheese, the remaining sugar and cinnamon and whisk until all the ingredients are well incorporated. Add the three eggs one by one and mix again. Pour the filling into the springform and bake for 20 minutes in your preheated oven. After that, turn down the heat to 120 degrees and bake it for another 45 minutes. Once the time is up, turn the oven off and let the cake rest for an hour.

Take the cake out and let it cool off completely before you cut into it.

The last recipe for today is one that incorporates pumpkin seeds to make it truly pumpkintastic. It also makes for a great snack that can be easily carried around.

Wash and peel the pumpkin, and then grate it. In a separate bowl, mix the eggs and sugar until it turns light and fluffy. Mix the dry ingredients, ie the flour, cinnamon and baking powder, and add them into the sugar mixture, slowly during the liquids into it and alternating between lemon juice and milk. Finally, add the grated pumpkin in as well.

Fill the muffin cups to about two-thirds full and sprinkle on the pumpkin seeds.

Bake at 180 degrees Celsius for about 20 minutes. Test with a toothpick to check if they have baked through. (If it is thoroughly cooked, the toothpick will come out clean and dry.)

Let them cool off and then enjoy!

US-LIBYA-RELATIONS
KEYWORDS
recipes of the week