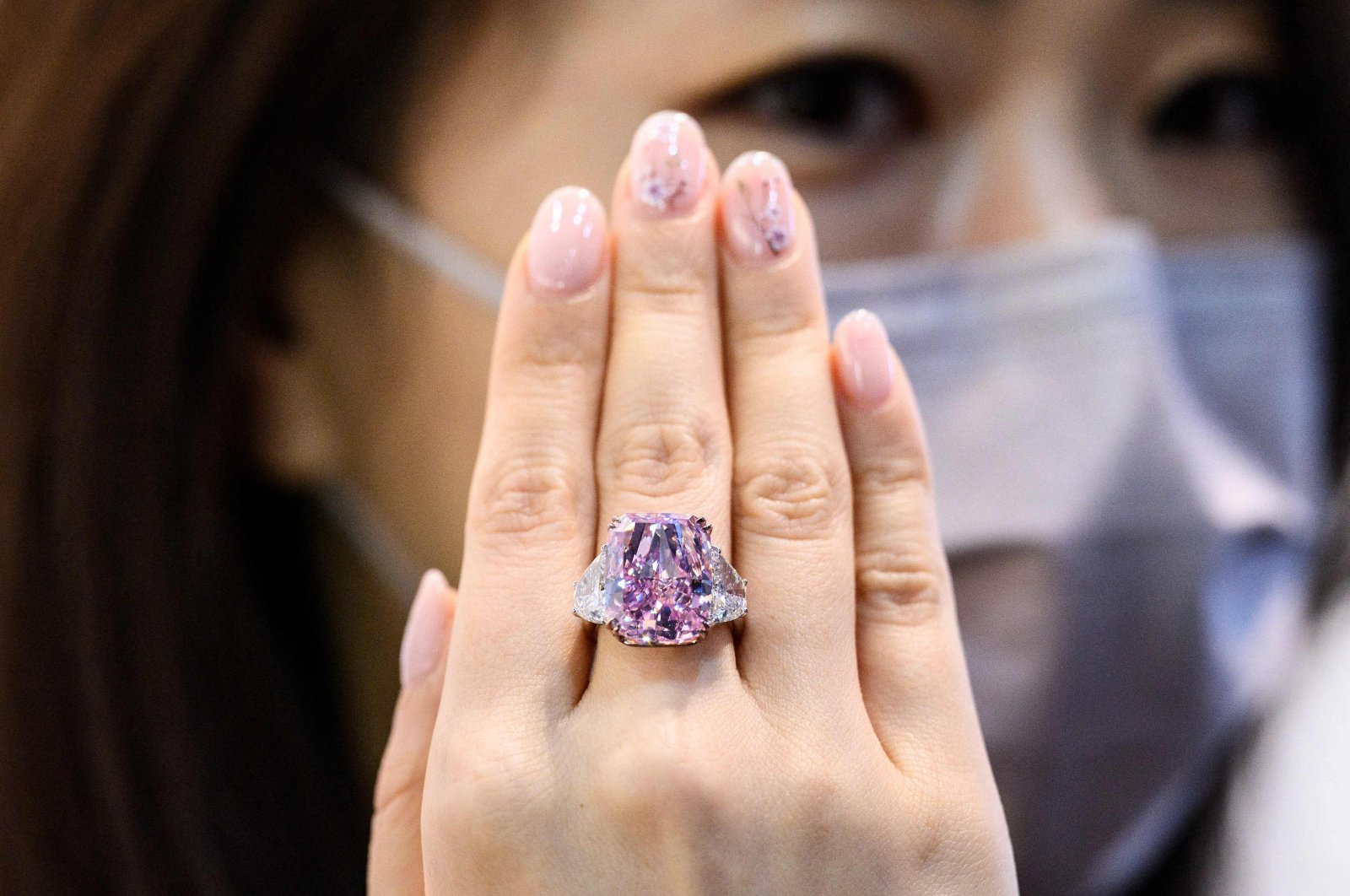 Diamonds are a luxury item all over the globe, and they cost a pretty penny. However, there aren't many diamonds in the world that are as unique, beautiful and as expensive as the one sold at an auction in Hong Kong recently, setting a record-breaking price for its kind.

A purple and pink-colored diamond named "Sakura," put up for sale by the auction house Christie's in Hong Kong, cost its new owner a price of $29.3 million. A collector who attended the auction over the phone was the lucky buyer who gave the highest bid for the extremely rare 15.81-carat diamond.

“The Sakura,” which is a purple-pink diamond set on a platinum and gold ring according to Christie’s, and named after the Japanese word for cherry blossom, surpassed the previous record for purple-pink diamonds set by “The Spirit of the Rose,” a 14.8-carat purple-pink diamond, which was sold for over $27 million last November at an auction by Sotheby’s in Geneva, Switzerland.

“The Spirit of the Rose” was cut from a larger rough diamond found in Yakutia, northeast Russia in 2017, and weighed 27.8 carats, which was believed to be the largest pink crystal that was ever mined in Russia. It had gotten its name from Russian-Polish dancer Vaslav Nijinsky's last ballet performance on stage.

Among all the pink-colored diamonds though, the most expensive to be sold title still rests with the “Pink Star,” or formerly known as “Steinmetz Pink,” which was sold for $71.2 million in Hong Kong in 2017.

The Pink Star, which weighed 132.5 carats in the rough, was discovered in 1999, in De Beer, South Africa. Its extreme rarity meant that it took a cautious 20 months to cut the Pink Star. The diamond was unveiled in Monaco on May 29, 2003, in a public ceremony.

In Christie's Hong Kong auction, another pink diamond that was put up for sale, the "Sweet Heart," found its new owner for $6.5 million.