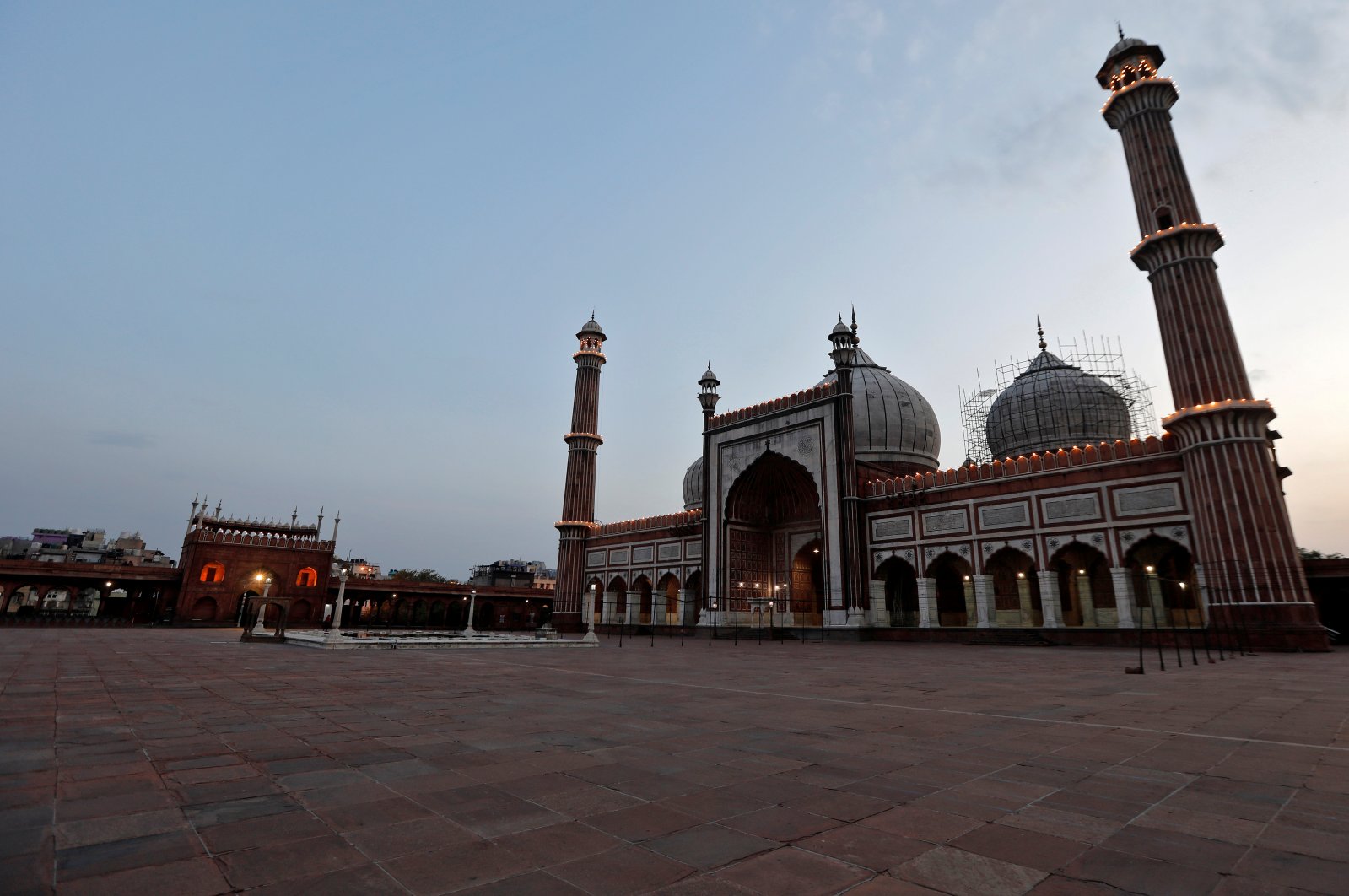 An empty view of Jama Masjid is seen at iftar time on the first day of the Muslim fasting month of Ramadan in the old quarters of Delhi, India, April 25, 2020. (REUTERS Photo)
by Anadolu Agency May 03, 2020 9:39 am
RECOMMENDED

A Hindu Brahmin woman joins Muslims in fasting during the holy month of Ramadan in a bid to promote communal harmony and peace among all faiths.

Jayshree Shukla, 52, says it is her way of spreading love, peace and boosting brotherhood.

What started out as a love for heritage and photography in 2015 soon turned into an immense love for a city within a city: Shahjahanabad.

“The older parts of Delhi, made up of Jama Masjid in Shahjahanabad, became my main focus,” she told Anadolu Agency (AA). “My abiding interest in heritage led me to spend hours in the areas, thus introducing me to Ganga-Jamuni Tehzeeb and Ramadan,” she said of the culture of central North India, which fuses Hindu cultural and Muslim religious elements.

Multiple visits to one of the largest mosques in India, Jama Masjid, as an observer and photographer, led Shukla to mingle with Muslims. Captivated by the complete sense of inclusiveness and acceptance by the community, she fell in love with the culture.

“At the mosque, nobody ever asked me which religion I belonged to. In the evenings, during iftar, people would offer me food they brought from home. This touched me as in those areas. I was the minority, still, I was treated with so much respect and love,” said Shukla, who experienced her first Ramadan in 2019.

After the results of the Indian general elections in 2019, Shukla says she felt there was a need to build bridges because of growing hatred and polarization.

On the day results were released, there were still 17 days left and she decided to observe them.

Shukla believes it was important to show solidarity to the Muslim community and despite pressure from her extended family, she observed the fasting days with the help of her family driver, Mohammad.

Her husband, Rajesh Srivastava, a placement officer, was already holding iftar parties at his ancestral home in North India’s Uttar Pradesh for the past several years.

“Nobody directly questioned me, but some extended family members were uncomfortable,” said Shukla. “While I am not devout or religious in my own space, I come from a Brahmin family, thus discomfort was expected,” she said of her traditional family that is responsible for spreading sacred knowledge.

None of the frowns, however, deterred Shukla, with many friends joining her in keeping the fasts or becoming interested in the culture.

This year, under the coronavirus lockdown, Shukla again decided to observe the fast – this time on the first and last day of the month, in the company of her driver.

She feels it helps her connect with the community and better understand the culture.