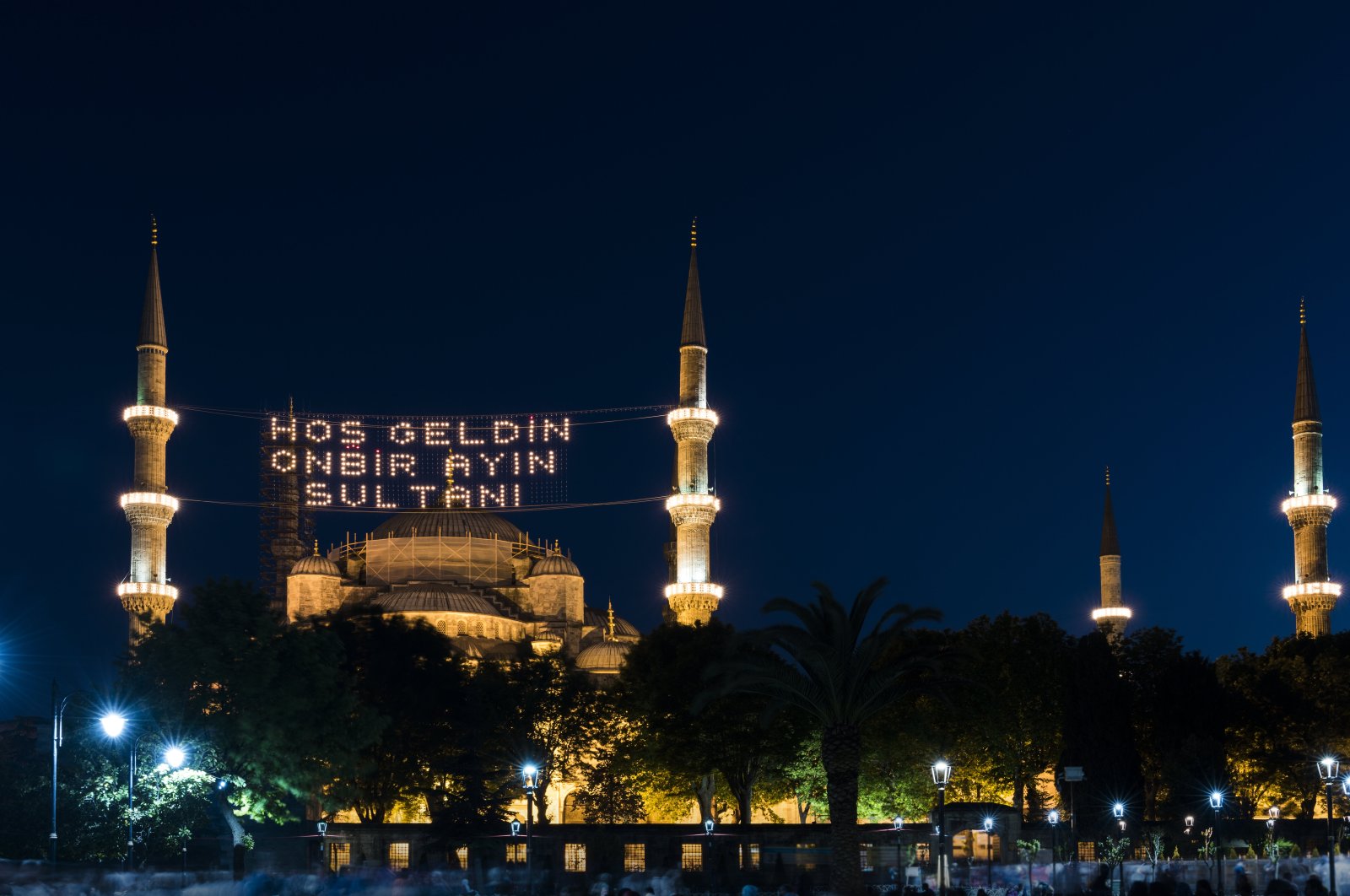 The Blue Mosque is decorated specially for the holy Islamic month of Ramadan, with a “mahya,” a special adornment with lights, saying "Welcome! The Sultan of 11 months," Istanbul, Turkey. (Getty Images)
by DAILY SABAH Apr 11, 2021 9:27 pm
RECOMMENDED

As the holy month of Ramadan approaches, Muslims and non-Muslims alike have been pondering upon questions on whether people with psychiatric conditions should fast during Ramadan and how it might affect their health.

Erensoy prefaced his advice by saying that it depended heavily on the severity of the condition, and they had received many questions from patients on this subject as Ramadan approached.

“A lot of people seek our advice during this period, with questions about whether they would be able to fast and their new medicine schedule and what the effects of taking medicine after being hungry and thirsty for a long time would be,” Erensoy said.

“Whether psychiatric patients can fast is very much interlinked with the severity of their condition, whether it's chronic and the properties of their drugs. Aside from these factors, the patient needs to be aware and careful about if he has chronic diseases like a heart condition, hypertension, epilepsy or diabetes,” he said.

Erensoy noted that sleep schedules and patterns were also quite important for many psychiatric patients.

“The sleep pattern is one of the important matters to keep an eye on in Ramadan, and prolonged sleep regressions can cause a spike in the severity of the mental illness.”

“Another issue comes up from problems related to delaying medicine intake. In some patients, this can be accommodated by changing the hours without hampering the dosage, but this should be done by a psychiatric expert,” Erensoy added.

Erensoy also pointed out that in the case of bipolar disorder sleep patterns carried extra importance, while mood-stabilizing drugs such as Lithuril were essential for blood levels.

“Hunger and thirst for a long time can be dangerous as the drug can affect the blood level. People with bipolar disorder need to be extra careful about fasting and decisions on fasting should be made in consultation with psychiatrists,” he said.

Erensoy concluded his remarks by saying that those who have psychotic conditions such as schizophrenia and those who have disorders that severely affect their mental state, were generally exempt from fasting according to religious rulings.

“Most of these patients use high amounts of medication. For those with mild illness, a decision to fast can be taken, provided that they are supervised by a psychiatrist,” Erensoy said and added, “In general, a decision should be made by taking into account the physical and mental state of the person and in consultation with a psychiatrist."