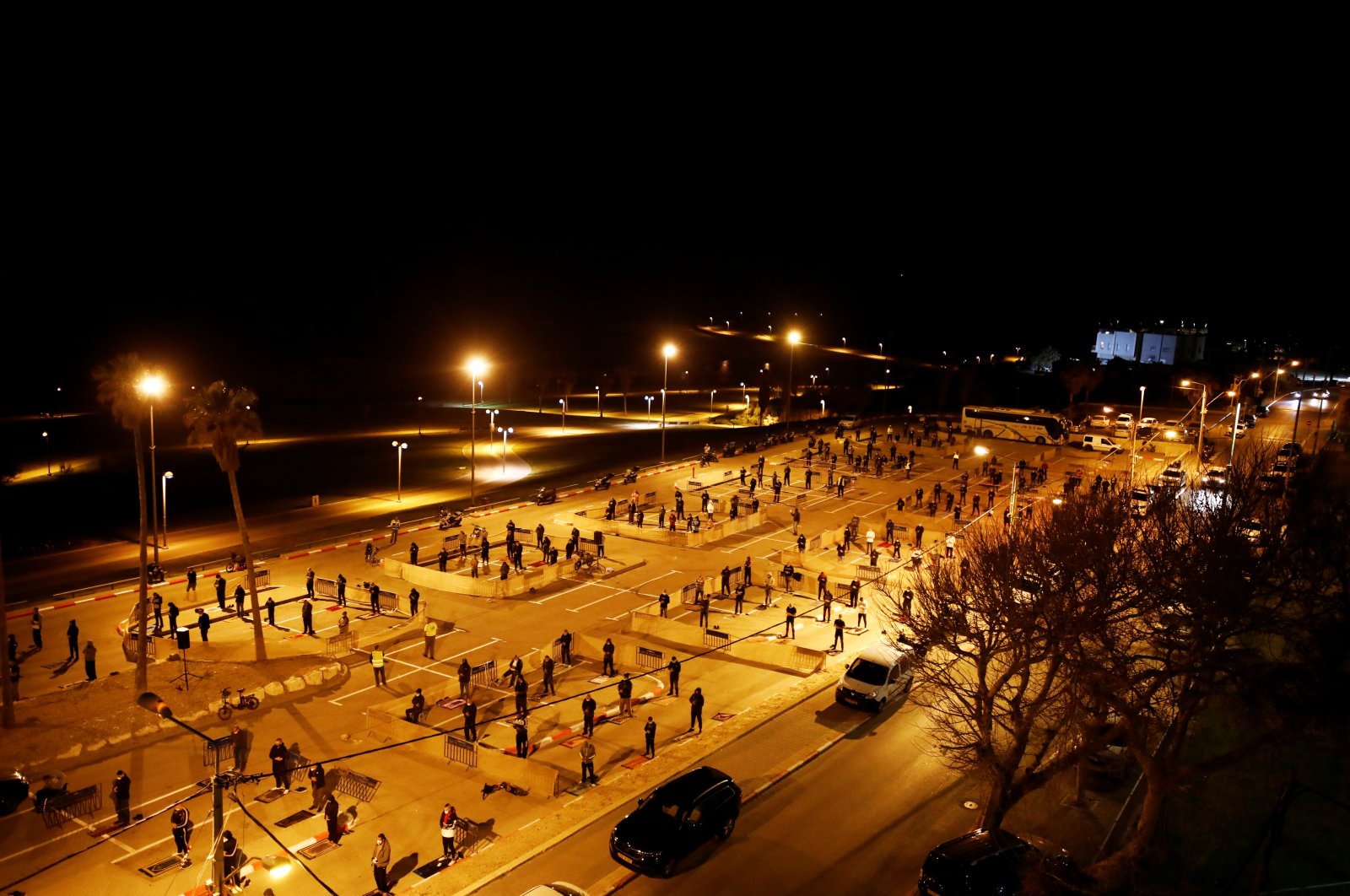 Muslim worshippers pray in an empty parking lot in the ancient Israeli port city of Jaffa for Ramadan prayers as mosques are closed due to the coronavirus pandemic, April 27, 2020. (Reuters Photo)
by REUTERS Apr 28, 2020 3:56 pm
RECOMMENDED

Shortly after sunset, Muslims in the ancient Israeli port city of Jaffa filed quietly into an empty parking lot for Ramadan prayers, after the coronavirus outbreak forced mosques to close in Israel and Palestinian territories.

Muslims typically pack into Jaffa's Ottoman-era mosques for evening worship during the monthlong fasting holiday before pouring out into the Old City and taking walks along the Mediterranean Sea promenade.

But with mosques off-limits this year due to the pandemic, worshippers are improvising – gathering in large open spaces and praying outside Jerusalem's Al-Aqsa mosque compound, Islam's third-holiest site.

Holding prayer rugs and wearing face masks, dozens of Muslims in Jaffa used parking spaces as social-distancing markers on Sunday night as they congregated for Tarawih prayers, held nightly after the faithful break their fast.

"We want to feel that it is Ramadan, despite the coronavirus pandemic," said Tarek Ghazi, who heads an Islamic committee in Jaffa that helped organize the parking lot prayers. Its members come from Israel's 21% Arab minority, most of whom are Muslim.

Committee volunteers donned reflective vests and stood along the lot's perimeter to make sure worshippers kept a safe distance apart, in line with Israeli government orders.

An imam recited verses from the Quran through a loudspeaker as worshippers responded "amen."

Israel has reported 208 deaths and 15,589 cases of the coronavirus. Palestinian officials have reported two deaths and 342 cases in the occupied West Bank and the Gaza Strip.

In Jerusalem, faithful Muslims have taken to the Old City's back streets to pray as close as they can to the Aqsa mosque compound, where a March ban on prayer was extended for the entire month of Ramadan.

In a normal year, thousands of Palestinians and foreign pilgrims would gather inside and around the compound's holy shrines, built on the site where Muslims believe the Prophet Mohammad ascended to heaven.

"I am powerless due to this disease," Abu Belal Abu Senanah, an Old City resident, said, as he prayed outside the holy esplanade, also revered by Jews as the site of biblical temples.

Jerusalem and other cities across Israel and Palestinian territories have sites that are sacred to Judaism, Christianity and Islam, and all three religions have taken coronavirus precautions.