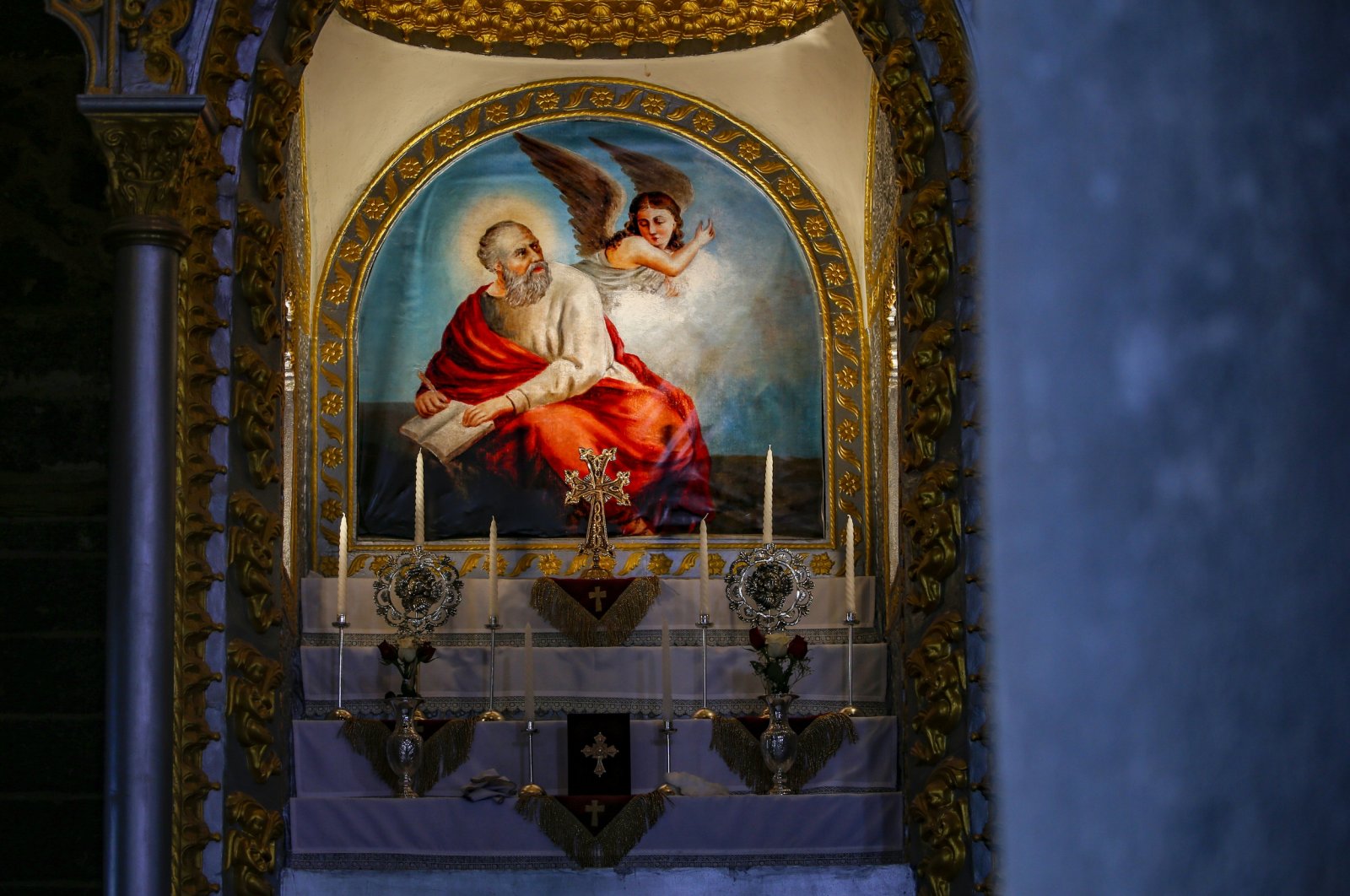 Pointing out that everyone "shares the excitement” of the renovated Surp Giragos Armenian Church in Diyarbakır, Culture and Tourism Minister Mehmet Nuri Ersoy said at the opening ceremony that services will start on Sunday, May 8 "and that this structure, which has been the target of terrorism, will be reopened for worship."

The historic church in Diyarbakır's Sur district was damaged by PKK terrorist attacks in 2015 and restored with funds provided by the Environment, Urbanization and Climate Change Ministry under the coordination of Turkey’s General Directorate of Foundations.

Various cultures and faiths live together in peace and worship freely in Diyarbakır, which is home to many priceless structures, said Ersoy, including the Surp Giragos Armenian and Mar Petyun Chaldean churches.

"Unfortunately, these two structures, which are among the important treasures of our cultural heritage, were targeted and destroyed by terrorist groups who wanted to cast a shadow over the peace and tranquility of the city in recent years,” he explained.

"We believe that the places of worship all over Anatolia are signs of respect and fellowship among us.”

The church, the largest Armenian Gregorian church in the Middle East, is known not only by citizens of the city but also worldwide, Ersoy said, adding that restoration of the Surp Giragos Armenian and Mar Petyun Chaldean churches cost approximately TL 32 million ($2.14 million)

Sahak Mashalian, the patriarch of Turkish Armenians, called the opening of the church a lifeline for Diyarbakır's Christian population, which has been on the decline.

"It contains an important and meaningful message of friendship for the Armenian world in terms of the development of Turkish-Armenian relations,” he said.

"There are so many bright and positive events and experiences to be emphasized in the thousand-year-old Turkish-Armenian relations that we believe should be highlighted with the bridges of friendship that must be established in the future."

"We have to see this church, which was opened for worship, as a monument of good neighborly relations between Armenians, Turks and Kurds, Christians and Muslims," he added.

Turkey has a sizeable Armenian minority population, and normalization talks started earlier this year between Turkey and neighboring Armenia.

Ergun Ayik, head of the Surp Giragos Armenian Church Foundation, said the group worked for the renovation of this church under the leadership of the Diyarbakır Governorship and with the support of the General Directorate of Foundations.

Stating that the restoration was completed with sensitive and meticulous work, Ayik added: "We hope to preserve this church forever with the support of our community, state and regional actors.”

After a seven-year hiatus at the church, the bell was rung, a blessing rite was performed, candles were lit and prayers were performed.