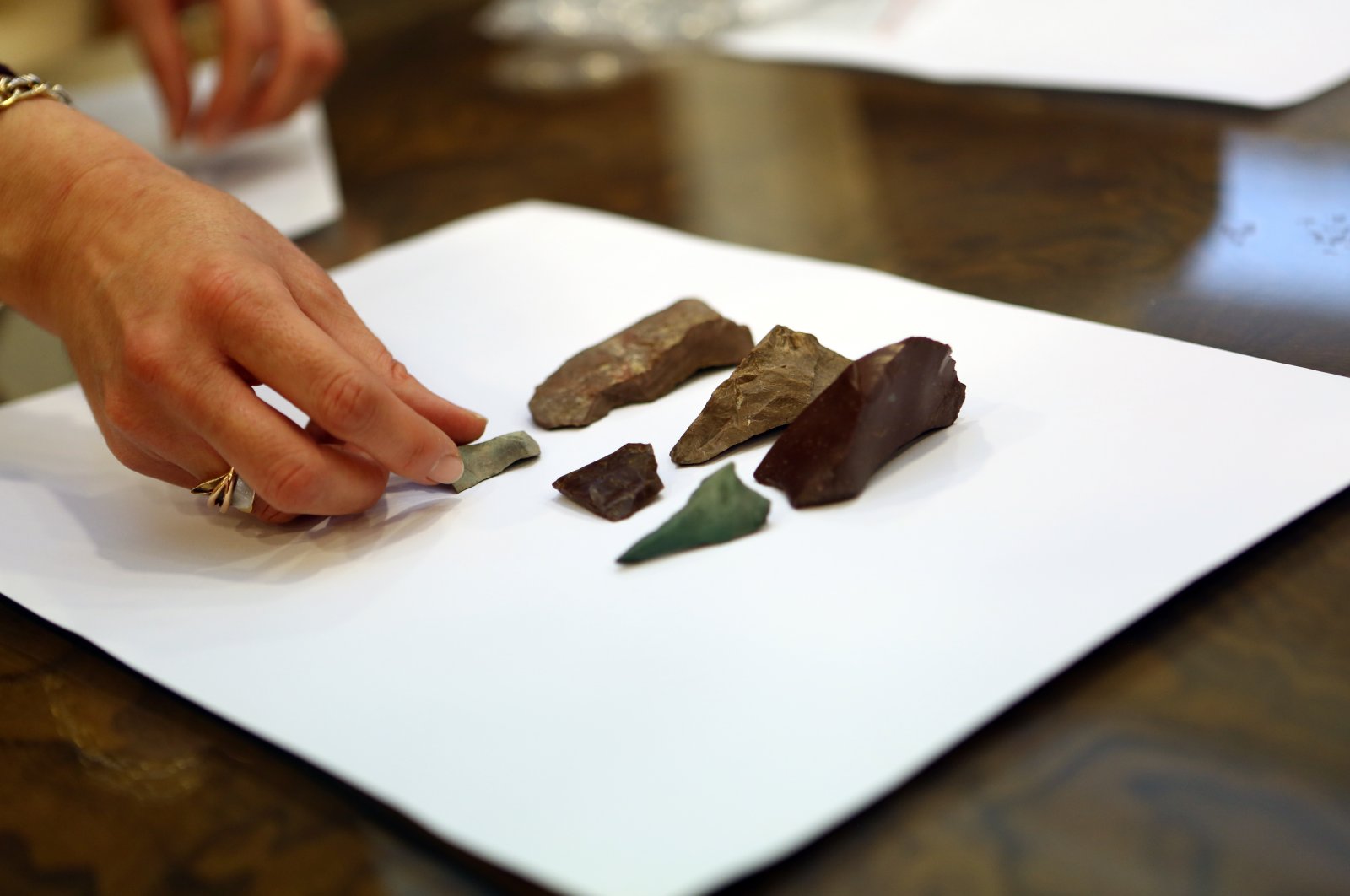 Stone fragments believed to have been used as knives and scrapers 13,000 years ago, were found in a cave here in this Black Sea province – one of the oldest trade port cities in the Anatolian region.

Academics from the archaeology department of Karadeniz Technical University, specializing in Protohistory and Near Eastern Archeology, started a surface exploration project in several Trabzon regions in 2018.

As part of the project, 103 pieces of small-sized stones were found in a cave in the Düzköy district's Koşkarlı area – rich in caves and rocks – while seven fragments were examined by archaeologists.

In the first examination, it was determined that stone fragments, thought to date 13,000 years, were used as knives and scrapers by the people living in the area.

Researcher Hülya Çalışkan Akgül told Anadolu Agency that preliminary analysis indicated they were used at the end of the ice age.

"We made the first discovery about stone tools made by humans in this cave. Thus, we have documented the oldest inhabitants of the Trabzon region in this cave," she said.

Akgül underlined that the raw material of the stone fragments in the cave were determined to be obsidian and flintstone, origins of which belong to Cappadocia and the Caucasus areas.

"This cave excited us very much. Because it has a group of finds that will make a great contribution not only to Trabzon but also to Anatolian archaeology. Because until now, it was not possible to talk about the [find's] data that will be dated this early in these regions," she said.

Noting that the surface exploration project will be completed in 2023, Akgül said by the end of 2023, the team would have visited all districts and regions of Trabzon.

"Therefore, a stereotypical thought started to change slowly. A thought about Trabzon's distant past. We think that our first cave will not be the only one. We think there is a possibility to find various stone tools in other caves as well."

Serkan Demirel, another researcher, said the group wanted archaeological excavations to be carried out in the cave.

"We have such an intention. With the excavation work, the material in hand will both increase in number and diversify," he said.