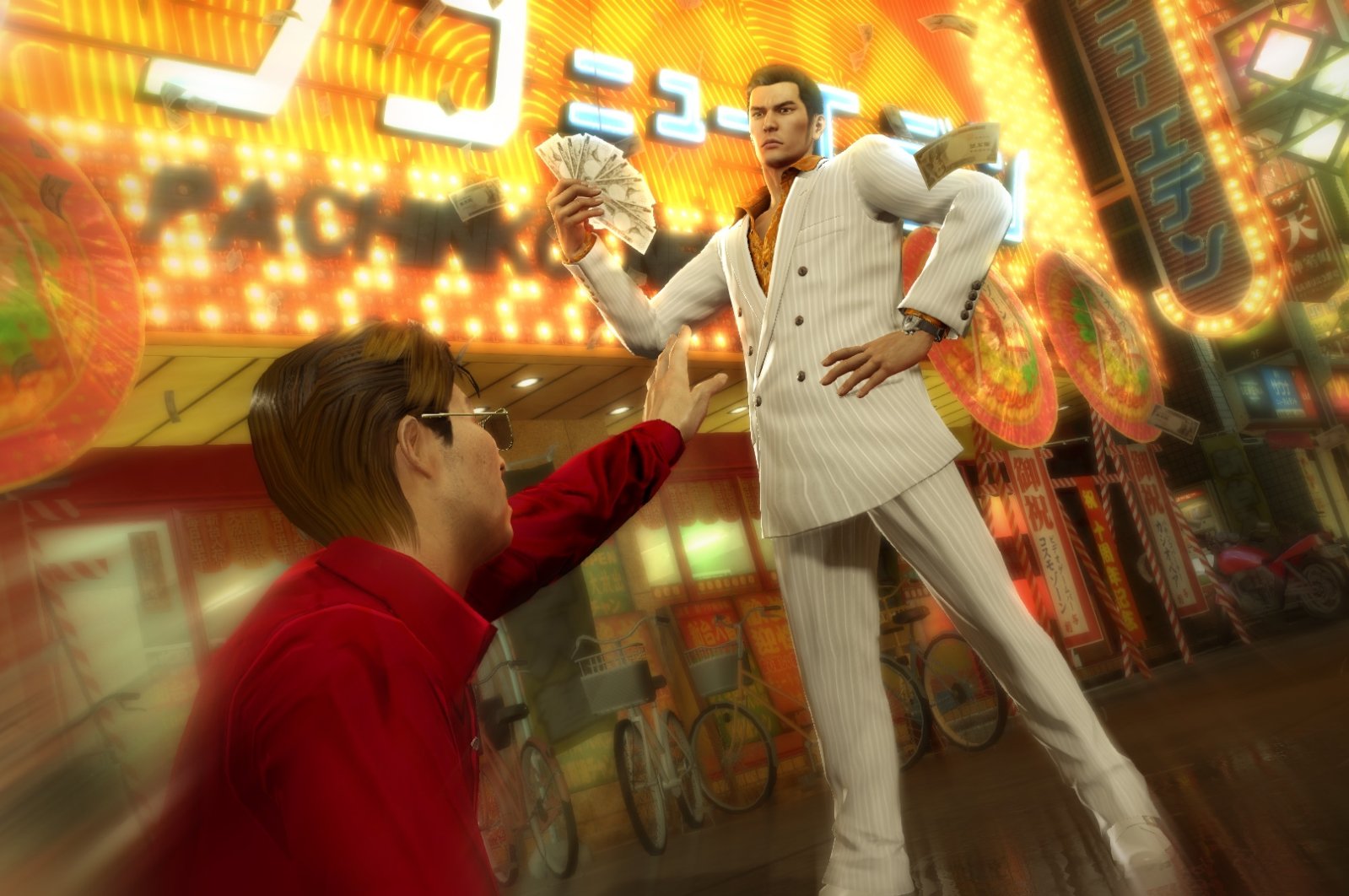 With the rising cases of COVID-19 all around the world, one wants to feel drawn back into a different world, be it a good book or a nice movie. But if you are lucky enough to be working in these times, you might not consider picking up a game. That was my case, to be honest. I do enjoy a good gaming session and regularly keep an eye on Steam's sales as a given but while I tried my hand on many, none seemed really worthy of my precious time.

Until Yakuza 0 that is.

First I saw this 5-year-old game discounted in the Xbox store, but the initial tutorial and not having English dubs made me grow tired. My job involves lots of reading and I didn't feel like straining my eyes further by staring at a smaller screen. My husband, on the other hand, decided to pick it up after seeing me browse it. My occasional glances of seeing his joy eventually made me cave in and buy it for the PC (at least, it's a bigger screen). Why am I rambling about the different platforms for this game you may ask? It's because Yakuza used to be a PlayStation exclusive – the reason why it alluded me for years. So now maybe the best time to pick it up, be it on Xbox or PC. Created by Japanese game producer and designer Toshihiro Nagoshi, the game is the prequel of an eight-game series published by Sega, and set in the 1980s.

Here's how everything goes.

You are dropped into Tokyo's Kamurocho, an entertainment and redlight district modeled after the real-life Kabukicho, playing in the shoes of Kazuma Kiryu. This character is a yakuza, inspired by one of the most popular cinematic genres in Japan, aka gangster/mafia films for those unfamiliar, and he is framed for murder after a collection job, now in desperate need to clear his name. He gets dragged into the plot that involves deceit, backstabbing and lots of money. It may sound like a standard mafia story but this is where the game shines: everything around it.

For an open-world game, the map is pretty small, but after the initial disappointment of having very few spots to discover and seeing that the story gives you the option to grow a business (as a civilian), that small map starts to seem more vast to you than it actually is. Small yet dense, it invites you to wander the streets and savor every corner. As a bonus, exploration is rewarded with many side-quests that are called substories that you can play too. You get to know the regular shop clerk and help them in their endeavors or bring back the game that was stolen from a small kid. These small endearing stories sprinkled in the streets are well thought out, and may even make you laugh out loud by the end.

If you decide to move on with your business, which is by no means essential to the game, you'll realize that every person you helped or encountered will come to your office and you can hire them. I have played many games, business simulators included, but this way of gaming creates a sort of attachment to the other characters. One substory even involved hiring new staff – at a point where you desperately need them – but while you end up only getting one new hire, the story makes you feel things.

Now imagine all this with our second protagonist, Goro Majima, added effectively doubling the content. A fan favorite from the older games, he is just as involved in the story. While his chapters are comparably shorter than those of Kiryu they definitely pack a punch both literally and figuratively.

This weird balance of a typical cold hard yakuza story and softer, human-centric stories is what makes it a success. It gives you the choice to space out after a hard day's work, tend to your in-game business, and look for more stories to explore, or even get involved in the minigames. (If you get really carried away, you might even find yourself still awake at 4 a.m. in the morning, crying your heart out as the screen fades to black to tell you the story has ended.)

The captivating story aside, I need to mention another essential part of the game: the fighting mechanics. Each protagonist has three distinct fighting styles, plus a slot for weapons. The fighting styles can be improved with the money you earn and maxed out by both improving your respective businesses (real estate with Kiryu and managing a cabaret club with Majima) and getting trained by the "masters." Each has its own advantages, with a task list (separate from normal achievements), and you are encouraged to try them all out.

My personal preference is a quick style, a bit of "spamming" the enemy, which is why I love the Rush style with Kiryu and Majima's Slugger and Breaker. The weapons mentioned beforehand have a very low count of usage and need to be repaired/reloaded by an unlockable merchant. As it is not so easy to just stroll into any old shop to buy a shotgun or alike (GTA comes to mind) you are either forced to seek out the merchant and continue in that part of the substories or focus on your desired style. Especially in the finale, you will appreciate either investment.

As much as I enjoy beating up some guys harassing civilians, the switch from one protagonist to the other can be a bit jarring, especially when you fall in love with a certain style and can throw you a bit out of sync. On one hand, this is great for keeping you alert and more involved in the game but sometimes you just want to be the eye-patched bastard serving some street justice with your baseball bat.

This game really caters to different kinds of players overall. I got to witness this first hand when my husband finished the game before I did, pressing me to do a certain thing in the game, but going my own way opened up so many doors to other stories that he ended up watching me play too as he never encountered the stories I found.

I am aware that there are many other Yakuza games but this is a good place to start, especially since it's the first in the chronological order of the game series. and can't wait to see how the much older Kiryu and Majima will wind up doing in the other games. If you have never been subject to this franchise I can only tell you to avoid any and all spoilers and dive into it as blind as possible – you won't regret it.