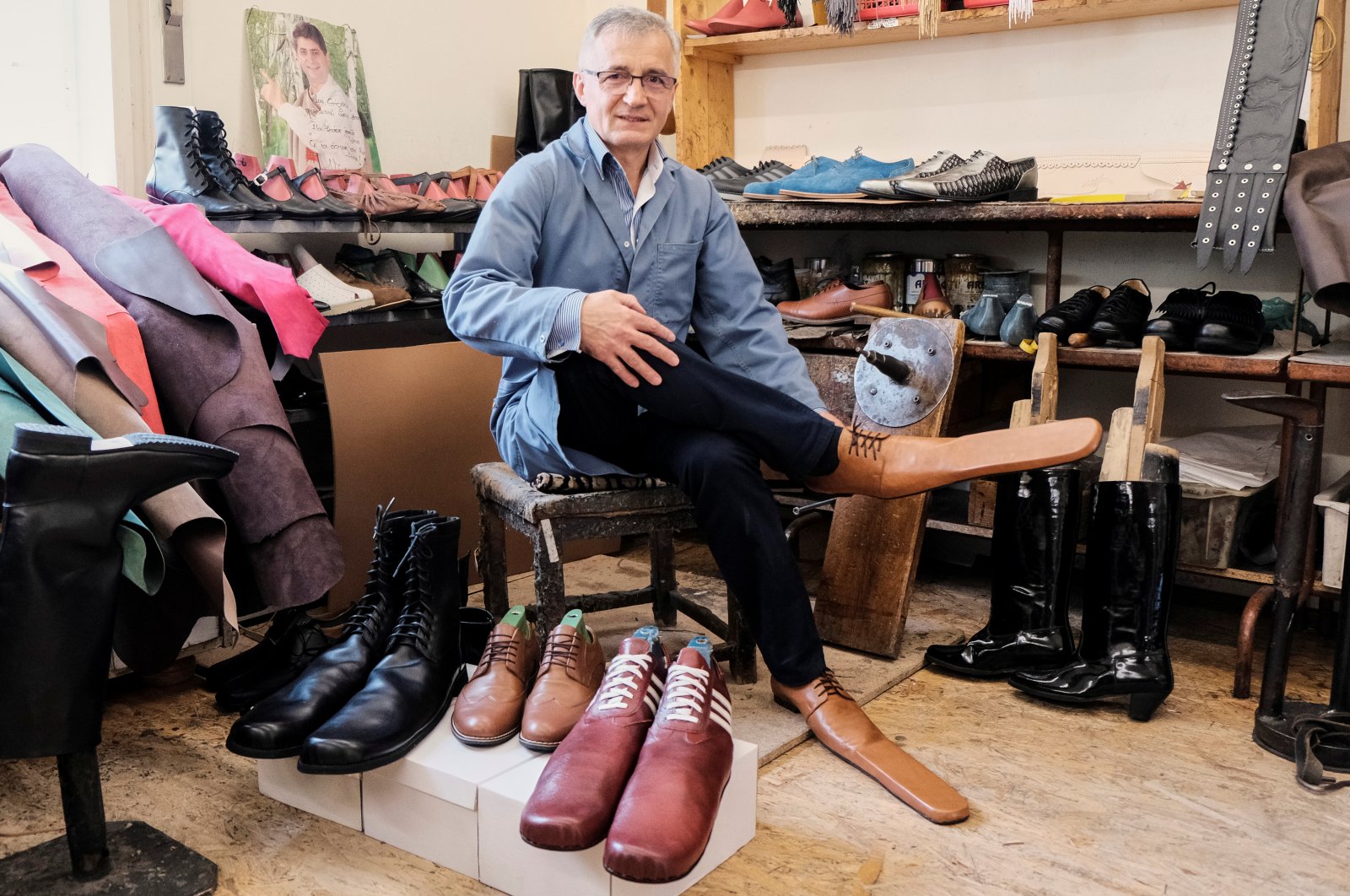 Romanian shoemaker Grigore Lup poses for a portrait while showcasing a pair of his long-nosed leather shoes to help keeping social distance, amid the outbreak of the coronavirus, in Cluj-Napoca, Romania, May 29, 2020. (Inquam Photos via Reuters)
by REUTERS Jun 03, 2020 11:58 am
RECOMMENDED

Soon after a two-month lockdown to prevent the spread of the new coronavirus eased in Romania in mid-May, Grigore Lup, a Romanian shoemaker from the Transylvanian city of Cluj, noticed people were not respecting the rules of social distancing.

So Lup came up with the idea of long-nosed leather shoes to help keep people apart. They come in a European size 75.

“You can see it on the street, people are not respecting social distancing rules,” said Lup, who has been making leather shoes for 39 years.

“I went to the market to buy seedlings for my garden. There weren’t many people there but they kept getting closer and closer," he said.

“If two people wearing these shoes were facing each other, there would be almost 1 1/2 meters between them," Lup said.

While he also sells ready-made shoes, Lup’s shop, which he opened in 2001, relies heavily on custom orders from theaters and opera houses across the country, as well as traditional folk dance ensembles.

His business ground to a virtual standstill as live events were canceled or postponed due to the coronavirus pandemic, but he was cautiously optimistic that sales would recover over time.

The European Union state, which has reported 18,791 cases of the coronavirus and 1,240 deaths, began gradually easing its lockdown on May 15.

Lup, who said he adapted the long footwear from a model he made for actors, said he had so far received five orders for social distancing shoes.

Now 55, Lup first started making shoes when he was 16, learning from a cobbler who at 93 today still makes traditional ethnic Hungarian footwear.