A piece of our past? Mysterious space object zips extremely close by Earth 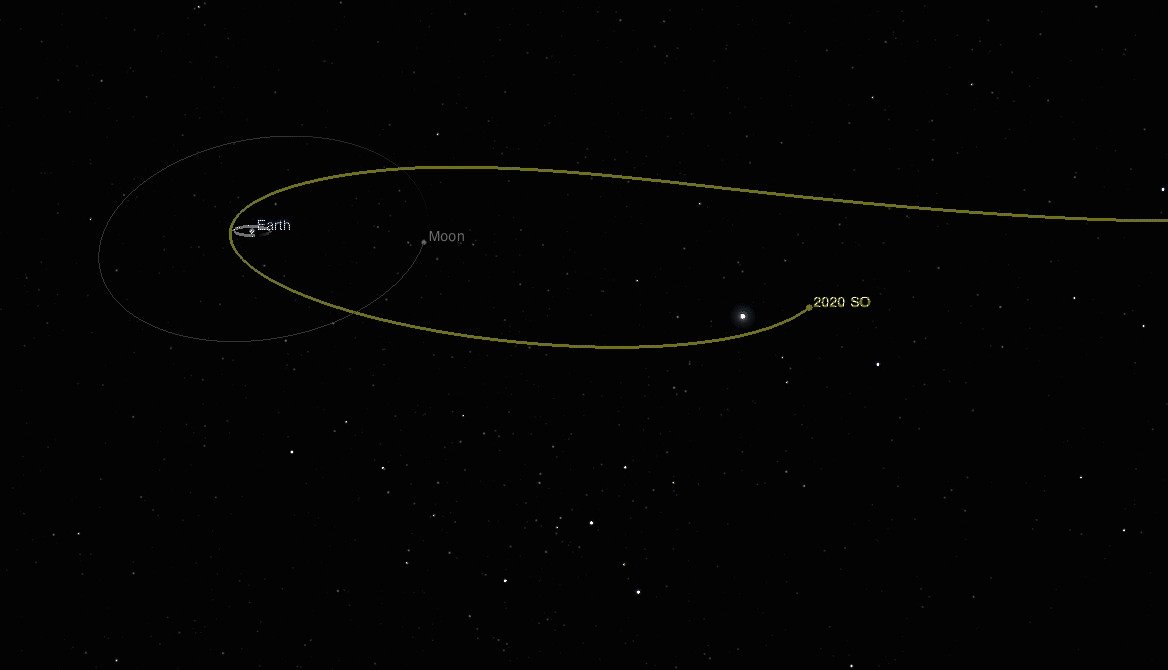 Screengrab from an animation shows the orbit of 2020 SO after being captured by Earth's gravity on Nov. 8, 2020. (Image via NASA/ JPL-Caltech)
by DAILY SABAH Dec 01, 2020 4:15 pm
Edited By Yasemin Nicola Sakay
RECOMMENDED

An unidentified space object flew extremely close to Earth early Tuesday, but its exact identity remains a lingering mystery. It is thought to be either a lost-and-found rocket booster over 50 years old or a mini-moon-like asteroid. It came as close as 50,000 kilometers (30,000 miles or 0.13 of the distance to the moon).

Astronomers have been tracking the celestial visitor since September when it was discovered by an observation station on Maui.

NASA scientists suggested that the object, which has been named 2020 SO, could be space junk from an old U.S. lunar mission. The object is believed to be approximately 15 to 30 feet wide.

“The object is likely not an asteroid,” NASA JPL's Center for Near-Earth Object Studies (CNEOS) had said in a Nov. 12 research update.

“It’s probably the Centaur upper-stage rocket booster that helped lift NASA’s ill-fated Surveyor 2 spacecraft toward the Moon in 1966,” NASA scientists said after tracking 2020 SO's distinctive curved path back in time to pinpoint the date of launch.

"One of the possible paths for 2020 SO brought the object very close to Earth and the Moon in late September 1966. It was like a eureka moment when a quick check of launch dates for lunar missions showed a match with the Surveyor 2 mission," CNEOS Director Paul Chodas said earlier in November.

Although it was off to a good start, NASA's Surveyor 2 started to spin uncontrollably when its thrusters failed a day after launch. It crashed into the moon on Sept. 23, 1966.

“The spent Centaur upper-stage rocket, meanwhile, sailed past the Moon and disappeared into an unknown orbit about the Sun,” NASA said of the mission.