An explorer's journal: A month at the South Pole – Chapter 4 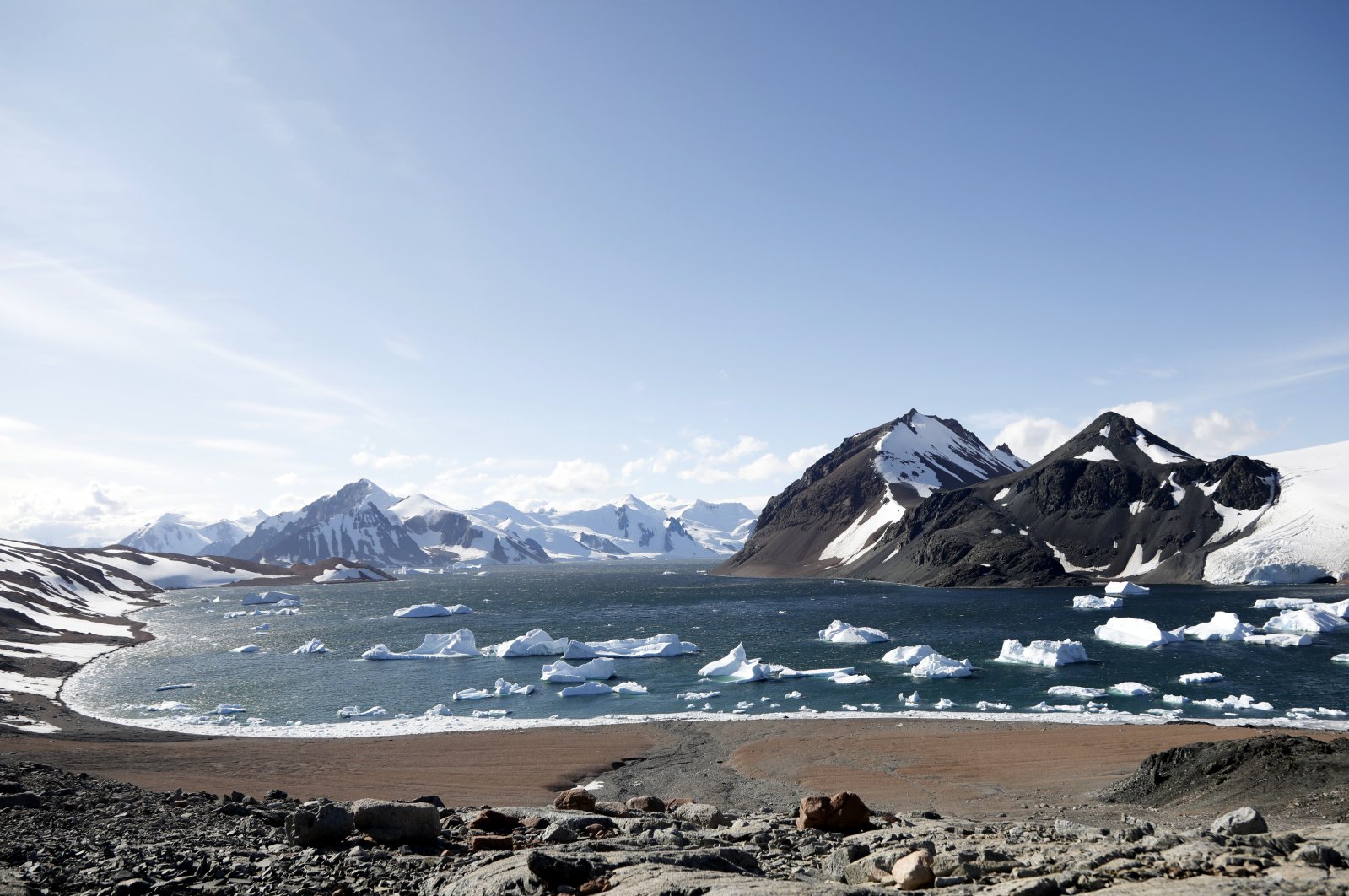 In the fourth chapter of the Antarctic diaries, we'll discuss some absurd theories humans have had about the icy continent as some friendly foreign guests join the Turkish team and living legend Alejo Contreras shows the crew around

Did you know that 70% of our oxygen comes from the oceans?

Photosynthesis is a simple life sciences subject. At school, we learned green plants and trees use photosynthesis and that we can breathe oxygen thanks to rain forests. I had the chance to learn all of this information, though only partially correct, while in Antarctica. In reality, only 30% of oxygen needs can be met through photosynthesis carried out by forests and the rest of the plants. The main source of the remaining oxygen is, in fact, our oceans. Phytoplankton, which lives in the oceans and especially in the Earth's poles, is actually a kind of algae. The microscopic phytoplankton species actually provide 70% of the world's oxygen. Today's most important problems, such as global warming and the melting of glaciers, could result in us having no oxygen to breathe, beyond being just a meteorological situation.

Flat Earth, the lost city of Agartha and aliens

When the continent was so distant, cold and difficult to reach in terms of transportation, it was only natural that many legends were inspired by it. The first of which is the infamous legend that the Earth is flat. According to this theory's advocates, which have grown in number over the years, our world is not a globe but is flat (as a pancake). They say the poles serve as the basis for this. According to their claims, the ice mountains in Antarctica constitute the finish line, ie. the end of the world. My first bad news is for flat Earthers: Sorry, but these ice mountains are not the end but the beginning.

The second legend is a bit more familiar. Talking about a lost city named Agartha, Adolf Hitler is the source of this legend. According to him, there is a community in Antarctica that lives far ahead of our time, especially in terms of technology. Believers talk of a healthy, happy and prosperous life in this city where everyone lives in peace. This group, which (unsurprisingly) consists of blond-haired, blue-eyed, tall, very handsome men and very beautiful women, shares great similarities with Hitler's "master race" theory. Of course, not a single piece of evidence supports this theory, including the alleged testimony of a U.S. military pilot. There is only one thing true in this claim – and that is that not a single person's blood has been shed for the continent so far.

On the topic of alien theories, the most widely known one is that a Martian colony lives on Antarctica, similar to the legend of Agartha. However, during all of our travels, we never once came across anyone that belonged to this alleged colony. Let me give you one important piece of information about here, though. There is a large area on the continent that is the driest region in the world. For millions of years, this region never received precipitation, which does make it the place most similar to Mars on Earth. The U.S. even trains some of its astronauts here to help them with adapting to space.

In studies carried out on the white continent, there is no distinction between race, language, religion or country. Everything progresses according to science. An incredible partnership prevails among the scientists. Turkey also does not shy away from these partnerships. Just like last year, this year Turkey again had two visitors – Sergey Kakareka was the first visitor, from Belarus. Kakareka, from the Belarusian National Academy of Science, studied the accumulation of essential and microelements in the atmosphere on Horseshoe Island in Western Antarctica. Kakareka also collected snow and lake water samples during the expedition.

Our other guest is Lyubomir Kenderov, one of the hardest working members of the expedition, from Bulgaria. The Bulgarian scientist aimed to explore while at sea. Within the scope of his project, he hoped to discover sea creatures, especially crustaceans, that were unique to the Antarctic continent using seawater samples collected from different areas of Horseshoe and Antarctica. We are curiously awaiting the results of his highly productive work soon, together with the whole world.

Following a decision made this year, a teacher was also included on the team to raise awareness. Canan Evecen, an English teacher at Avcılar Mustafa Kemal Paşa Secondary School, observed the work of scientists during the expedition. Evecen also began to regularly publish the expedition journal she kept throughout the expedition. During the expedition, via satellite phone calls, she answered the questions of students in schools about the activities carried out in Antarctica and life there. Evecen said that after the expedition, she will share her knowledge and experience on the scientific studies conducted, scientists who participated, polar regions and life aboard the ship with students, who will become scientists of the future, and with other teachers.

“I am working to raise awareness about the work done in Antarctica. I will also prepare works, projects and publications that will encourage students to pursue science,” she said.

Just like he did in previous years, Alejo Contreras is guiding our team again this year. The 71-year-old describes himself as a lover of the continent. Contreras first came to the continent at the age of 23, and his passion for the Antarctic has been growing for the last 48 years. Describing his first climb up Mount Vinson in Antarctica, Contreras said: “When I climbed the mountain, I was wondering why someone would ever climb the same mountain twice. I climbed the same place 15 times like I wasn't the one who said those things in the first place. Before coming to Antarctica, I was an ordinary person living in Chile. My mother was a painter and my father was a farmer. It will sound like an ordinary, stereotypical story but when my father didn't let me go to military school, I decided to become a 'snow expert.' I came to the white continent after finishing my studies and I fell in love with it immediately. I think I will continue coming to Antarctica until the day I die.”

Contreras has been to the South Pole exactly 14 times. He made some of his travels by sleigh. The Antarctic legend, who is married and has two children, said he and his wife are nothing alike character-wise. Defining his wife as a conformist, Contreras said: “She lives in Chile and I am here for a significant part of the year. It is not possible to have everything in life, so we decided to go with such an arrangement."

The krill are the main food source of many creatures living in Antarctica. A type of shellfish that varies between 2 and 5 centimeters in size, krill are food for penguins, seals, whales and some bird species on the continent. As a crustacean species, krill swarms can reach large sizes of up to 500 million tons. They generally live in cold waters and their main nutrients are phytoplankton. There are about 90 species of krill, who constitute the largest invertebrate biomass on Earth. Unlike fish and marine creatures that can live in waters contaminated with mercury and heavy metals, the Antarctic krill only live in pure, clean waters.