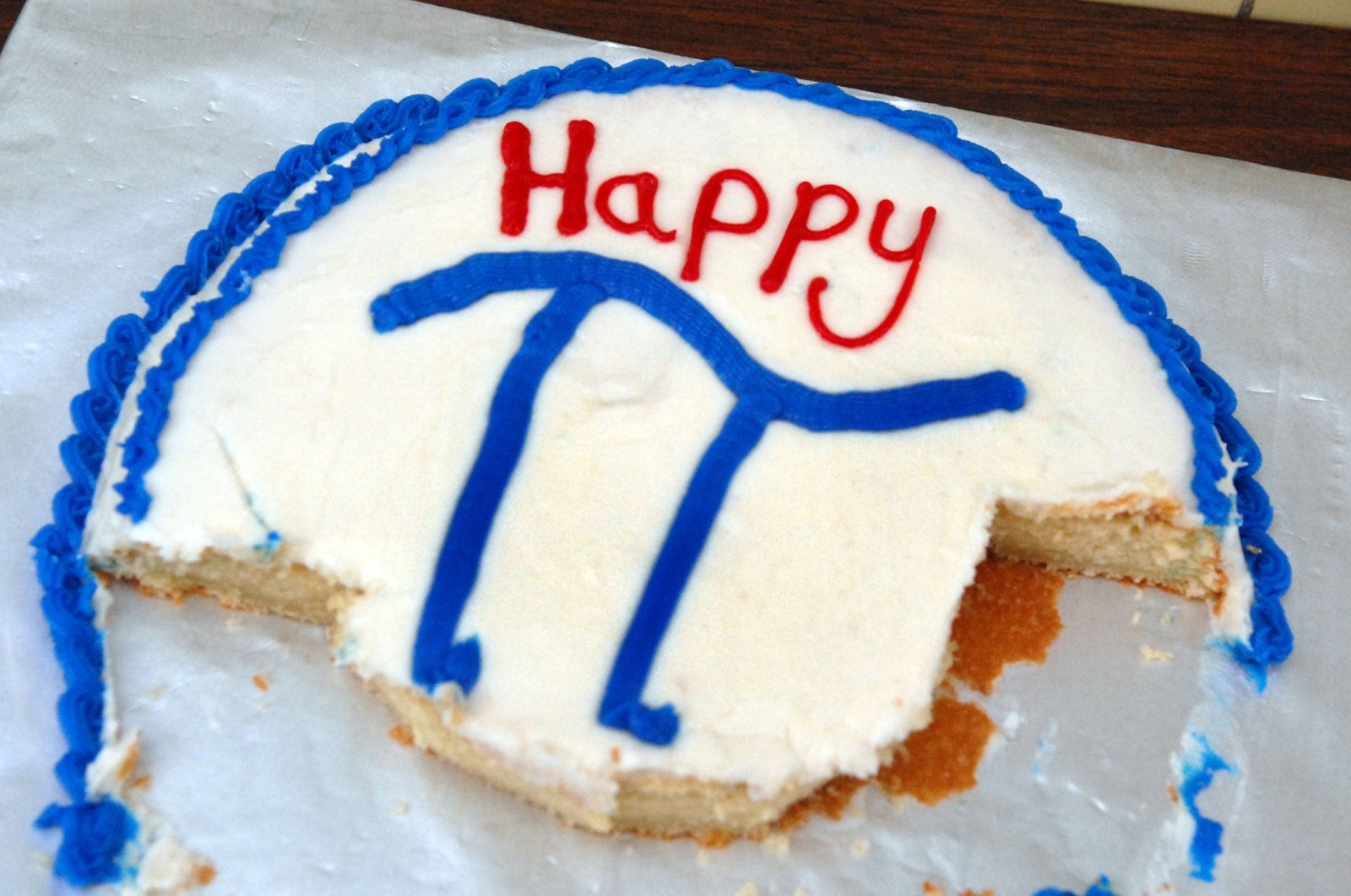 The symbol of the mathematical constant pi can be seen on the remnants of a cake. (Gettty Images)
by French Press Agency - AFP Aug 17, 2021 9:35 am
RECOMMENDED

When it comes to pie, apple is a classic, and then there is pumpkin pie, and cherries and strawberries. To be completely honest one cannot truly go wrong when it comes to the subject of pie. However, the pie that interests scientists the most is the mathematical constant pi, an irrational number that is rationally constantly necessary across mathematics and geometry, and Swiss researchers said Monday they had calculated pi to a new world-record level of exactitude, hitting 62.8 trillion figures using a supercomputer.

"The calculation took 108 days and nine hours" using a supercomputer, the Graubuenden University of Applied Sciences said in a statement.

Its efforts were "almost twice as fast as the record Google set using its cloud in 2019, and 3.5 times as fast as the previous world record in 2020," according to the university's Centre for Data Analytics, Visualisation and Simulation.

Researchers are waiting for the Guinness Book of Records to certify their feat, until then revealing only the final ten digits they calculated for pi: 7817924264.

Pi represents the ratio of a circle's circumference to its diameter, with an infinite number of digits following the decimal point.

Researchers nevertheless continue to push calculations for the constant – whose first 10 figures are 3.141592653 – ever further using powerful computers.

The Swiss team said that the experience they built up calculating pi could be applied in other areas like "RNA analysis, simulations of fluid dynamics and textual analysis."