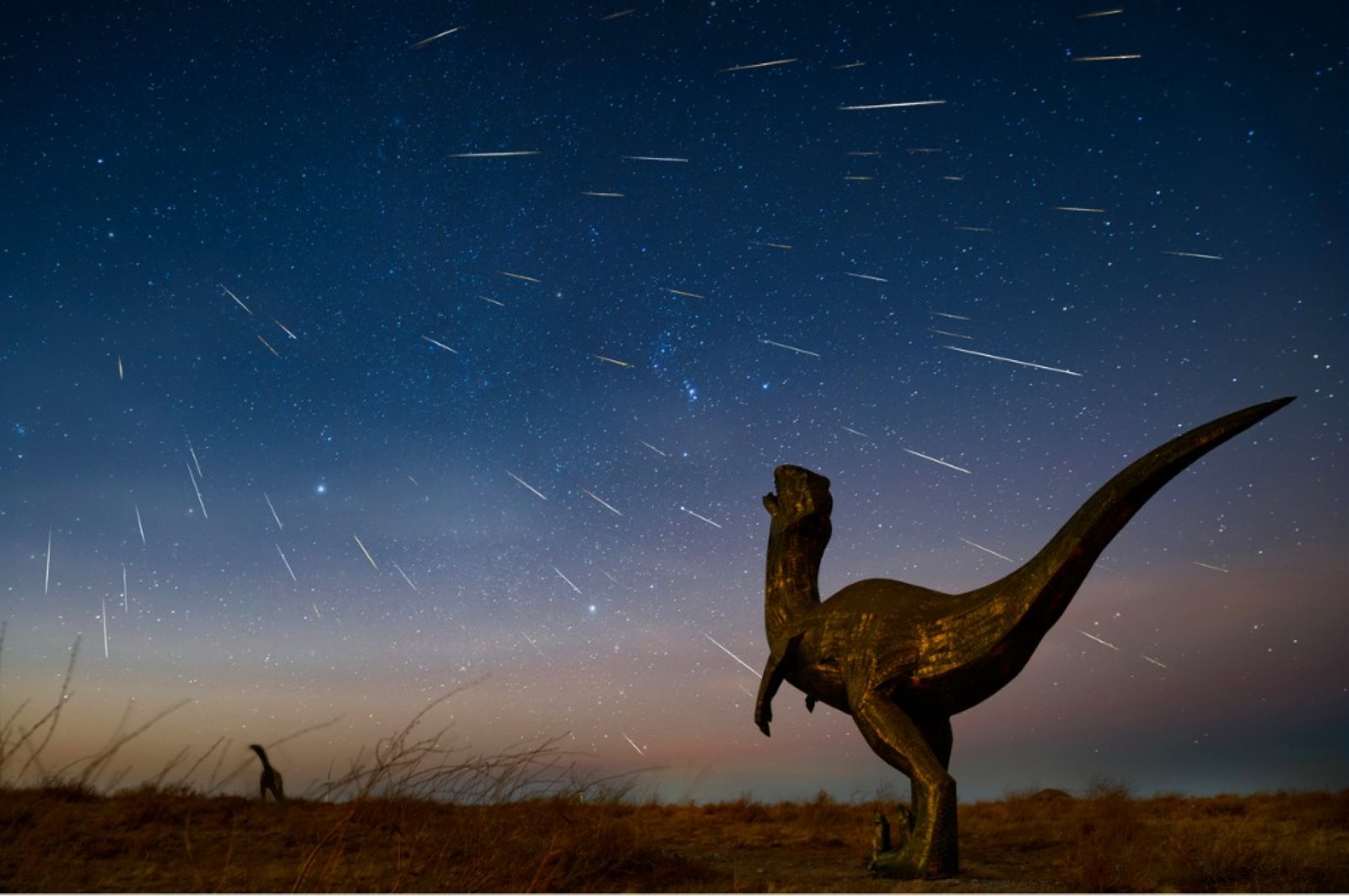 The trajectory of the killer asteroid was just right to cause maximum damage. (iStock Photo)
by French Press Agency - AFP May 28, 2020 10:30 am
RECOMMENDED

This much we knew: some 66 million years ago an asteroid roughly twice the diameter of Paris crashed into Earth, wiping out all land-dwelling dinosaurs and 75% of life on the planet.

What remained a mystery was whether it was a direct hit or more of a glancing blow and which would be more destructive.

As it turns out, according to a study published Tuesday in Nature Communications, the giant space rock struck at the "deadliest possible" angle – 60 degrees. The cataclysmic impact kicked up enough debris and gases into the upper atmosphere to radically change the climate, dooming the Tyrannosaurus rex and everything it ever hunted to extinction.

Analyzing the structure of the 200-kilometer-wide (124-mile-wide) crater in southern Mexico where the asteroid hit, scientists ran a series of simulations.

Lead author Gareth Collins of Imperial College London and colleagues at the University of Freiburg and the University of Texas at Austin looked at four possible impact angles – 90, 60, 45 and 30 degrees – and two impact speeds, 12 and 20 kilometers per second.

The best fit with the data from the crater was a 60-degree strike.

"Sixty degrees is a more lethal impact angle because it ejects a larger amount of material fast enough to engulf the planet," Collins told AFP.

"The Chicxulub impact triggered a mass extinction because it ejected huge quantities of dust and gas out of the crater fast enough to disperse around the globe."

Had the asteroid hit head-on or at a more oblique angle, not as much debris would have been thrown up into the atmosphere, he added.

Large amounts of sulfur in the form of tiny particles that remained suspended in the air blocked the Sun, cooling the climate by several degrees Celsius.

Smoke, ash and debris engulfed the atmosphere, eventually destroying most plants and wiping out 75% of species on Earth.

Chicxulub is also thought to have triggered an earthquake whose seismic waves reached Tanis – the fossil site 3,000 kilometers away in North Dakota where definitive evidence of the asteroid's devastating impact was uncovered – in just 13 minutes. The seismic shock triggered a torrent of water and debris from an arm of an inland sea known as the Western Interior Seaway. Thus far, scientists have only been able to study the early stages of the impact.

The researchers combed through geological data gathered during a recent dig to better understand how the cataclysm unfolded. They soon realized that the asteroid did not, as long assumed, approach Earth from the southeast.

"Our work overturns this hypothesis," Collins explained. "The crater's central uplift is leaning slightly to the southwest, and numerical simulations of the impact reproduce this."

The findings could lead to a greater understanding of how craters are formed in general. The 3D simulations, for example, suggest that rocks "rebound" to fill in some of the impact layer during the final stage of crater formation, a process that takes only minutes, the researchers conjectured.

Scientists are still trying to figure out exactly how the asteroid triggered a mass extinction event and why some species survived while others didn't.

"The Chicxulub impact was a very bad day for the dinosaurs," Collins said, adding that the new research showed it was "even worse" than had been previously thought.

"It makes it even more remarkable that life survived and recovered as rapidly as it did."