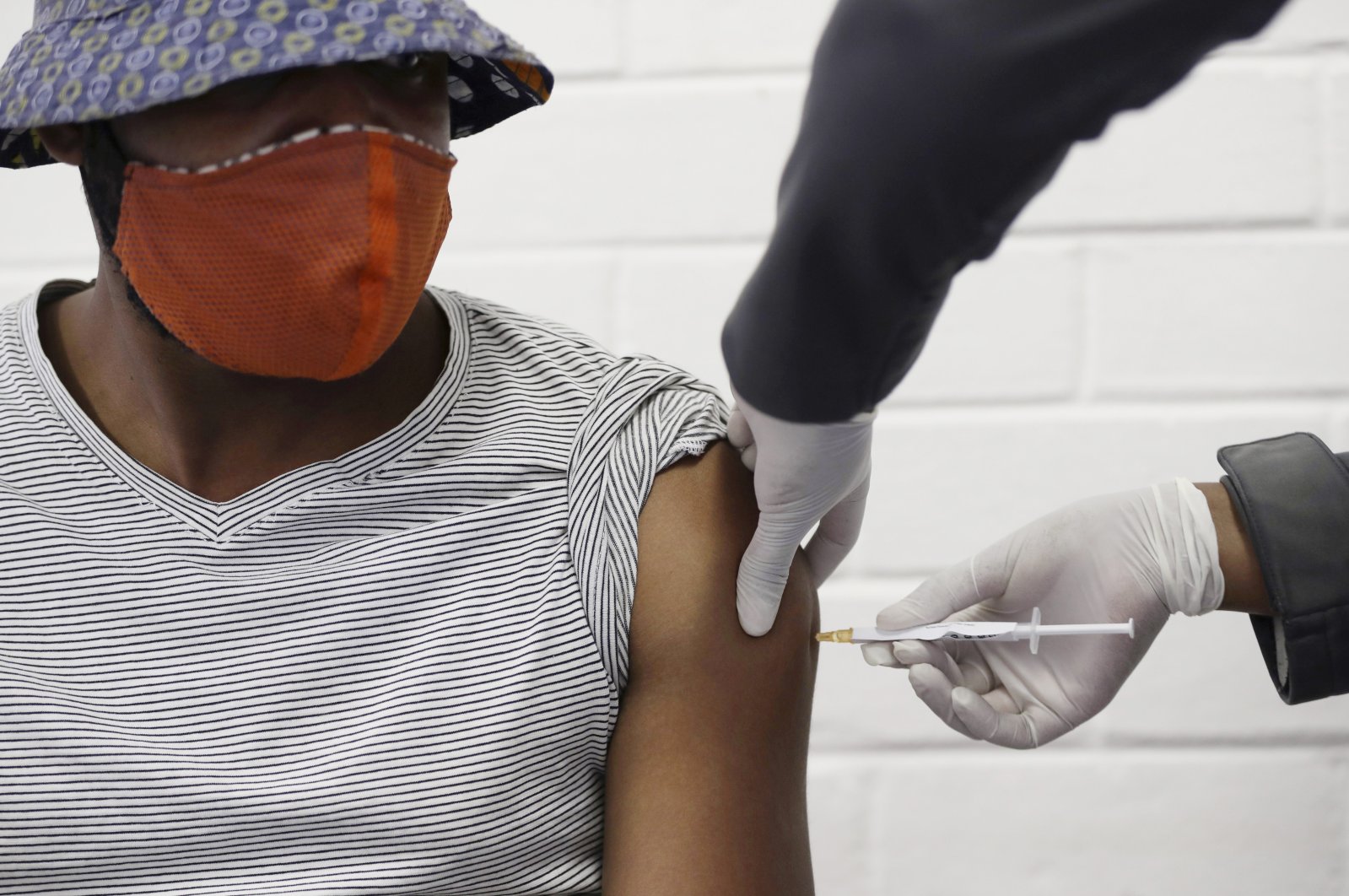 In this Wednesday, June 24, 2020 file photo, a volunteer receives a COVID-19 test vaccine injection developed at the University of Oxford in Britain, at the Chris Hani Baragwanath hospital in Soweto, Johannesburg, South Africa. (AP Photo)
by French Press Agency - AFP Sep 09, 2020 10:40 am
Edited By Can Kazancıoğlu
RECOMMENDED

Clinical trials of one of the most advanced experimental COVID-19 vaccines, which is being developed by pharmaceutical company AstraZeneca and Oxford University, have been "paused" after a volunteer developed an unexplained illness.

With billions of people around the world still suffering from the fallout of the pandemic and the global death toll nearing 900,000, a worldwide race for a vaccine is underway, with nine companies already in late-stage Phase 3 trials. Worldwide infections to date now stand at more than 27.5 million, and almost 900,000 people have died from the disease.

Russia has already approved a vaccine, and research published in The Lancet medical journal last week said patients involved in early tests developed antibodies with "no serious adverse events." But scientists cautioned the trials were too small.

A spokesperson for the AstraZeneca vaccine said in a statement Tuesday that "we voluntarily paused vaccination to allow the review of safety data by an independent committee.

"This is a routine action which has to happen whenever there is a potentially unexplained illness in one of the trials, while it is investigated, ensuring we maintain the integrity of the trials." The company said that in large trials, illnesses will sometimes happen by chance but must be reviewed independently.

AstraZeneca didn't offer further details, but following the unexpected pause, citing people associated with the trials, Financial Times on Wednesday reported that AstraZeneca could resume trials as soon as next week.

Meanwhile, medical news site Stat News, which first reported the volunteer's illness, quoted a source saying it had involved a "serious adverse reaction" to the vaccine.

"While this is obviously not great news, remember that fully investigating adverse reactions is a part of large scale trials and essential to ensure trust in any vaccine. It will however mean that results will be delayed," Harvard epidemiology expert Bill Hanage wrote on Twitter.

According Stat News, the ill vaccine volunteer was likely participating in a Phase 2/3 trial based in the United Kingdom.