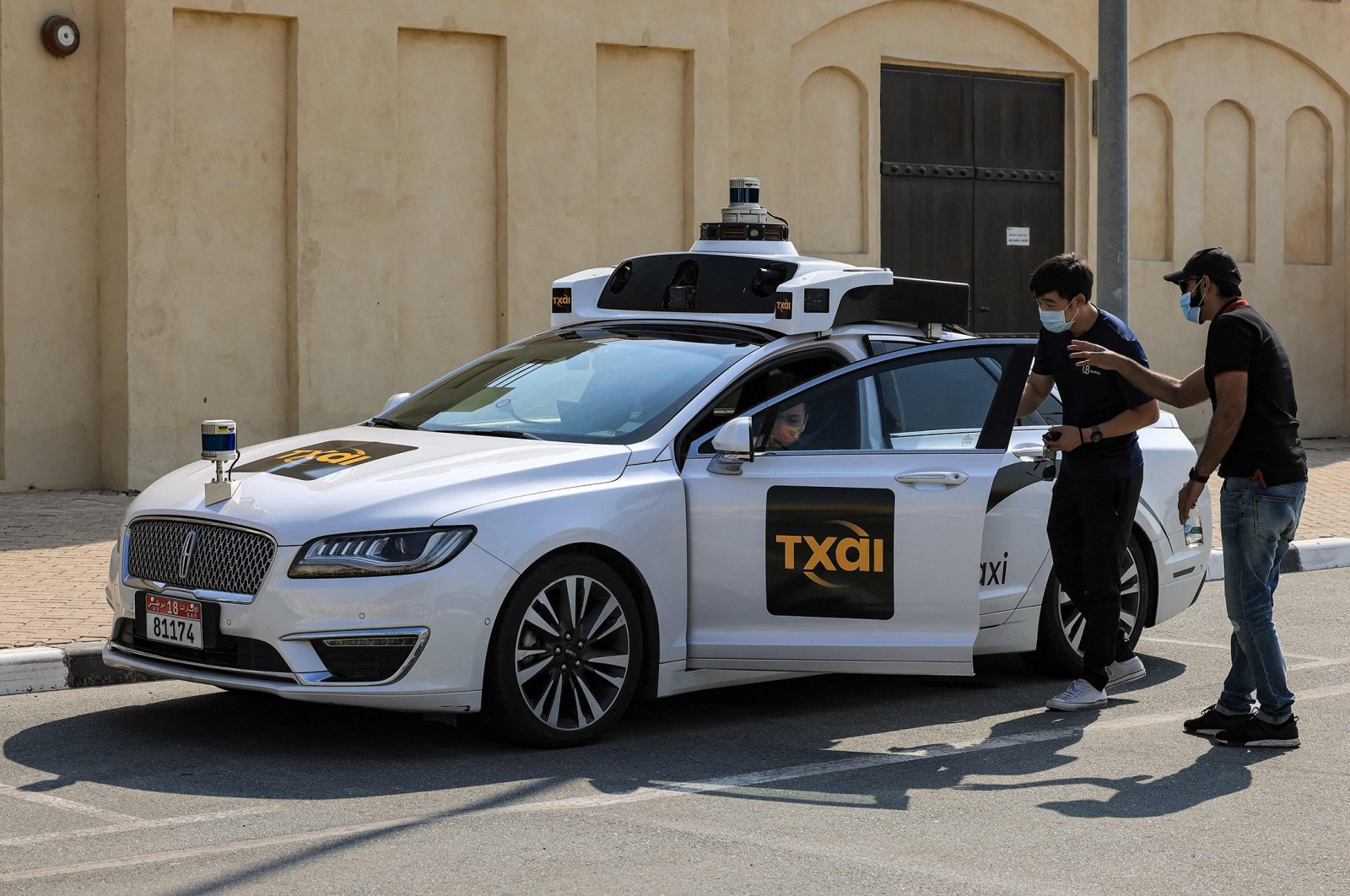 Passengers enter one of the self-driving taxis being used in a tech demonstration to transport passengers to the nearby Yas Island, in the capital Abu Dhabi, United Arab Emirates, Nov. 30, 2021. (AFP Photo)
by French Press Agency - AFP Dec 13, 2021 2:07 pm
RECOMMENDED

The future is here it seems, as self-driving autonomous vehicles are no longer works of fiction but something you may come across on the road. Well, we are not there yet, but the autonomous future looks closer than ever with several trials being conducted around the world.

Dana Moukhallati Mustafa sits motionless behind the wheel, upturned hands in his lap, as his taxi drives itself, bringing the United Arab Emirates (UAE) closer to that future.

The “safety officer” is part of a trial for driverless cabs in the capital Abu Dhabi, where customers can be picked up and dropped off at nine pre-determined spots on Yas Island.

It's been a “smooth ride” so far, said Mustafa, with no incidents that required any major intervention.

“In the past few days, we've had most customers order taxis from the mall or hotel,” he told Agence France-Presse (AFP).

A second phase will include at least 10 vehicles and multiple locations across Abu Dhabi, the company said. Customers can order the vehicles using the TXAI app.

Robotaxis have been tested at various locations around the world in recent years, but commercial use of the vehicles has so far been tentative.

Last month, autonomous cabs were rolled out in Beijing, but also with a safety officer in the driver's seat in case of an emergency.

Hasan al-Hosani, CEO of Bayanat, said removing the safety officers would be a major step.

“The vehicles are already operational... We are collaborating with the authorities to further expand our operation area geographically, as well as to upgrade to L4 level.”

Abu Dhabi is not the only member of the UAE eyeing a driverless future.

Neighboring Dubai says it wants 25% of all of its transport driverless by 2030, cutting costs, pollution and accidents.

The shift is expected to hit taxi drivers, the vast majority of Asian migrant workers, in a country where foreigners make up 90% of the 10-million population.

The UAE last month approved a temporary license to test self-driving cars on the roads, but there is no federal legislation yet governing autonomous vehicles.

This remains one of the biggest obstacles.

“This technology is new and regulations pertaining to safety and other operational aspects are being developed in real time,” said Hosani.