Beware of the Blob! 500-million-year-old slime mold set for ISS 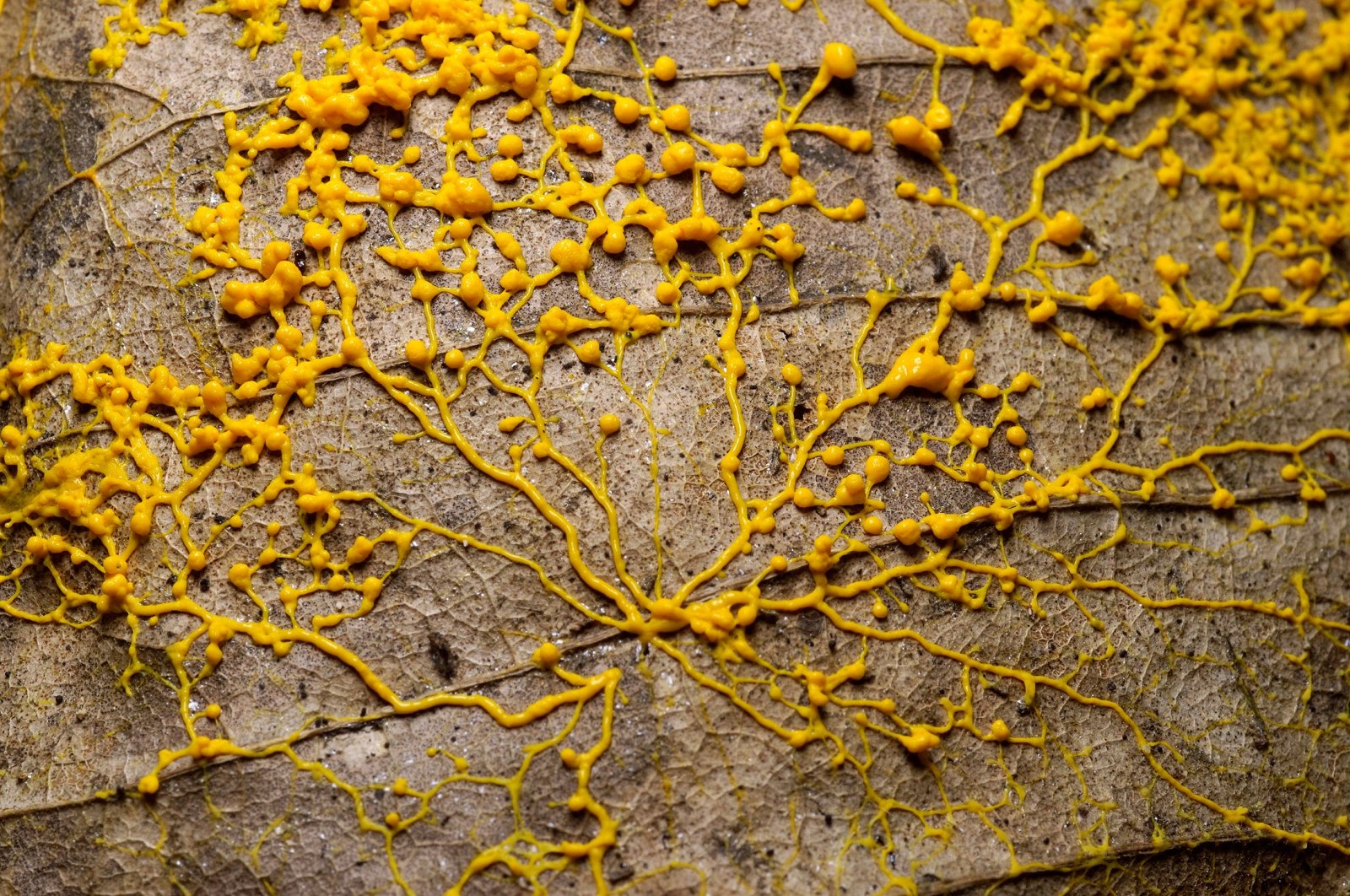 Yellow slime mold can be seen on a fallen leaf. (Shutterstock Photo)
by French Press Agency - AFP Aug 11, 2021 9:48 am
RECOMMENDED

“Indescribable ... Indestructible! Nothing Can Stop It!” That was one of the taglines of 1958 Steve McQueen flick “The Blob,” and more than 50 years later the qualities of the “the Blob” will be put to test as it is set to be the most unusual guest of the astronauts aboard the International Space Station (ISS) after it blasts off into orbit.

An alien on its own planet, the Blob is an unclassifiable organism – neither fish nor fowl. Nor is it plant, animal or fungus.

As such, Physarum polycephalum – a type of slime mold – has long fascinated scientists and will now be part of a unique experiment carried out simultaneously by astronauts hundreds of kilometers above the Earth and by hundreds of thousands of French school students.

The slime mold first appeared on Earth around 500 million years ago, and defies conventional biology because it is made up of one cell with multiple nuclei.

While most organisms grow and reproduce through the division and multiplication of cells, Physarum polycephalum does not.

"It is a single cell that grows without ever dividing," explains Pierre Ferrand, professor of Earth sciences and life seconded to French space agency CNES, one of the people behind the project.

Another oddity: "When most organisms make do with two sex types, the Blob has more than 720. It is an organism 'with drawers' which tells us that life consists of multitude originalities," he says.

What one's cell can do

A yellowish, spongy mass, the slime mold lacks a mouth, legs or brain.

Yet despite these apparent disadvantages, the mold eats, grows, moves – albeit very slowly – and has amazing learning abilities.

Because the Blob's DNA floats freely around inside its cell walls – rather than being contained inside a nucleus – it can "slough off" parts of itself at will.

It can also enter a dormant state by dehydrating – called "sclerotia."

And it is several pieces of sclerotia that will embark on their odyssey aboard an ISS refueling freighter.

When rehydrated in September, four sclerotia – each about the size of the average pinky fingernail – will be roused from their torpor in their Petri-dish beds.

The samples – both shorn from the same "parent Blob cell" (labelled by scientists as LU352) – will undergo two protocols: one will deprive certain sub-Blobs of food; the others will be able to gorge out on a food source – porridge oats.

The goal is to observe the effects of weightlessness on this organism – but as an educational experience, a giant school experiment that reaches into space. There are no scientific papers expected as part of the mission's design.

"Nobody knows what its behavior will be in a microgravity environment: what direction will it move in? Will it take the third dimension by going upward, or go sideways?" asks Ferrand.

"I'll be curious to see if it develops by forming pillars," says Blob specialist Audrey Dussutour, director for the Center for Research on Animal Cognition in Toulouse.

Meanwhile, back on Earth, thousands of specimens cut from the same LU352 strain will be distributed to about 4,500 schools and colleges in France.

At the end of this month, teachers will receive kits containing three to five sclerotia.

When the sections of the Blob are revived in space, their cohorts will also be rehydrated on Earth.

Observations will then begin to compare the differences in how the samples in space adapt compared with those on Earth – which may cast light on fundamental questions surrounding the basic building blocks of life.