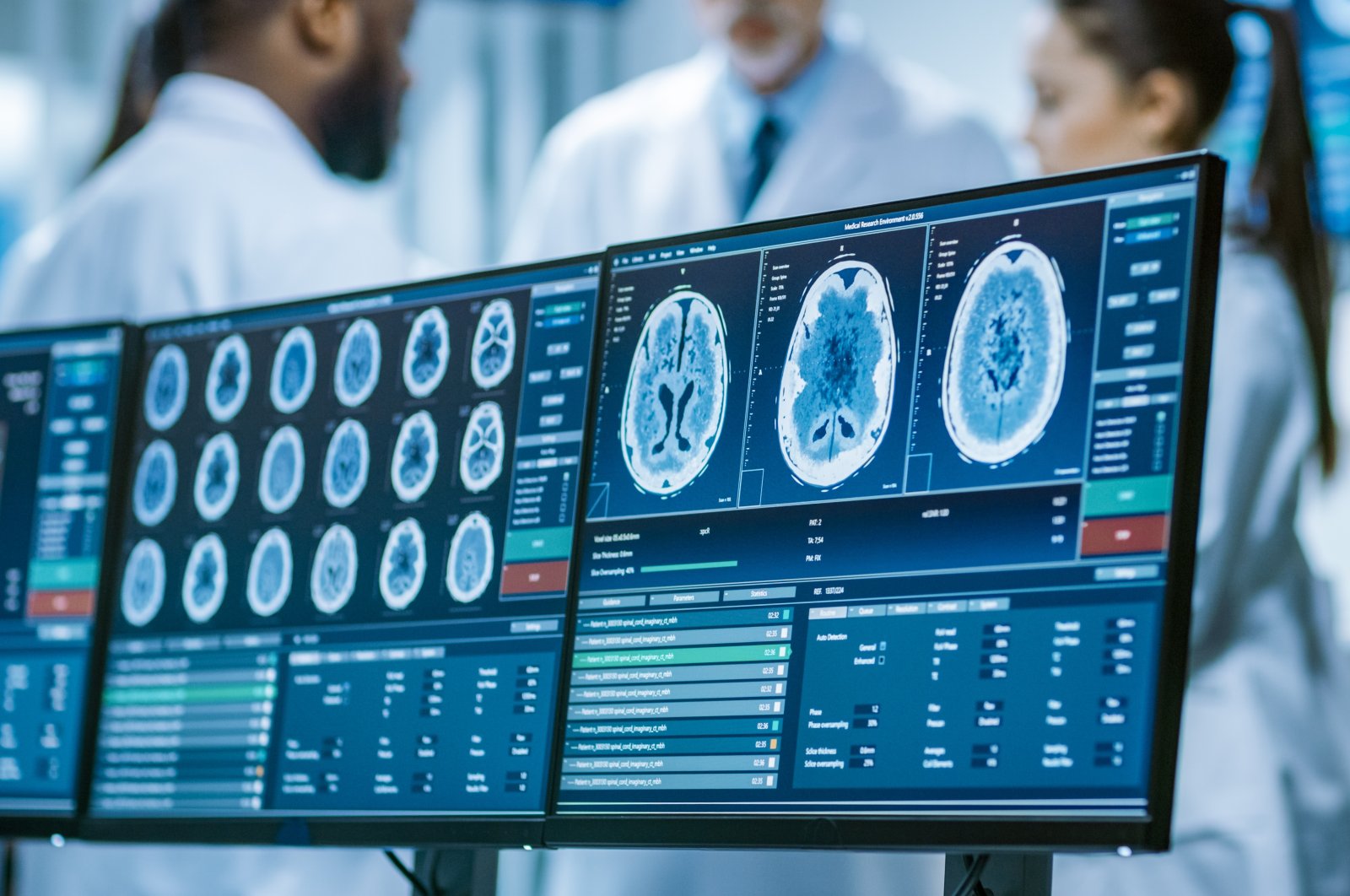 A team of people have a discussion in the background with images of brain scans visible on computer screens. (Shutterstock Photo)
by DAILY SABAH Jun 17, 2021 12:40 pm
RECOMMENDED

Mind-reading tech is finally here! Or is it? Well, we shall have the answer soon as a California-based startup company called Kernel is beginning to ship a $50,000 helmet across the United States. It is a device that can analyze the neurons in someone's brain and, to a small extent, read their mind.

According to Bloomberg's reports, what Kernel does is bring a technology that has existed for years into a small form factor, as its predecessors required giant rooms and cost millions to set up.

It comes as quite a few strides in the field of brain research are being made. Elon Musk's Neuralink is only five years old and is striving towards the same goal, albeit with a different approach of course considering it is focused on developing implantable brain-machine interfaces.

So, it seems, private companies are anxious to get inside people's heads and find out what goes on in that grey matter, what makes people tick. It may be a scary thought, but it does not necessarily foreshadow a dystopian future as the technology, once understood and perfected, opens up numerous avenues to further the scientific understanding of brain aging, mental disorders, strokes and so much more.

“To make progress on all the fronts that we need to as a society, we have to bring the brain online,” Bryan Johnson, the CEO of Kernel, told Bloomberg.

Kernel's helmets, for there are two types they are offering, send lasers through the person's skull to record brain activity, as opposed to Neuralink's implanted chip method.

One of the two helmets, a futuristic iteration called "Flow," records real-time data while establishing patterns of brain activity.

The other, named "Flux," measures the speed of neurons, also in real-time. It aims to provide access to the underlying brain activity of functions such as emotions, attention, memory and learning.

In time, however, Johnson aims for the technology to be available to the general public at the price of a smartphone.