Cats' catnip obsession may come from power to ward off mosquitoes 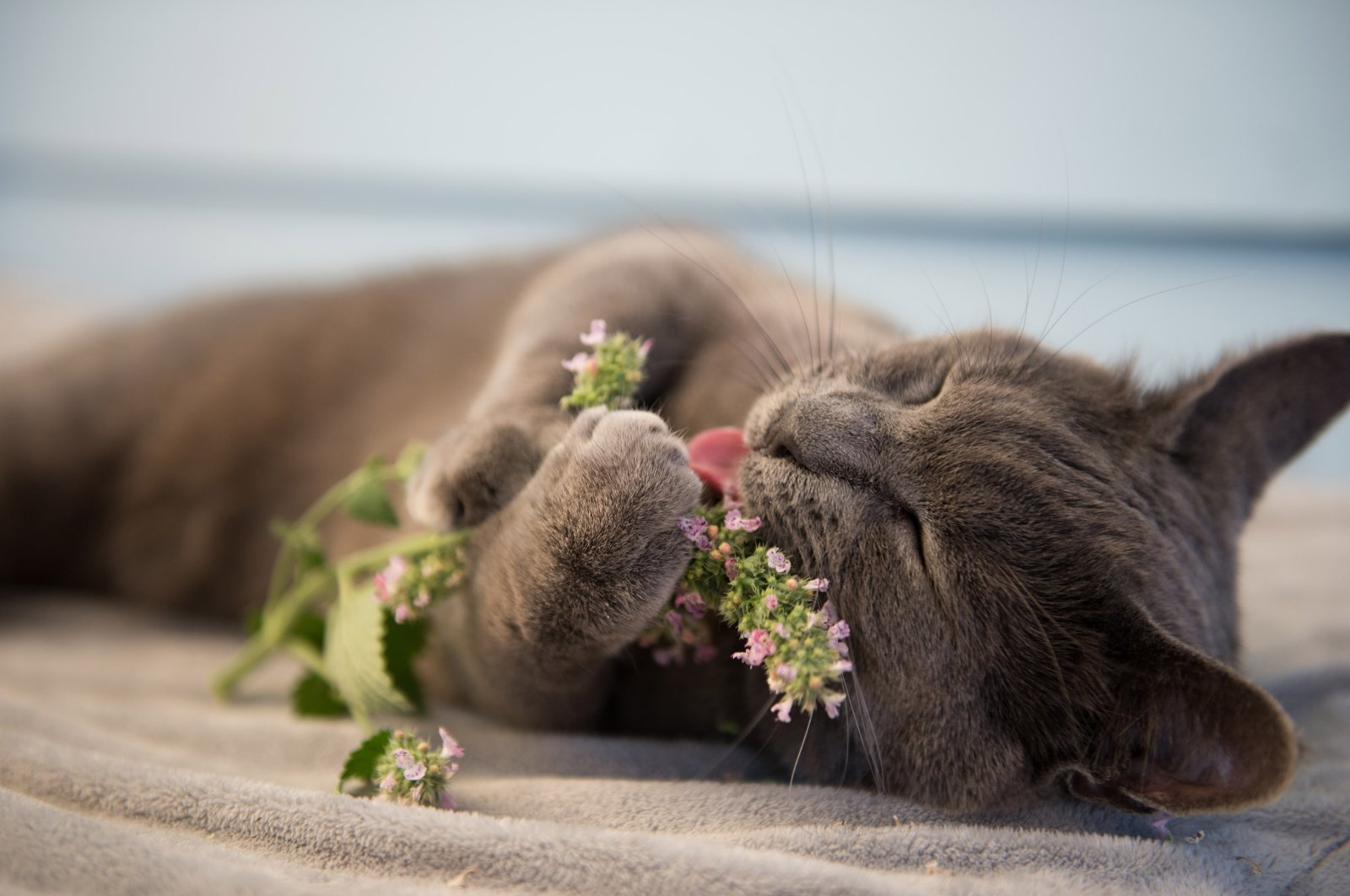 Ever wondered how catnip turns the most serious, poised and distant cat into a fluff ball of joy and mischief? The plant makes felines rub their faces and head against it, rolling around on the ground, then zoning out in a state of blissful intoxication. The biological mechanisms by which catnip works its magic and whether it confers any additional benefits to cats, had remained unanswered questions until now.

An international team of researchers published a study in Science Advances on Wednesday, finding that catnip and silver vine, an even more potent herb found in the mountains of Japan and China, ward off mosquitoes. They also identified nepetalactol as the main compound of silver vine responsible for inducing a euphoric state and discovered that it activates the brain's opioid reward system. The substance is similar to nepetalactone, the key psychoactive compound in catnip.

Masao Miyazaki, a professor at Japan's Iwate University, who was the senior author of the paper, told AFP the team had applied for a patent to develop an insect repellant based on their findings.

The team began by testing how 25 lab cats, 30 feral cats, and several big cats including an Amur leopard, two jaguars and two Eurasian lynx responded to filter paper soaked with nepetalactol. The felines all spent more time with nepetalactol infused paper than they did with plain filter paper that was used as a control. By contrast, dogs and lab mice showed no interest in the nepetalactol-containing paper.

Next, they tested how 12 cats responded to all the known bioactive compounds of the silver vine, confirming that nepetalactol was the most potent of the substances. To test whether the feline responses to the substance were governed by the brain's opioid system, they took blood samples to check beta-Endorphin levels five minutes before and after they were exposed to the nepetalactol. Elevated endorphin concentrations occurred only after exposure to nepetalactol and not the control substance.

When the researchers gave the cats naloxone, a drug that inhibits the effects of opioids, the cats no longer wanted to rub themselves against the nepetalactol. Naloxone is commonly used in humans to treat an overdose of opioids.

But unlike opioids, the scientists think the response to nepetalactol is "non-addictive," because it works by triggering an increase in endorphins that are already produced by the body. Drugs like morphine, on the other hand, stimulate the brain's opioid receptors directly, not indirectly.

Finally, they tested whether silver vine leaves repelled Aedes albopictus mosquitoes when cats rubbed against the plant. They found that significantly fewer mosquitoes landed on cats that engaged in this behavior.

This, they wrote, was an example of "how animals use plant metabolites for protection against insect pests" which is seen for example in some bird species that rub citrus fruits against themselves, or chimpanzees that make sleeping platforms from trees with repellant qualities.