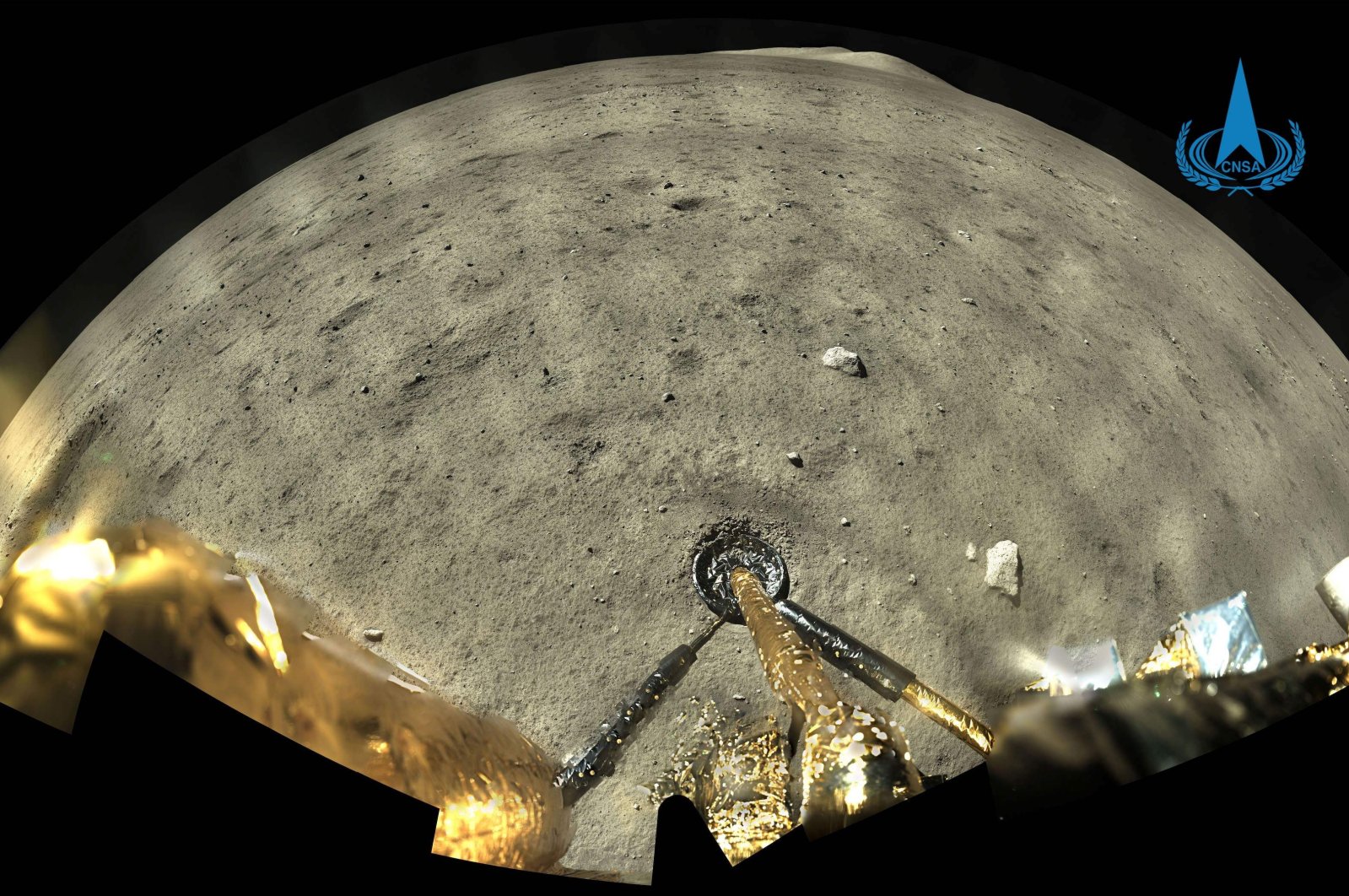 An image of the moon's surface taken by the panoramic camera aboard Chang'e-5 is seen in this picture taken on Dec. 1, 2020. (Photo courtesy of China National Space Administration (CNSA) via China News Service (CNS)/AFP)
by Anadolu Agency Dec 03, 2020 12:12 pm
RECOMMENDED

Fleet of SpaceX satellites tumble out of orbit after solar storm

"Sampling completed! After about 19 hours of work on the moon's surface, Chang'e-5 successfully completed robotic sample collection, and the samples were sealed and packaged," Hua Chunying, a spokesperson for China's Foreign Ministry, said on Twitter.

According to the China National Space Administration (CNSA), the probe started gathering samples after its successful landing late Tuesday night, eight days after lifting off from Hainan in southern China on Nov. 24.

"Chang'e 5 is expected to work for about two days in a region to the north of Mons Ruemker, a mountain overlooking a vast lunar mare called Oceanus Procellarum, or the Ocean of Storms, on the western edge of the moon's near side," read a CNSA statement issued Wednesday.

"It will bring about 2 kilograms (4.4 pounds) of lunar samples back to Earth in mid-December, 44 years after the last substances from the moon were returned to Earth," it said.

The probe has also sent back its first color photos from the moon's surface.

This is the third Chinese mission to land on the moon, following the Chang'e-3 probe in December 2013 and the historic Chang'e-4 probe that reached the far side of the moon in January 2019.

If Chang'e-5's mission – expected to last about 23 days – is successful, China will become only the third country in the world to bring samples back from the moon, after the U.S. and the former Soviet Union, read the CNSA statement.

Fleet of SpaceX satellites tumble out of orbit after solar storm