Coronavirus jumped from animals to humans, not from Chinese lab, WHO says 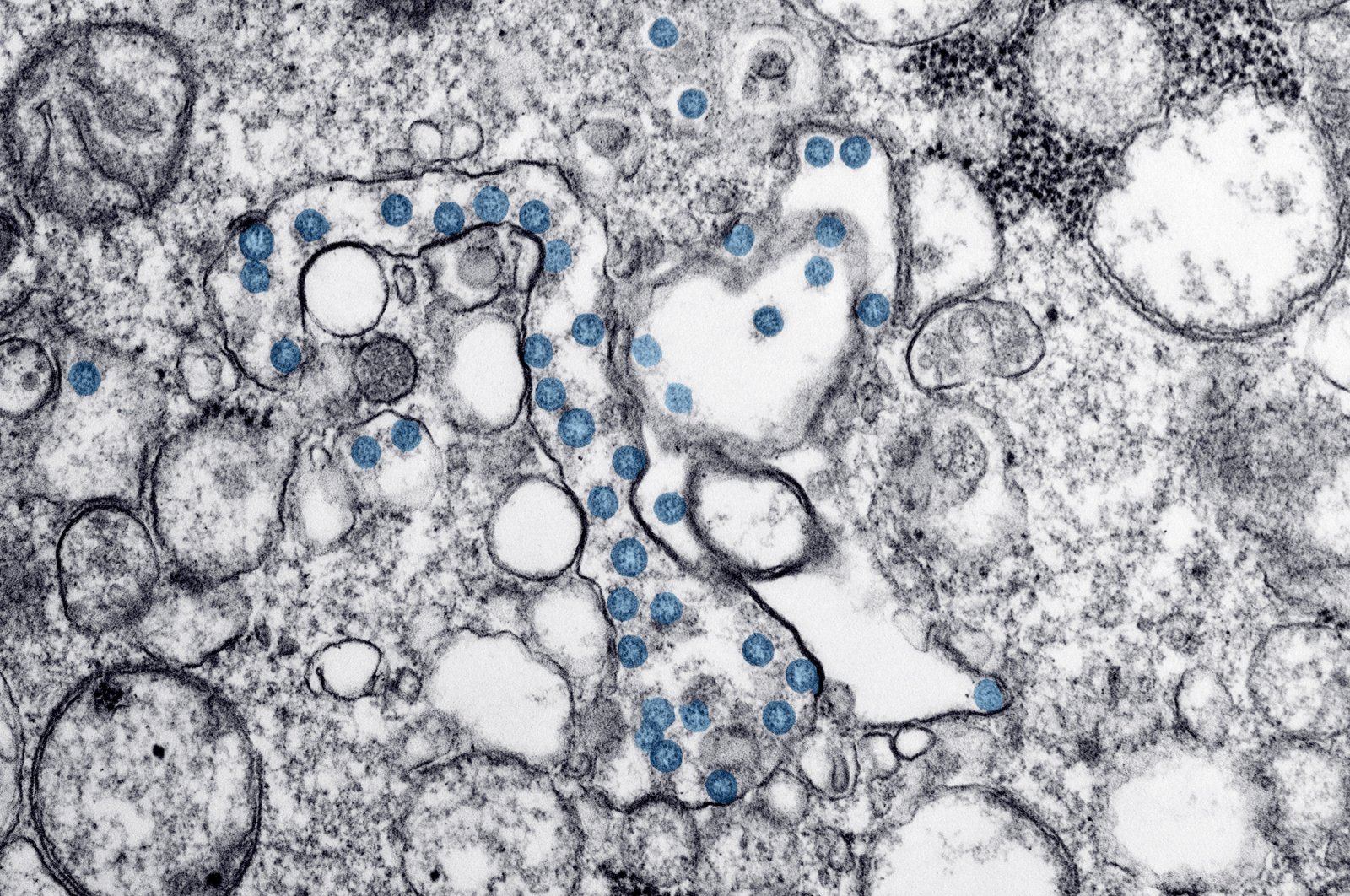 This 2020 electron microscope image made available by the U.S. Centers for Disease Control and Prevention shows the spherical particles of the new coronavirus, colorized blue, from the first U.S. case of COVID-19. (AP Photo)
by Compiled from Wire Services May 05, 2020 10:43 am
RECOMMENDED

Despite "speculative" claims by U.S. President Donald Trump that the new coronavirus had originated in a Chinese lab, the World Health Organization (WHO) assured the world Monday that the killer virus jumped from animals to humans.

Trump last week said he had seen proof that the Wuhan Institute of Virology was actually the source of the outbreak, although he refused to give details.

"We have not received any data or specific evidence from the U.S. government relating to the purported origin of the virus – so from our perspective, this remains speculative," WHO emergencies director Michael Ryan told a virtual briefing. He said they would be very willing to receive any information that purports to the origin of the virus.

Scientists believe that, based on its stepwise evolution, all indications point to the virus evolving in nature and then jumping species. They say SARS-CoV-2, which emerged in China late last year, launched possibly from a market in Wuhan selling exotic animals for meat.

Also speaking at Monday's briefing, WHO expert Maria Van Kerkhove said there were some 15,000 full genome sequences of the novel coronavirus available, and "from all of the evidence that we have seen ... this virus is of natural origin."

While coronaviruses generally originate in bats, both Van Kerkhove and Ryan stressed the importance of discovering how the virus that causes COVID-19 crossed over to humans, and what animal served as an "intermediary host" along the way.

It was important to know "so that we can put in place the right public health and animal-human interface policies that will prevent this happening again," he noted.

The WHO said last week it wanted to be invited to take part in Chinese investigations into the animal origins of the pandemic, which in a matter of months has killed more than 250,000 people worldwide.

"We have offered, as we do with every case in every country, assistance with carrying out those investigations," Ryan said Monday.

"We can learn from Chinese scientists," he said.

But he warned that if questions about the virus' origin were "projected as an aggressive investigation of wrongdoing, then I believe that's much more difficult to deal with. That is a political issue."

"Science needs to be at the center," he said.