'COVID-19 baby boom' might be more of a bust 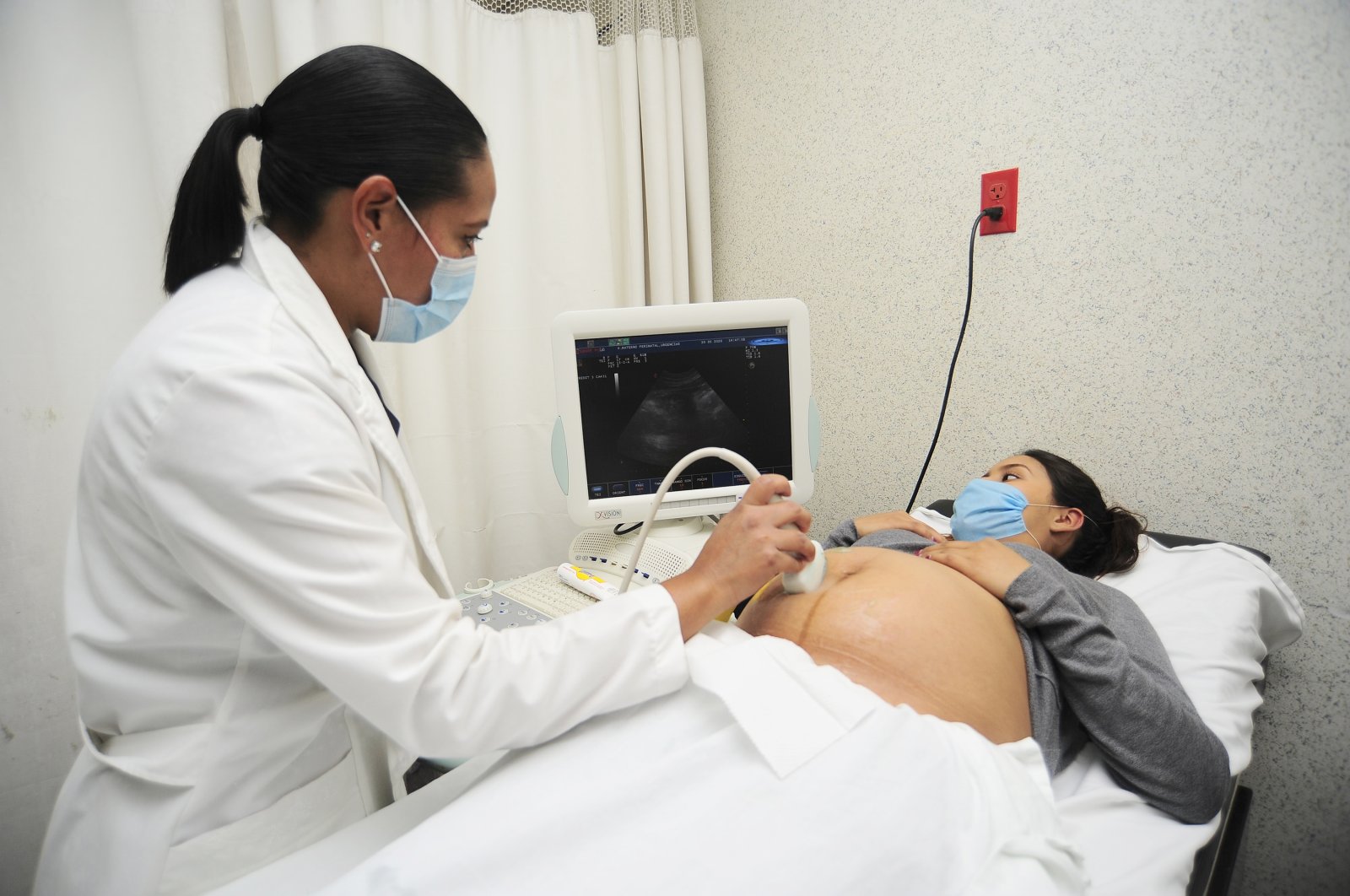 A nurse wearing a face mask checks a pregnant woman about to give birth to a baby at Adolfo Lopez Mateos Hospital amid the coronavirus pandemic in Toluca, Mexico, May 20, 2020. (Reuters Photo)
by German Press Agency - DPA Sep 08, 2020 9:52 am
RECOMMENDED

When stay-at-home orders were announced in the spring, some people wryly speculated about a COVID-19 baby boom.

Social media users even came up with a few suggestions for what this new generation should be called – "coronials" to start, followed by "quaranteens," being two popular ideas.

But as COVID-19 drags on, economists and epidemiologists don't really know how the pandemic will affect birth rates. While some forecast a loss of up to half a million births due to job losses and anxiety about public health, others say other factors unique to the pandemic complicate the situation.

In June, public policy nonprofit Brookings published a report that predicted a decline of between 300,000 and 500,000 births as a result of the pandemic. To arrive at that number, the researchers looked at how birth rates were affected after both the Great Recession of 2008, which led to a 9% drop in births over the next four years, and the 1918 Spanish flu pandemic, which resulted in a 12.5% decline.

Phillip Levine, a co-author of the report, said the theory that birth rates will go up as a result of the pandemic is inconsistent with the economics of fertility.

"We decided to investigate and draw our own conclusions," said Levine, an economics professor at Wellesley College. "We concluded the exact opposite. ... The main takeaway we should be expecting out of this is a significant decline in the number of births next year."

One could argue that COVID-19 will result in an even bigger decline in births than that after the 1918 pandemic, Levine said. During the Spanish flu, economic activity did not slow down because the U.S. was fighting a war, he noted. Factories needed to remain open because "the tools of war needed to be produced."

"The only situation that was occurring at the time was anxiety associated with the public health threat," Levine said. "The other thing that is remarkable is that contraception was not available at the time, so for women to be having that many fewer children, that requires a greater effort than it takes now."

A Guttmacher Institute survey of 2,009 women between the ages of 18 and 49 in early May found that more than 40% of women had changed their plans about when to have children or how many children to have because of the pandemic. In contrast, 17% of women surveyed reported wanting to have more children, or expand their families sooner.

"The stress and the mental and physical health effects of this are going to be really longstanding," she said. "For example, the response of some employers to what's happened with the economy has been to reduce and stop contributions to employees' retirement plans. That may set people back in their plans for a family."

For those seeking fertility services, demand has remained steady throughout the pandemic, said Allison Bloom, an attending physician at Main Line Fertility.

"People we work with have wanted to be pregnant years and months ago," Bloom said. "Waiting a month isn't really an option for some of them. And now we know this is not really going to go away, so people who want to start their family aren't delaying treatments."

"We're dealing with a special group of patients though, and that's important to keep in mind," she said. "People seek us out and what we do is time-sensitive."

While economists and epidemiologists are still waiting to see how the pandemic will ultimately affect global birth rates in the long run, patterns are already emerging. Premature births have fallen, in some cases drastically, in multiple countries. The Philadelphia region has seen an increase in scheduled inductions.

Either way, there will be important implications for what happens to the world's population, said Levine.

"The baby boomers have had influence throughout their lives," he said. "This generation will be the same way."