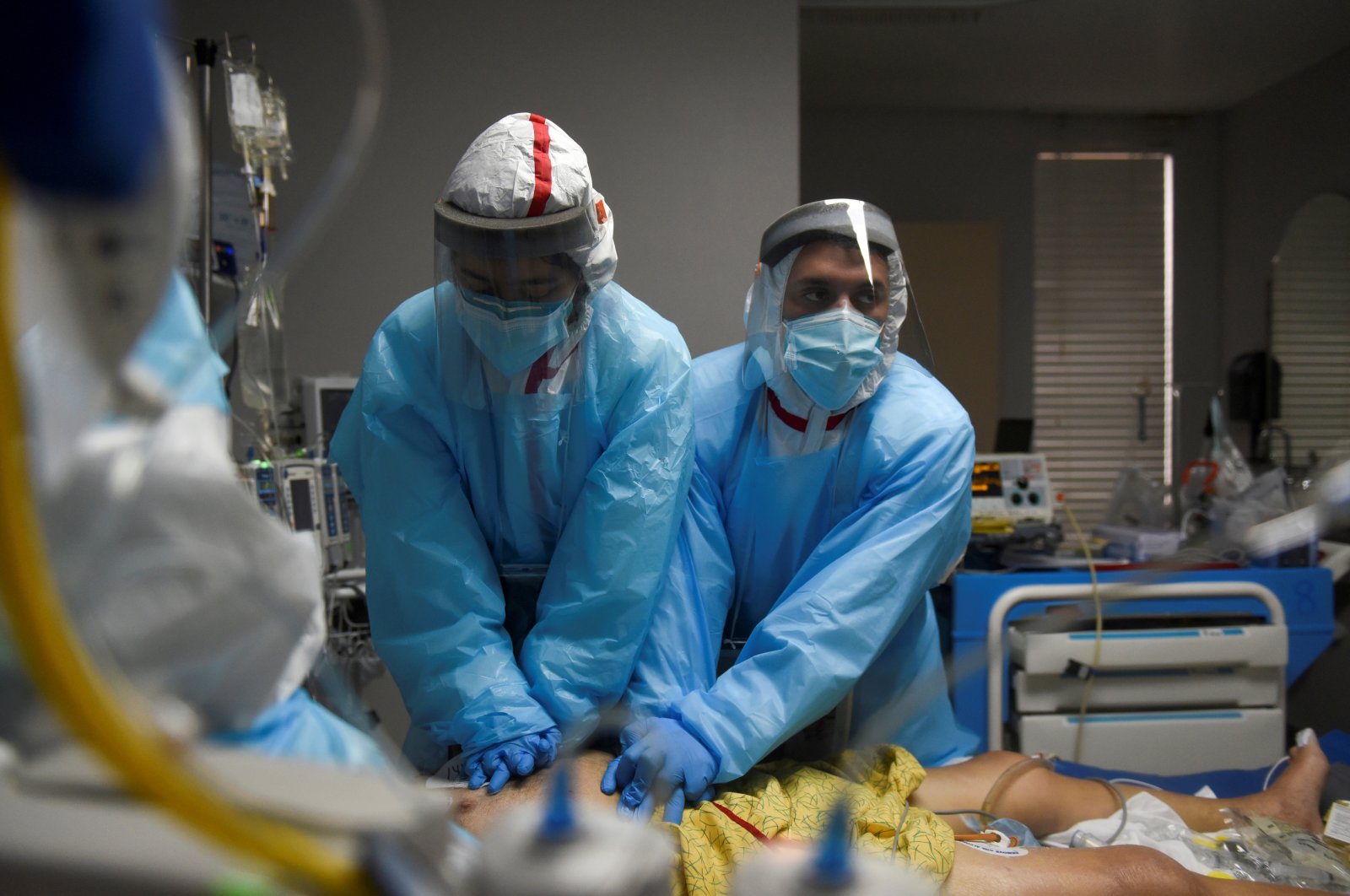 This week's roundup of some of the latest scientific studies on the coronavirus and efforts to find treatments and vaccines for COVID-19 looks at a study on the increased vulnerability of obese patients, some emerging technology to detect the virus and the latest developments concerning the new variants of COVID-19 detected in the U.K. and South Africa.

The body's ability to generate an antibody response to the coronavirus is impaired in obese patients, a new study shows. Researchers found that levels of so-called IgG antibodies, which usually develop within seven to 10 days after symptoms begin, went down as body mass index – a ratio of weight to height – went up.

Obesity itself is known to cause inflammation and immune system dysfunction, the researchers noted in a paper posted on medRxiv on Sunday ahead of peer review. They found that lower antibody levels in obese COVID-19 patients were also linked with higher levels of lung inflammation and inflammatory proteins in the blood.

The new findings, they say, could improve doctors' ability to recognize which obese patients are most vulnerable to the effects of the virus and eventually could help lead to treatments to bolster these patients' immune responses.

In a paper published Friday in Cell, a team that includes Jennifer Doudna – this year's co-winner of the Nobel Prize in chemistry – describes a CRISPR-based COVID-19 test in which the swab sample is mixed with an enzyme called Cas13 that can recognize the genetic material of the coronavirus, plus an extra molecule that becomes fluorescent when cut. The mixture is then placed in a device that attaches to smartphones.

If the mixture contains genetic material from the virus, the enzyme finds it and slices it – without time-consuming virus-purification steps other tests require. The enzyme also slices the extra molecule, and the resulting fluorescence is detected by the phone camera as a signal that the virus is present.

Smartphone cameras "are about 10-fold more sensitive than lab-based devices in detecting the fluorescence signal fast and reliably within minutes," said co-author Dr. Melanie Ott of the Gladstone Institute of Virology at the University of California, San Francisco. "The cell phone is also portable, widely available and ... via GPS can facilitate contact tracing."

A new variant of the coronavirus was detected in the U.K. as the country announced various new restrictions to control the spread of the mutated virus.

The strain, referred to by some experts as the B.1.1.7 lineage, is not the first new variant of the pandemic virus to emerge. The main worry is that the variant is significantly more transmissible than the original strain.

It has 23 mutations in its genetic code – a relatively high number of changes – and some of these are affecting its ability to spread. Scientists say it is about 40%-70% more transmissible. The U.K. government said Saturday it could increase the reproduction “R” rate by 0.4.

This means it is spreading faster in Britain, making the pandemic there yet harder to control and increasing the risk it will also spread swiftly in other countries.

South Africa has also identified a new variant of the coronavirus, which authorities believe is driving a surge in COVID-19 infections that could overwhelm its health care system. The new variant, referred to as 501.V2, was discovered by a network of scientists around South Africa who have been tracking the genetics of the SARS-COV-2 virus.

Several countries, including Britain which has found the mutant variant in cases linked to South Africa, have banned flights from South Africa, disrupting holiday travel and frustrating tour operators.

Scientists say the variant is different from others circulating in South Africa because it has multiple mutations in the important "spike" protein that the virus uses to infect human cells.

It has also been associated with a higher viral load, meaning a higher concentration of virus particles in patients' bodies, possibly contributing to higher levels of transmission.

The variants reported by South Africa and the U.K. share a common change in the spike protein that may make them more infectious. But they are different variants, and sequence analysis revealed that they originated separately, the World Health Organization (WHO) said.

Dr. Andrew Preston, a reader in microbial pathogenesis at the University of Bath, said, "The 'South African' variant is distinct from the UK variant, but both contain an unusually high number of mutations compared to other SARS-CoV-2 lineages."

Scientists say there is no clear evidence at this stage that either of these variants is associated with more severe disease or worse outcomes. However, it does appear to spread faster than previous iterations.

Vaccine developers including AstraZeneca, BioNTech and Moderna Inc. said this week that they expect their shots to still work against the U.K. variant.