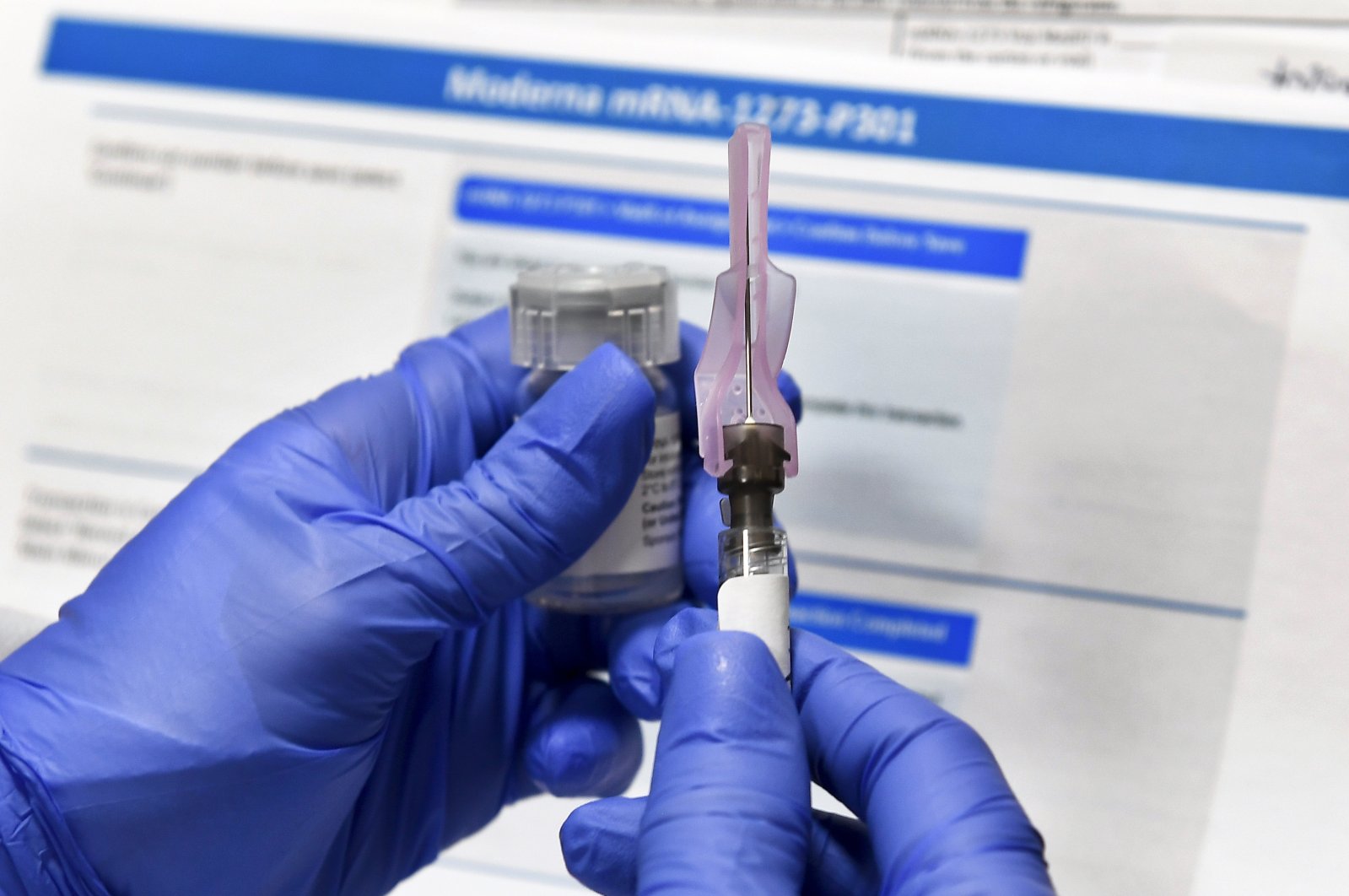 With clinical trials and studies for a possible treatment or vaccine for COVID-19 continuing at full steam, two recent promising developments are offering hope to put an end to the coronavirus pandemic.

One of the frontrunners in the race to develop a vaccine, Moderna Inc. said that results from the Phase 1 portion of its clinical trial for a vaccine candidate showed its drug was safe and generated a strong immune response among a group of 40 older adults. The vaccine produced virus-neutralizing antibodies at levels similar to those seen in younger adults, with side effects roughly on par with high-dose flu shots, researchers said Tuesday.

The study, published in the New England Journal of Medicine, offers a more complete picture of the vaccine's safety in older adults, a group at increased risk of severe complications from COVID-19. The findings are reassuring because immunity tends to weaken with age, Dr. Evan Anderson, one of the study's lead researchers from Emory University in Atlanta, said in a phone interview.

The study was an extension of Moderna's Phase 1 safety trial, first conducted in individuals aged 18-55. It tested two doses of Moderna's vaccine – 25 micrograms and 100 micrograms – in 40 adults aged 56 to 70 and 71 and older.

Overall, the team found that in older adults who received two injections of the 100 microgram dose 28 days apart, the vaccine produced immune responses roughly in line with those seen in younger adults.

Moderna is already testing the higher dose in a large Phase 3 trial, the final stage before seeking emergency authorization or approval. Side effects, which included headache, fatigue, body aches, chills and injection site pain, were deemed mainly mild to moderate. In at least two cases, however, volunteers had severe reactions.

One developed a grade-three fever, which is classified as 102.2 degrees Fahrenheit (39 degrees Celsius) or above, after receiving the lower vaccine dose. Another developed fatigue so severe it temporarily prevented daily activities, Anderson said.

Typically, side effects occurred soon after receiving the vaccine and resolved quickly, he said.

"This is similar to what a lot of older adults are going to experience with the high-dose influenza vaccine," Anderson said. "They might feel off or have a fever."

Norman Hulme, a 65-year-old senior multimedia developer at Emory who took the lower dose of the vaccine, said he felt compelled to take part in the trial after watching first responders in New York and Washington state fight the virus.

"I really had no side effects at all," said Hulme, who grew up in the New York area.

Hulme said he was aware Moderna's vaccine employed new technology and that there might be a risk in taking it, but said, "Somebody had to do it."

Meanwhile, U.S. biotech firm Regeneron also announced that its antibody cocktail against the coronavirus reduced the viral load and recovery time in non-hospitalized COVID-19 patients during an early-stage clinical trial.

"We are highly encouraged by the robust and consistent nature of this initial data," said George Yancopoulos, the company's president and chief scientific officer.

"We have begun discussing our findings with regulatory authorities while continuing our ongoing trial," he added.

The results related to the first 275 patients recruited into Regeneron's Phase 1 trial. The patients were randomized to receive either a low dose, high dose or placebo of the drug, and they were also classed by whether their bodies had mounted their own antibody response or not.

The greatest treatment benefit was seen in patients who had not mounted their own effective immune response, which suggested the drug, called REGN-COV2, could act as a substitute in the absence of naturally occurring antibodies, according to Yancopoulos.

Regeneron said it would recruit 1,300 patients for the next stages of the outpatient trial. It is also concurrently running late-stage trials for hospitalized COVID-19 patients and for the drug's potential use as prophylaxis.

Antibodies are infection-fighting proteins made by the immune system that can bind to particular structures on the surfaces of pathogens and prevent them from invading cells. Vaccines work by teaching the body to make its own antibodies, while scientists are also testing ready-made antibodies from the blood of recovered patients, called convalescent plasma. But it is not possible to make convalescent plasma a mass treatment.

Researchers can also comb through the antibodies produced by recovered patients and select the most effective out of thousands, and then manufacture it on a large scale.

Regeneron uses a multi-antibody strategy to decrease the chances that the virus will mutate to evade the blocking action of a single antibody, an approach the company detailed in a recent study in Science magazine.

Last year, a triple-antibody cocktail developed by Regeneron was shown to be effective against the Ebola virus.