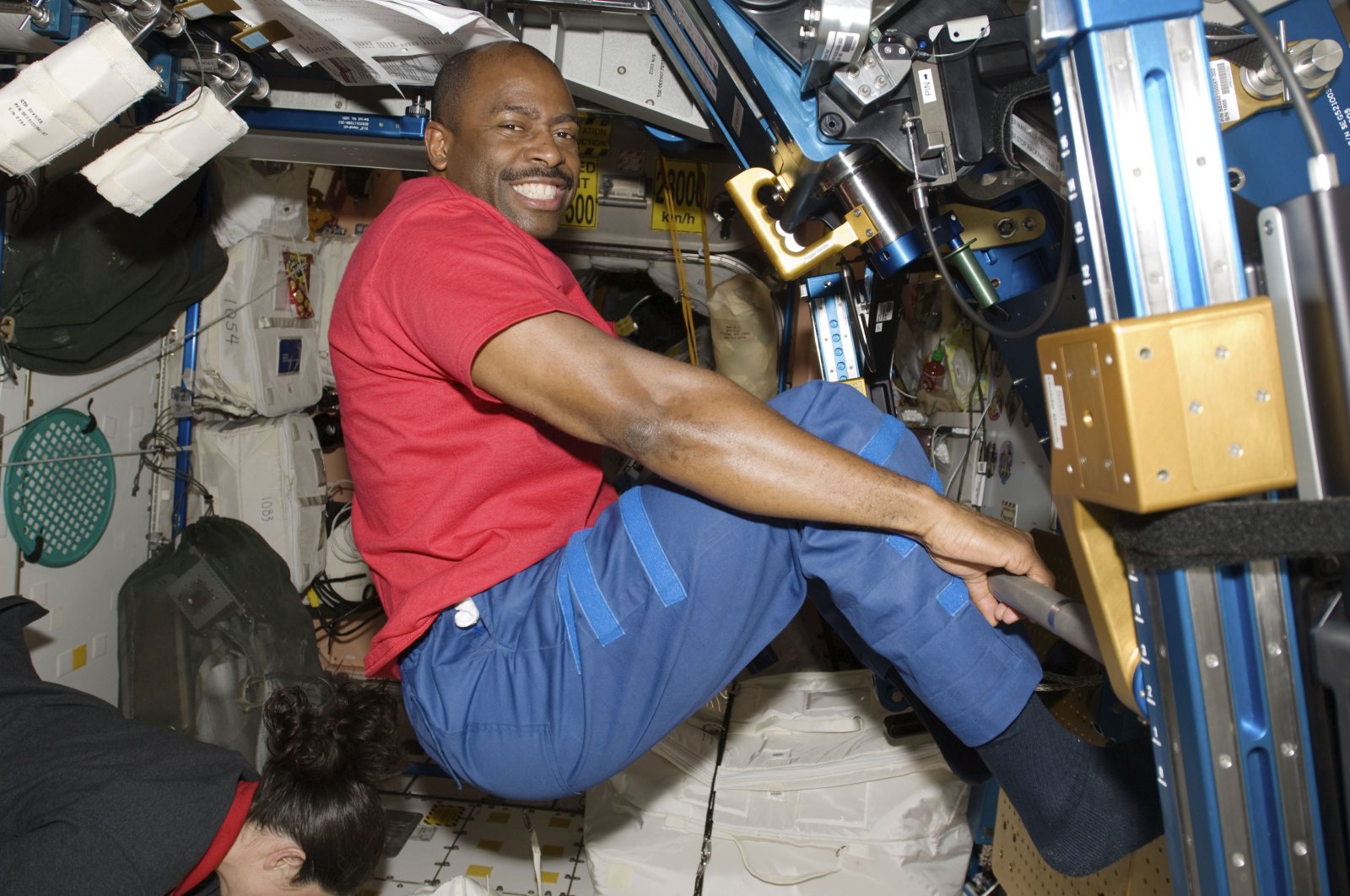 Astronaut Leland Melvin, STS-129 mission specialist, exercises in the Unity module of the International Space Station while the space shuttle Atlantis is docked with the station, Nov. 22, 2009. (NASA via AP)
by Associated Press Jun 23, 2021 5:18 pm
RECOMMENDED

How do you do your laundry without a washing machine, sink, soap or a river? Let's add to the mix the fact that you are in space. Well for these very reasons, the astronauts aboard the International Space Station (ISS) don't wash their clothes. Or at least that was the case until recently, as the National Aeronautics and Space Administration (NASA) is now working hard to find a way to accomplish the task in space.

Normally, astronauts wear their underwear, gym clothes and everything else until they can't take the filth and stink anymore, then junk them.

NASA wants to change that – if not at the ISS, then the moon and Mars – and stop throwing away tons of dirty clothes every year, stuffing them in the trash to burn up in the atmosphere aboard discarded cargo ships. So it's teamed up with Procter & Gamble Co. to figure out how best to clean astronauts' clothes in space so they can be reused for months or even years, just like on Earth.

The Cincinnati company announced Tuesday that it will send a pair of Tide detergent and stain removal experiments to the space station later this year and next, all part of the galactic battle against soiled and sweaty clothes.

It's no small problem, especially as the U.S. and other countries look to establish bases on the moon and Mars.

Rocket cargo space is tight and expensive, according to NASA, so why waste it on new outfits if their clothes could be kept looking and smelling fresh? When you figure an astronaut needs 150 pounds (68 kilograms) of clothes in space per year, that quickly adds up, especially on a three-year Mars mission, said Mark Sivik, a chemist specializing in fabric and home care technology for P&G.

Space station astronauts exercise two hours every day to counter the muscle- and bone-withering effects of weightlessness, quickly leaving their workout clothes sweaty, smelly and stiff. Their T-shirts, shorts and socks end up so foul that they run through a pair every week, according to Leland Melvin, a former NASA astronaut and NFL player.

"After that, they're deemed toxic," said Melvin, who's serving as a spokesperson for the project. "They like have a life of their own. They're so stiff from all that sweat."

While NASA and the other space station partners have looked into special antimicrobial clothes to prolong wear, it's not a long-term solution.

In its initial experiment, P&G will send up detergent custom-made for space in December so scientists can see how the enzymes and other ingredients react to six months of weightlessness. Then next May, stain-removal pens and wipes will be delivered for testing by astronauts.

At the same time, P&G is developing a washer-dryer combo that could operate on the moon or even Mars, using minimal amounts of water and detergent. Such a machine could also prove useful in arid regions here on Earth.

One of the many design challenges: The laundry water would need to be reclaimed for drinking and cooking, just like urine and sweat are currently recycled aboard the space station.

"The best solutions come from the most diverse teams," Melvin said, "and how more diverse can you be than Tide and NASA?"