Do you have a lighter? Scientists find earliest human tobacco use 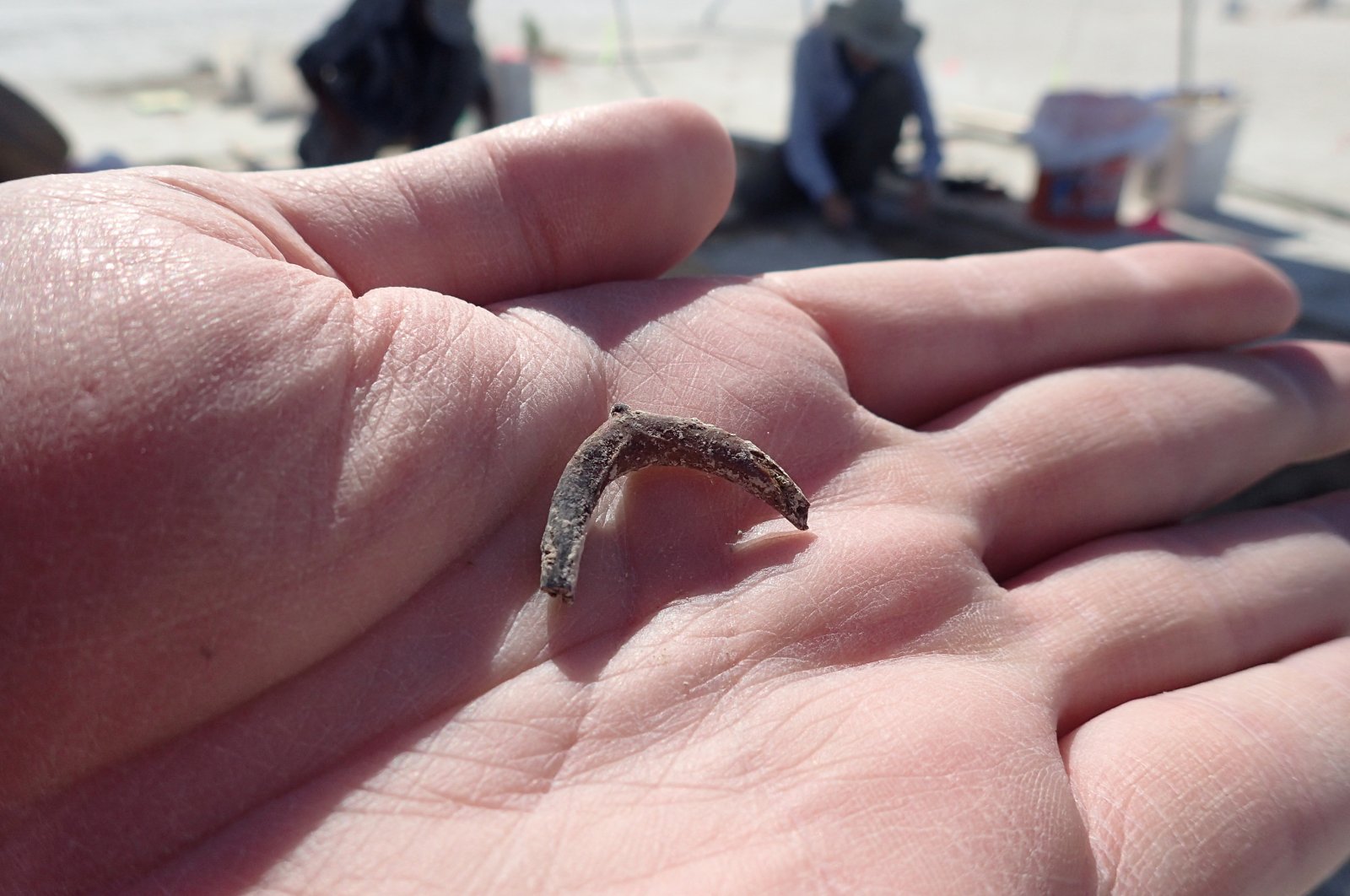 A duck wishbone is seen in this undated photo in the palm of archaeologist Daron Duke's hand at the location of an ancient 12,300-year-old hearth at the Wishbone site in the Great Salt Lake Desert in northern Utah, U.S. (Reuters Photo)
by Reuters
Oct 12, 2021 3:47 pm

A milestone discovery has been made in the U.S. state of Utah near the Great Salt Lake Desert proving that humanity's smoking habit dates back thousands of years. Scientists unearthed evidence of the earliest known use of tobacco in human culture in the remnants of a hearth built about 12,300 years ago.

Researchers discovered four charred seeds of a wild tobacco plant within the hearth's contents, along with stone tools and duck bones left over from meals. Until now, the earliest documented use of tobacco came in the form of nicotine residue found inside a smoking pipe from Alabama dating to 3,300 years ago.

The researchers believe the nomadic hunter-gatherers at the Utah site may have smoked the tobacco or perhaps sucked on wads of tobacco plant fibers for the stimulant qualities offered by the nicotine it contained.

Though tobacco use originated among the New World's native peoples, it spread worldwide following the arrival of Europeans more than five centuries ago. Tobacco now represents a worldwide public health crisis, with 1.3 billion tobacco users and more than 8 million annual tobacco-related deaths, according to the World Health Organization.

"On a global scale, tobacco is the king of intoxicant plants, and now we can directly trace its cultural roots to the ice age," said archaeologist Daron Duke of the Far Western Anthropological Research Group in Nevada, lead author of the research published on Monday in the journal Nature Human Behaviour.

The seeds belonged to a wild variety of desert tobacco, named Nicotiana attenuata, that still grows in the area.

"This species was never domesticated but is used by Indigenous people in the region to this day," Duke said.

The Great Salt Lake Desert today is a large dry lake bed in northern Utah. The hearth site at the time was part of vast marshlands, with a chillier clime during the twilight of the ice age. It is called the Wishbone site owing to duck wishbones found in the hearth.

The hearth remnants were found eroding out of the barren mud flats where wind has been peeling away sediment layers since the marshlands dried up about 9,500 years ago.

"We know very little about their culture," Duke said of the hunter-gatherers. "The thing that intrigues me the most about this find is the social window it gives to a simple activity in an undocumentepast. My imagination runs wild.

Artifacts there included small sharp stone cutting tools and spear tips made of a volcanic glass called obsidian, used for hunting large mammals. One spear tip bore the remains of blood proteins from a mammoth or mastodon – elephant relatives that later went extinct.

"We surmise that tobacco must have figured into the ecological knowledge base of those who settled the interior of the North American continent, some 13,000-plus years ago," Duke said.

Tobacco domestication occurred thousands of years later elsewhere on the continent, in the Southwestern and Southeastern United States and in Mexico, Duke added.

"We don't know when exactly tobacco was domesticated, but there was a great florescence of agriculture in the Americas within the last 5,000 years. Evidence for the use of tobacco, both direct – seeds, residue – and indirect – such as pipes – increases during these times alongside the domestication of food crops," Duke added.

Some scholars have argued that tobacco may have been the first plant domesticated in North America – and for sociocultural rather than food purposm.

"There is no doubt that people would have already been at least casually tending, manipulating and managing tobacco well before the population and food-requirement incentives that drove investments in agriculture," Duke said.