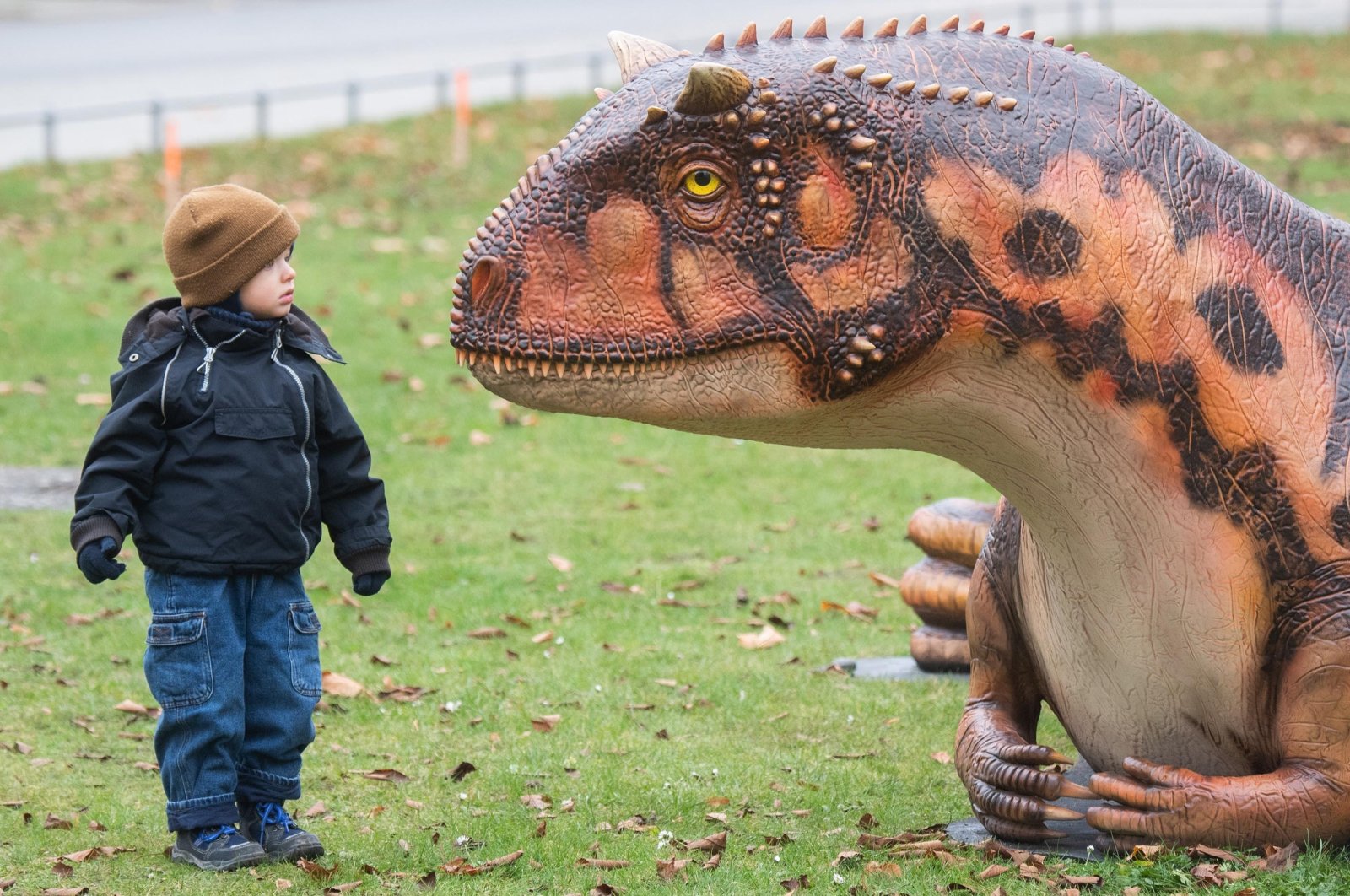 When one thinks of a carnivorous dinosaur, one probably imagines something like a Tyrannosaurus rex, but in actuality, the oldest such dinosaur – in the United Kingdom at least – was a chicken-sized animal that measured one meter (3.2 feet) long with its tail, scientists have described recently.

The new dinosaur is a theropod, a group which also includes the T. rex and modern birds.

The fossil was named Pendraig milnerae – Pendraig meaning chief dragon in Middle Welsh, and milnerae honoring Angela Milner, who was the Natural History Museum's deputy keeper of palaeontology for more than 30 years.

It dates from the Late Triassic period (more than 200 million years ago) and was first discovered in Pant-y-ffynnon in southern Wales and described in a 1983 thesis.

However, it has now been reclassified as a new species, and the oldest theropod discovered in the U.K. to date.

These dinosaurs were smaller than their closest relatives living on the mainland, and are likely to have had a body size similar to that of a modern-day chicken.

They would have been a meter long including their tails, the study indicates.

The fragmentary fossils of the species consist of specimens from the pelvic region, vertebrae and an associated left thighbone.

"Pendraig milnerae lived near the beginning of the evolution of the meat-eating dinosaurs," said Stephan Spiekman, research fellow at the Natural History Museum and first author on the paper.

"It's clear from the bones we have that it was a meat-eater, but early in the evolution of this group these animals were quite small, in contrast to the very famous meat-eating dinosaurs like T. rex which evolved much later," he added.

Milner died on Aug. 13 this year, and was instrumental in relocating the specimen, as well as contributing significantly to the understanding of theropod dinosaurs from the U.K.

Susannah Maidment, a senior researcher in paleobiology at the Natural History Museum, who worked with Milner, said: "I told Angela that I couldn't find the specimen, and so she went away and about three hours later she had it."

"She found it in a drawer with crocodile material. She must have had the specimen in her mind's eye from when she had previously looked through that drawer."

"This paper would not have been possible without her," Maidment added.

Researchers suggest the discovery of this new species could also provide evidence for potential island dwarfism among species in the area, but this is not currently conclusive.

Spiekman said: "The area where these specimens were found was most likely an island during the time period in which it lived."

"Species which live on islands often tend to become smaller than those on the mainland in a phenomenon called island dwarfism."

"We need more evidence from more species to investigate the potential for island dwarfism in this area during that time, but if we could prove it, it would be the earliest known occurrence of this evolutionary phenomenon," he added.

The research from the Natural History Museum and the University of Birmingham is published in Royal Society Open Science.