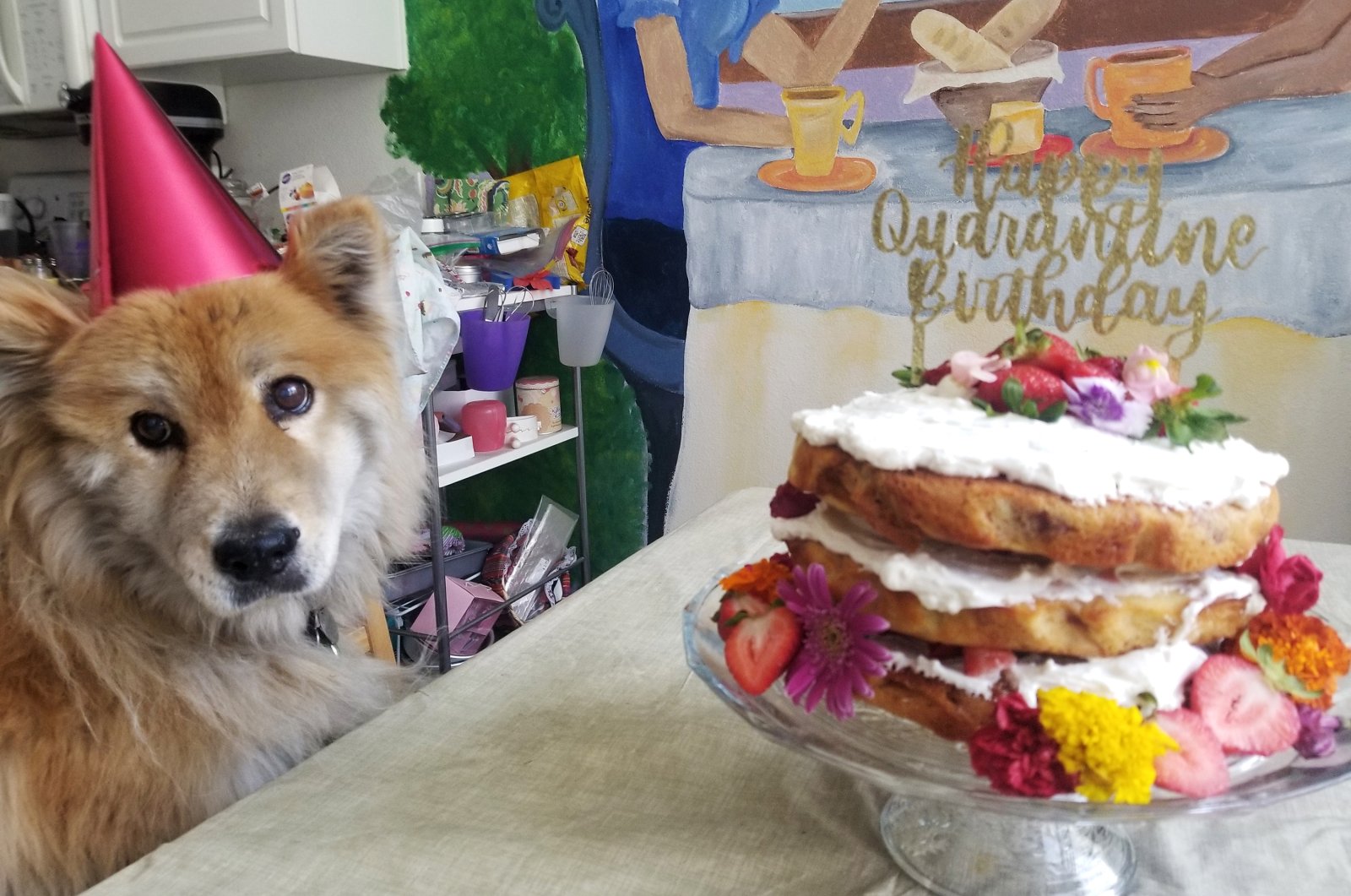 A dog named Penny sits next to a naked strawberry chamomile cake made to celebrate her birthday in isolation during the COVID-19 pandemic in Phoenix, Arizona, U.S., June 2020. (AP Photo/)
by DAILY SABAH Sep 08, 2020 12:30 pm
Edited By Yasemin Nicola Sakay
RECOMMENDED

The coronavirus pandemic has taken away a lot of our usual routines and disrupted our daily lives. And now it seems that it may be taking away some of our traditions too, especially when it comes to celebrating birthdays.

According to research carried out by scientists at Lund University in August, singing the classic "happy birthday" song may be dangerous as it can spread COVID-19 exponentially quicker and further compared with talking and breathing.

Using high-speed cameras to capture aerosols and droplets emitted while singing, the scientists scrutinized many songs and found that songs that contain the letters "B" and "P," which are plosive sounds that are pronounced by stopping the airflow and putting both lips together, produced more particle emissions. Loud and consonant-rich songs were also particularly culpable.

By examining 12 healthy professional and amateur singers and two with confirmed COVID-19, the researchers found that the louder and more powerful they sang, the greater the concentration of aerosols and droplets was. Especially when they sang the Swedish song "Bibbis pippi Petter," rich in saliva-producing consonants, they pushed more droplets, the researchers discovered.

"Some droplets are so large that they only move a few decimeters from the mouth before they fall, whereas others are smaller and may continue to hover for minutes. In particular, the enunciation of consonants releases very large droplets and the letters B and P stand out as the biggest aerosol spreaders," said Malin Alsved, a doctoral student at Aerosol Technology at Lund University in Sweden and co-author of the study, in a press release.

The study also investigated the efficacy of face masks in reducing emissions.

"When the singers were wearing a simple face mask this caught most of the aerosols and droplets and the levels were comparable with ordinary speech," said Jakob Löndahl, a co-author of the study, supporting previous research that wearing a face mask can make a great difference in stifling the spread of the virus.

Considering that even when talking it is quite common to accidentally spit a few drops of saliva while pronouncing certain letters or phonemes, examining singing and its role in transmission has been a topic of interest for scientists. What spurred such research was an incident in March documenting the spread of COVID-19 in choir settings.

At the beginning of the global pandemic, a choir group in Washington had held a rehearsal, albeit while adhering to social-distancing rules and using hand sanitizer. However, three weeks later, 45 members of the group were diagnosed with COVID-19, three of whom were hospitalized and two died.

The scientists concluded that singing in groups could be classified as an activity constituting a risk of transmitting infection. However, they noted that this risk could be mitigated and even prevented if measures such as distancing, proper hygiene and ventilation are adopted.