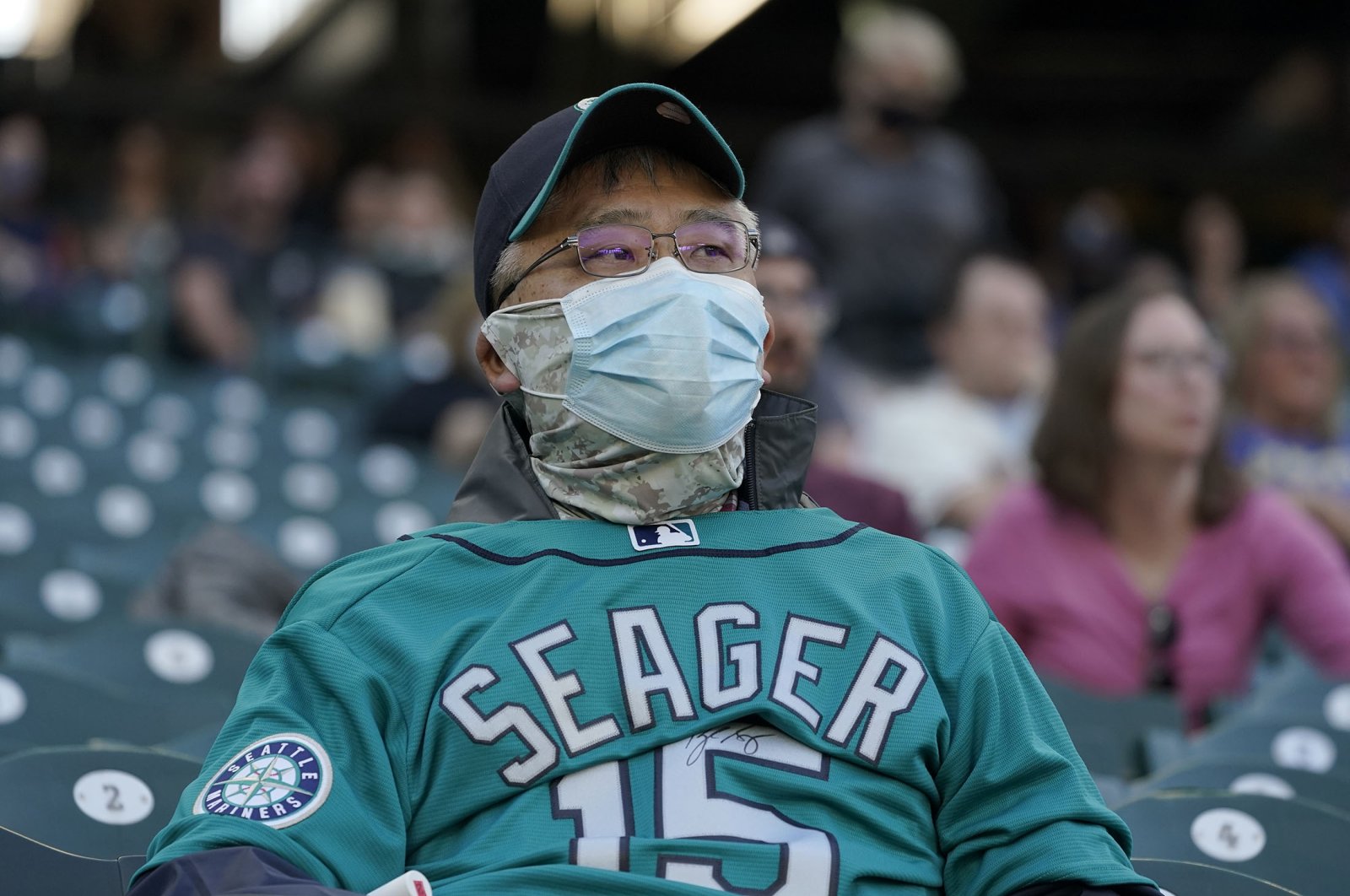 A fan wears two masks and a backward Kyle Seager jersey as he watches a baseball game between the Mariners and the Houston Astros, in Seattle, Washington, April 17, 2021. (AP Photo)
by REUTERS Apr 21, 2021 2:32 pm
RECOMMENDED

The ongoing debate over whether one mask is inferior to two surgical masks worn on top of each other may have reached a solution thanks to a Japanese supercomputer.

Simulations run by the Fugaku model have shown that double-masking, in a partial contradiction of a recent recommendation by the U.S. Centers of Disease Control and Prevention (CDC), were not significantly better at reducing a person's exposure to the coronavirus. Wearing two masks gave limited benefit in blocking viral spread compared to one mask that properly fit, it found.

Researchers modeled the flow of virus particles from people wearing different types and combinations of masks, according to a study released early March by research giant Riken and Kobe University.

Using a single surgical-type mask, made of non-woven material, had 85% effectiveness in blocking particles when worn tightly around the nose and face. Adding a polyurethane mask on top boosted the effectiveness to just 89%.

"The performance of double masking simply does not add up," wrote the researchers, led by Makoto Tsubokura.

The Riken research team previously used the Fugaku supercomputer to model how humidity can affect viral contagion and the infection risks in trains, workspaces and other environments.

As the COVID-19 epidemic has worn on, scientific consensus has grown that the virus is spread through the air and masks are effective in controlling contagion.