Engineers create bird bots that can perch and grab objects 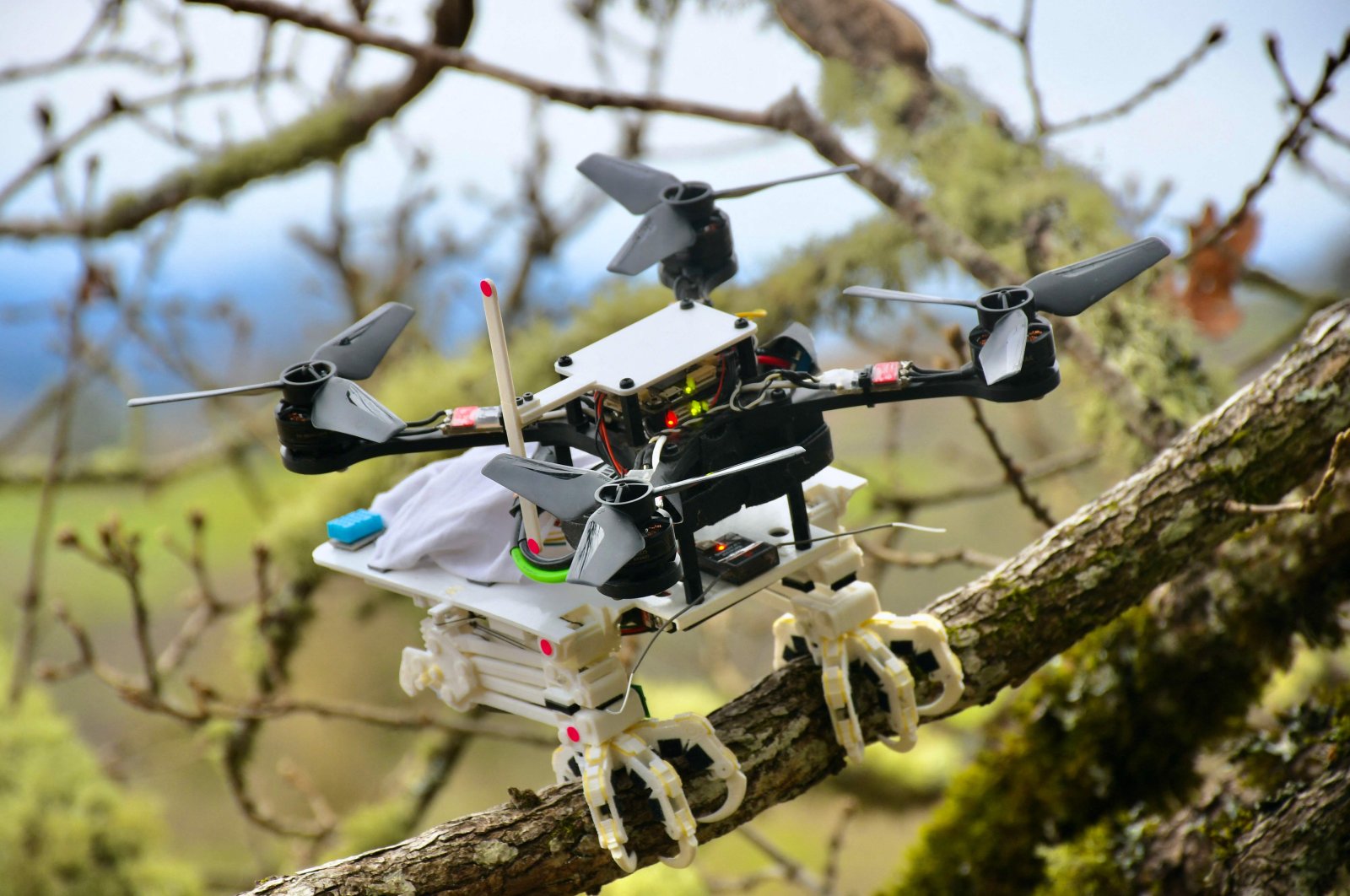 Inspired by how birds land and perch on branches, a team of engineers at Stanford University has built robotic graspers that can fit on drones, enabling them to catch objects and grip various surfaces.

The advance could allow flying robots to conserve power in situations where they might otherwise be required to hover – for example in search and rescue missions – or help ecologists collect data more easily in forests.

"We want to be able to land anywhere – that's what makes it exciting from an engineering and robotics perspective," David Lentink, who co-authored a paper about the design in Science Robotics released Wednesday, told Agence France-Presse (AFP).

The team has dubbed their project "stereotyped nature-inspired aerial grasper," or SNAG.

Roboticists often look to animals to resolve difficult engineering problems, but mimicking the way birds fly and perch after millions of years of evolution is no easy feat.

Branches differ in size, shape and texture. They can be covered in lichen or moss, or might be slippery from the rain.

The team studied previous data they'd gathered on parrotlets – the second smallest species of parrot – using high-speed cameras to watch how the birds landed on perches of different sizes and materials, including wood, foam, sandpaper and Teflon.

The perches also contained sensors to capture the level of force associated with landing, roosting and takeoff.

What they found was the birds approached every landing the same way, using their feet to deal with any variability they encounter.

Specifically, birds curl their claws around a perch, and they also have soft, wrinkly toe pads that provide reliable friction.

The team had to build a grasper large enough to support a small quadcopter drone and so modeled their design on the legs of a peregrine falcon.

It has a 3D-printed structure that took 20 iterations to perfect, with motors and fishing line standing in for muscles and tendon.

Its clutching action takes 20 milliseconds, and once wrapped around the branch, an accelerometer in the right foot tells the robot it has landed.

This in turn triggers a balancing algorithm, which tilts the bot forward to avoid falling, again like real birds.

The finished bird bot successfully caught items thrown at it like bean bags and tennis balls and was able to land in real-world conditions in the forests of Oregon.

Beyond the potential future applications for drones, Lentink said that building such robots can give rise to new insights into avian morphology.

For example, the team tried out the two most common toe arrangements seen in birds – three toes in front and one in the back, versus two in front and two in the back – and found they did not make a difference to the bot's grasping ability.

This tells biologists that these evolutionary differences arose for other reasons.

"Part of the underlying motivation of this work was to create tools that we can use to study the natural world," co-author William Roderick said in a statement.