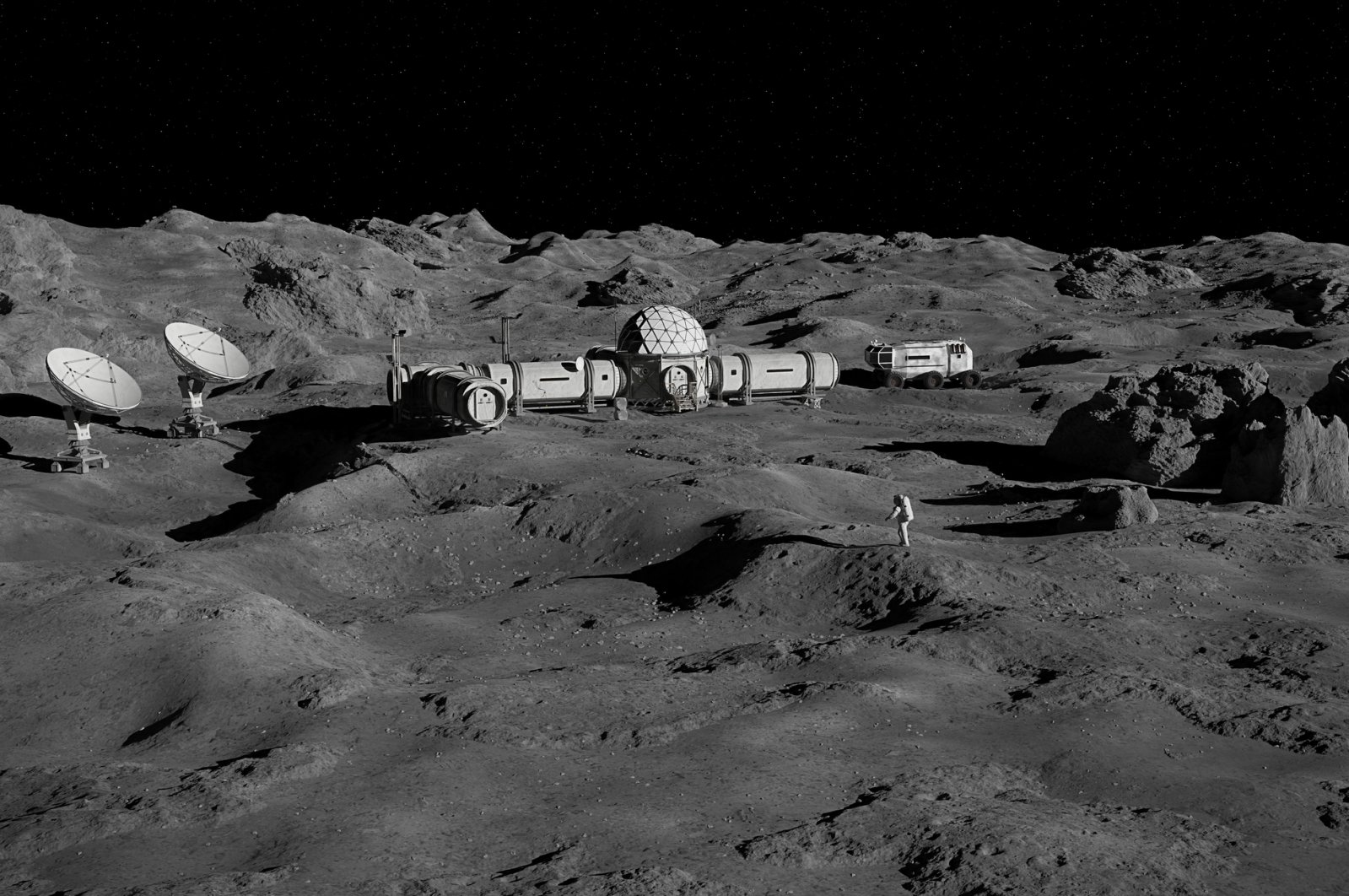 Future bases and homes on the moon could be made with the help of human urine. (iStock Photo)
by Daily Sabah with AP May 12, 2020 12:35 pm
RECOMMENDED

Who knew that one day human urine could become a useful and innovative ingredient in making concrete to build on the moon. Well, the European Space Agency thinks that day has come.

The agency announced Friday that researchers in a recent study it sponsored found that urea, the main organic compound in urine, would make the mixture for a “lunar concrete” more malleable before it hardens into its sturdy final form. It noted that using only materials available on site for a moon base or other construction would reduce the need to launch supplies from Earth.

The main ingredient in “lunar concrete” would be a powdery soil found on the moon’s surface known as lunar regolith. The ESA said urea, which can break hydrogen bonds and reduce the viscosity of fluid mixtures, would limit the amount of water necessary in the recipe.

“Thanks to future lunar inhabitants, the 1.5 liters (3.2 pints) of liquid waste a person generates each day could become a promising by-product for space exploration,” it said in a statement.

On Earth, urea is used as an industrial fertilizer and a raw material by chemical and medical companies.

“The hope is that astronaut urine could be essentially used as it is on a future lunar base, with minor adjustments to the water content," study co-author Marlies Arnhof said in the ESA statement. “This is very practical, and avoids the need to further complicate the sophisticated water recycling systems in space.”

Using urine as a building block, as far-fetched and unconventional as it sounds, is nothing new though.

In 2018, engineering students from Cape Town, South Africa collected the human waste from urinals on their campus and combined it with sand and bacteria to produce bio-bricks.

But how is this possible? The process, called microbial carbonate precipitation, is similar to the way seashells are formed. The sand colonized with bacteria that produce urease breaks down the urea in the urine, and as a result of this chemical reaction, calcium carbonate is produced. This cements the blocks and can be turned into the shape desired.