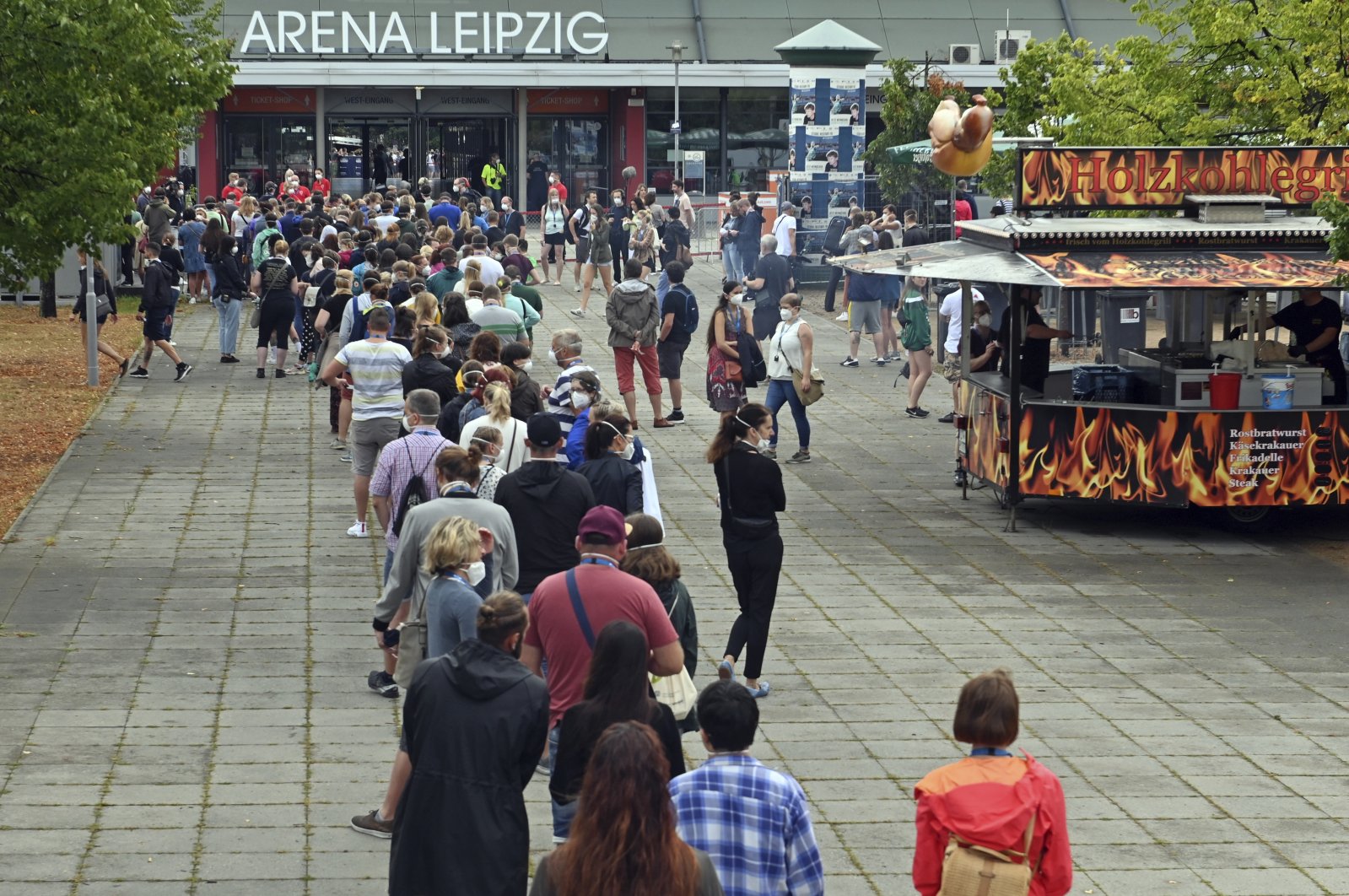 Test persons of a large-scale experiment of the University Medicine Halle/Saale are standing at the entrance in front of the Arena Leipzig, Saxony, Leipzig on Aug. 22, 2020. (AP Photo)
by German Press Agency - DPA Aug 22, 2020 12:24 pm
RECOMMENDED

An unusual concert is set to take place in the German city of Leipzig on Saturday, with scientists keeping close tabs on the crowd in a bid to study the risk of coronavirus infection at large events.

German pop singer Tim Bendzko has teamed up with scientists from the University Hospital in Halle to put on the arena show, which comes amid debate in Germany on whether large-scale events at concert halls and football stadiums can resume during the pandemic.

"We want to study how much contact the participants have with one another during the concert – which is actually still not clear," said Stefan Moritz, who is leading the study.

Concertgoers will be fitted with contact-tracing devices, while sensors on the ceiling of the venue are to collect data on their movements.

Fluorescent disinfectant will also be distributed. "After the event, we can see with UV lamps which surfaces glow in particular, meaning they were touched particularly often," Moritz explained.

Just 2,210 people have signed up to take part in the experiment – well short of the over 4,000 volunteers that the organizers had been aiming for, although some late registrations have trickled in this week.

The project, dubbed Restart-19, is a joint effort between the eastern states of Saxony-Anhalt and Saxony.

In those two states, events with crowds of up to 1,000 people are currently allowed under certain conditions.

The results of the study are expected in October.

All participants must provide a negative test result for the novel coronavirus prior to Saturday's concert and will wear FFP2 masks during the event.