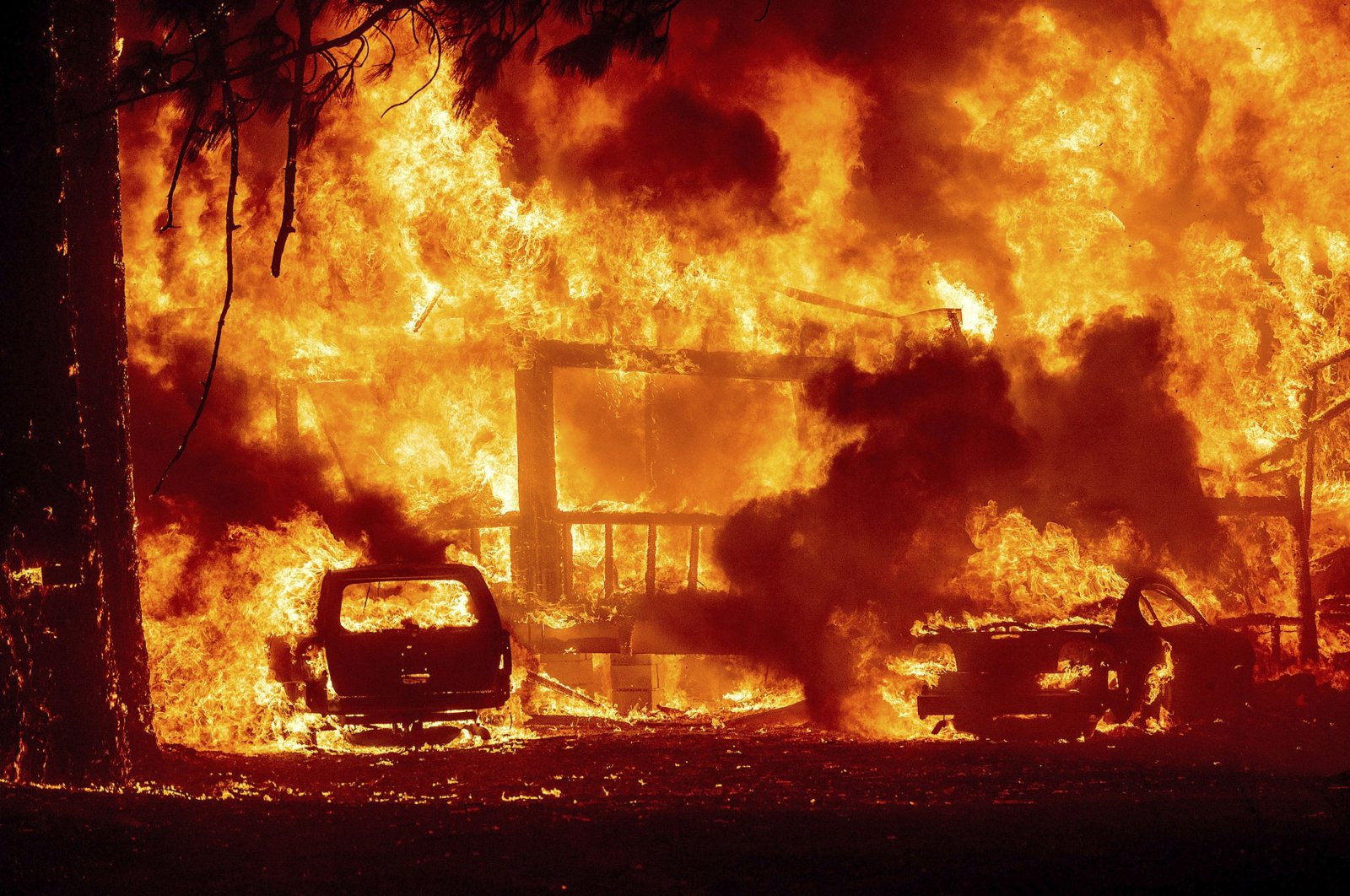 Global temperatures are not the only thing rising at the moment – along with global warming, an entirely unique terminology and lexicon to keep track of has arisen as well. The logic behind these new terms must be that, as all descends into chaos and we stare down into the abyss, we should at least know the scientific term for “apocalypse.”

Rising temperatures have not only boosted the intensity or frequency of major storms and heat waves, but they have also spawned rare or novel weather phenomena, accompanied by new more-or-less scientific names.

California and Australia have seen plenty of these vertical flame-throwers, and will likely see a lot more, scientists say.

So-called "dry thunderstorms" in drought-stricken regions such as the southwestern United States are a big tease, producing thunder and lightning, but no rain.

The air below these high-altitude light-shows is so parched that any moisture produced evaporates on the way down.

Then there are the fire-induced, smoke-infused "pyrocumulonimbus" clouds that darkened Australian skies during the Black Summer of 2019-2020; or "urban heat islands" in big cities everywhere that run a couple degrees Celsius hotter than surrounding areas.

But nothing is more terrifying, perhaps, than the potentially deadly combination of heat and relative humidity.

It was long assumed this theoretical threshold would never be crossed, but U.S. researchers reported last year on two locations – one in Pakistan, another in the United Arab Emirates (UAE) – where the 35 degrees TW barrier was breached more than once, if only fleetingly.

An increase in algae blooms – sometimes known as "sea snot" – is one thing, at least, that cannot be blamed on climate change, according to a recent study.

A critical U.N. assessment of climate science currently under review by 196 nations, meanwhile, will highlight the rising threat of "tipping points" in Earth's climate system, according to sources who have seen drafts of the report.

Anyone who has tried to balance in a chair leaning back on two legs knows there is a point-of-no-return beyond which things crash to the floor.

And so it is with kilometers-thick ice sheets atop Greenland and West Antarctica holding enough frozen water to lift oceans more than a dozen meters (40 feet). It may take centuries or longer, but some scientists say that big chunks are already "committed," and the melting "locked-in."

Likewise with the Amazon basin.

Climate change coupled with fires set ablaze to clear land for cattle and crops are transforming the world's largest tropical forest – a process dubbed "savannafication" – into arid expanses of grasslands.

These shifts are accelerated by vicious cycles of warming that scientists call "feedbacks."

As the thin crust of snow-covered ice floating on the Arctic Ocean, for example, gives way over the years to deep blue sea, the Sun's planet-warming radiation is absorbed rather than bounced back into space. The reflective capacity of white surfaces is called "albedo."

As for increasingly misnamed "permafrost," trust me, you don't want to know. (If you insist: shallow tundra in Siberia and other sub-Arctic regions contains twice as much carbon as the atmosphere. We'd all be better off if it stayed there.)

How do humans react to all these grim tidings?

Some slip into "doomism," the understandable but useless idea that the "Earth system" – now a branch of science – is in a terminal nose dive.

Humanity, they will point out, has almost used up its "carbon budget," and is on track to massively "overshoot" the Paris treaty goal of capping global warming at 1.5 degrees above preindustrial levels.

Others are suffering from a mental state known as "solastalgia," which combines melancholy, grief and nostalgia for a world that seems to be slipping from our grasp.

At the other extreme, the "Greta effect" has given rise to a generation of uncompromising climate warriors inspired by the young Swedish activist, and known in Italy as "Gretini."

Post-COVID, their parents dream of escaping to Bali or the Maldives for some "last chance tourism" before all the coral reefs die.

But "flight shaming" for the carbon footprint of flying halfway across the globe may prevent them from getting off the ground.

So, the family might as well settle in for a "CliFi" movie on Netflix – Interstellar and Snowpiercer perhaps, or even 2012 – or a documentary on how "blue carbon" in the ocean could save us all.