Give it a taste: Japanese professor creates 'tele-taste' TV screen 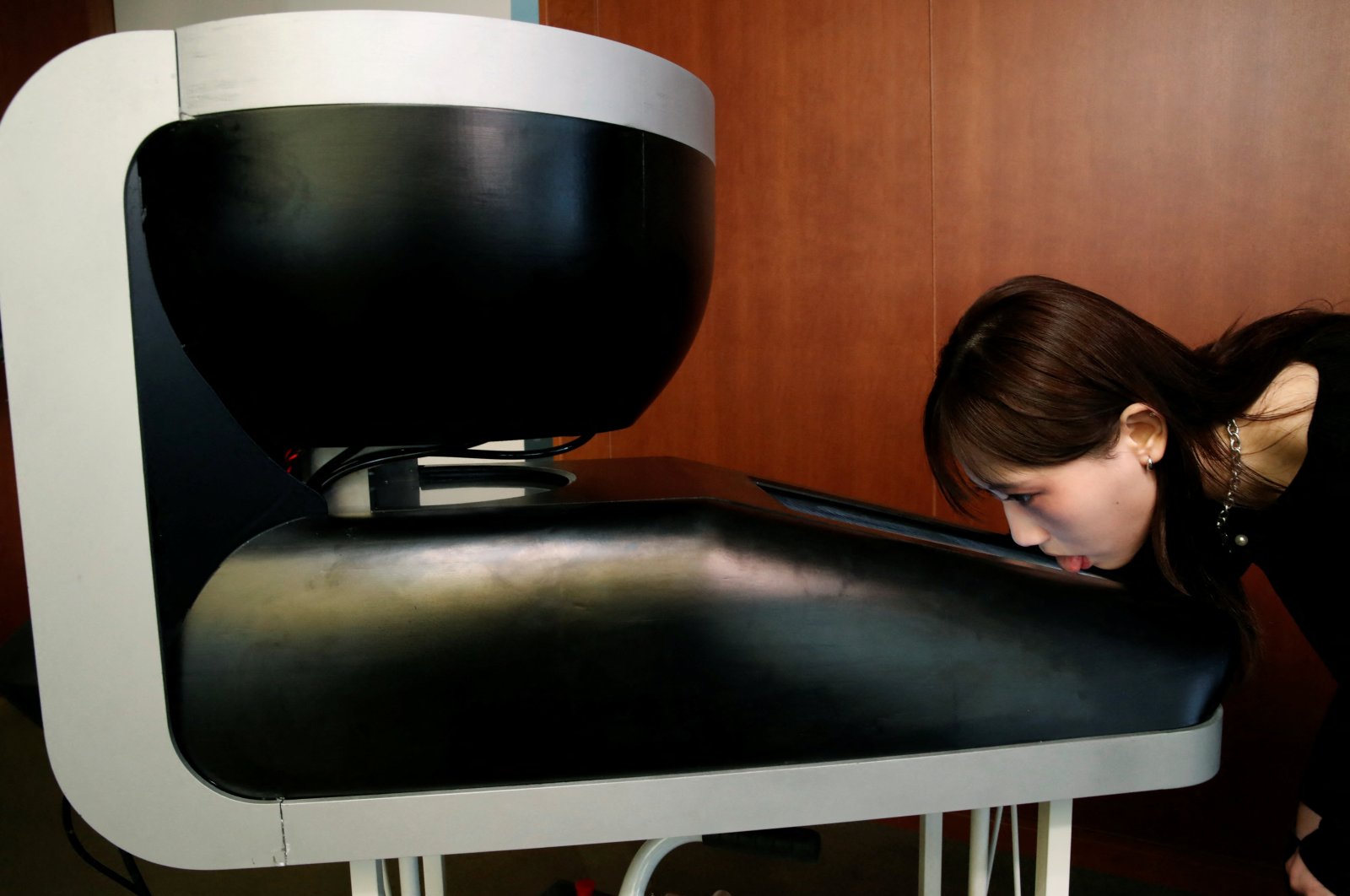 Student of Meiji University Yuki Hou licks a screen of Taste the TV (TTTV), a prototype lickable TV screen that can imitate the flavors of various foods, during its demonstration at the university in Tokyo, Japan, Dec. 22, 2021. (Reuters Photo)
by REUTERS Dec 23, 2021 10:39 am
RECOMMENDED

A Japanese professor has developed a prototype lickable TV screen that can imitate food flavors, another step toward creating a multi-sensory viewing experience.

The device, called Taste the TV (TTTV), uses a carousel of 10 flavor canisters that spray in combination to create the taste of a particular food. The flavor sample then rolls on hygienic film over a flat TV screen for the viewer to try.

In the COVID-19 era, this kind of technology can enhance the way people connect and interact with the outside world, said Meiji University professor Homei Miyashita.

"The goal is to make it possible for people to have the experience of something like eating at a restaurant on the other side of the world, even while staying at home," he said.

Miyashita works with a team of about 30 students that have produced a variety of flavor-related devices, including a fork that makes food taste richer. He said he built the TTTV prototype himself over the past year and that a commercial version would cost about 100,000 yen ($875) to make.

Potential applications include distance learning for sommeliers and cooks, and tasting games and quizzes, he said.

Miyashita has also been in talks with companies about using his spray technology for applications like a device that can apply a pizza or chocolate taste to a slice of toasted bread.

Meiji student Yuki Hou, 22, demonstrated TTTV for reporters, telling the screen she wanted to taste sweet chocolate. After a few tries, an automated voice repeated the order and flavor jets spritzed a sample onto a plastic sheet.