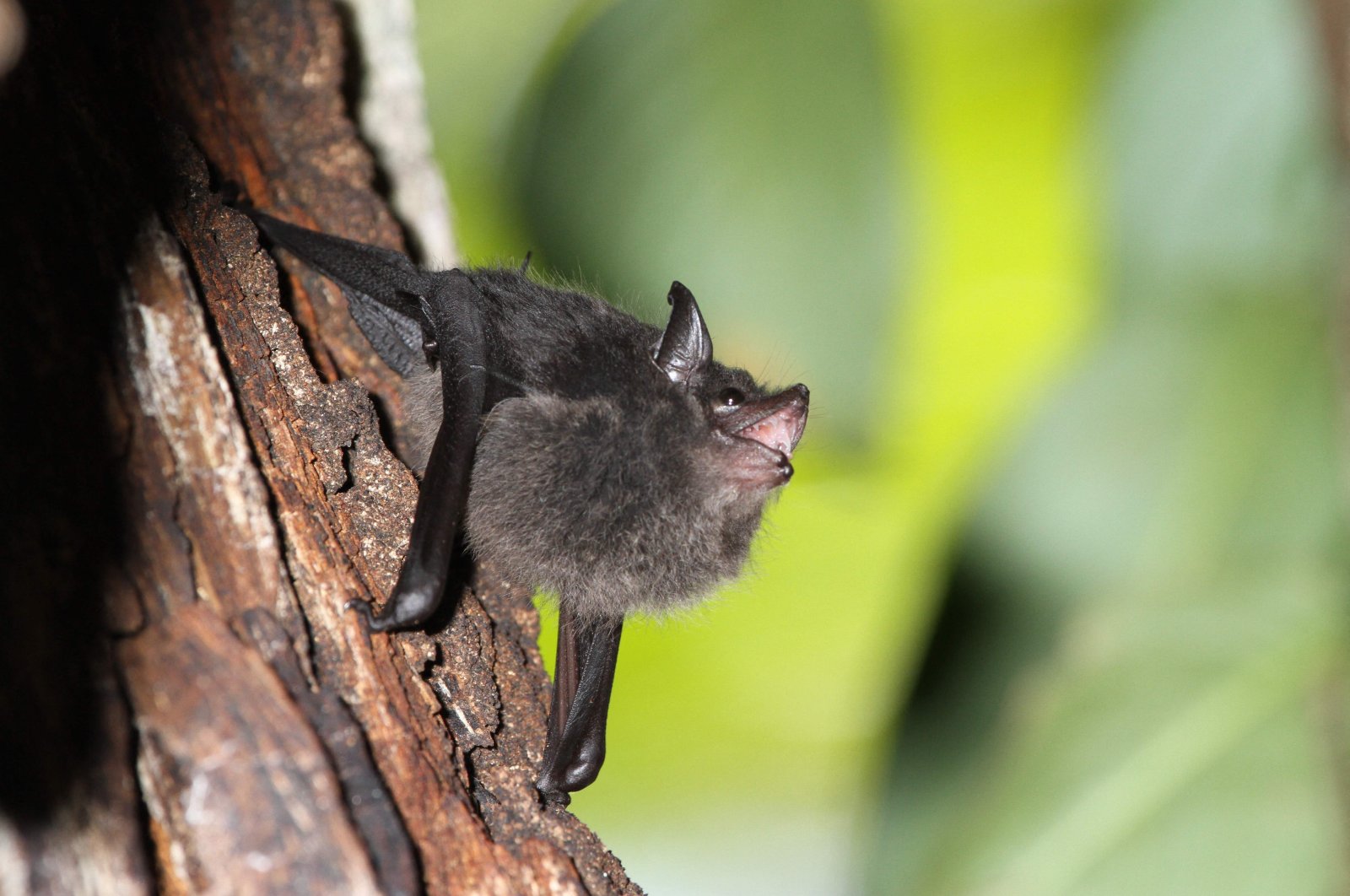 According to a new study published Thursday, some bats are very talkative in their infancy and even make sounds that recall the googoo-gagas of our own tots, like human babies.

Babbling in human children is key to developing the careful control over the vocal apparatus necessary for speech.

The study published in the journal Science indicates the same is true for the greater sac-winged bat, or Saccopteryx bilineata, native to Central America.

"Human infants seem to babble on the one hand to interact with their caregivers, but they also do that when they're completely alone, seemingly happily just exploring their voice, and that's the same what our bats are doing," study co-author Mirjam Knornschild, a behavioral ecologist at the Museum of Natural History in Berlin, told Agence France-Presse (AFP).

Bats communicate by ultrasound, sound waves at frequencies above human hearing, but they can also make sounds audible to people.

"It sounds like a high-pitched twittering to our ears ... it's melodic," said Knornschild, who has worked with bats since 2003.

Saccopteryx bilineata don't hide away in gloomy caves, but prefer to live in trees, making them easier to observe.

The babbling of 20 baby bats was recorded in Costa Rica and Panama between 2015 and 2016 by researcher Ahana Fernandez, also affiliated with the Museum of Natural History in Berlin, who spent hours with the bats in the forest.

The mammals, like us, have a larynx, and start babbling about three weeks after birth, for about 7 to 10 weeks – until they are weaned.

During this period, the bats spend around 30% of their days babbling, with sessions lasting on average about seven minutes, the researchers calculated.

But one bat babbled for a full 43 minutes, a long stretch considering adult communication generally lasts but a few seconds.

"That's something really, really peculiar that the other bat species that have been studied to date simply don't do," said Knornschild.

The vocalizations were converted into images, called spectrograms.

"Each syllable has a very specific shape, so to say, and they are easy to distinguish by eye," Knornschild added.

The researchers analyzed more than 55,000 produced syllables, finding universal characteristics of babbling in human infants in the bats, such as repetition, lack of meaning, but also that the sounds followed a certain rhythm.

On top of that, like with humans, the learning curve is not linear.

Out of 25 syllables in the adult repertoire, young bats have not yet mastered all of them by the time they are weaned, suggesting that they continue to learn.

The researchers were able to show that the young bats learned fairly early on a six-syllable song used by males to mark their territory and attract females.

"The pups listen to adult males singing and then imitate that song," Knornschild said.

Baby females also learn the song, even though they won't reproduce it as adults. But the study suggests learning it may help them judge the performance of their potential future partners.

Very few other species babble – only some birds, two species of marmosets and perhaps some dolphins or beluga whales.

Why would certain animals need to develop in this way and others not?

"Navigating and communicating in a dark, 3D environment, seems to be a huge selective pressure for vocal learning," Knornschild said.

But no matter the reason, the researchers underscore that developing a complex vocal system opens a world of possibilities – as demonstrated in humans, and now also in bats.