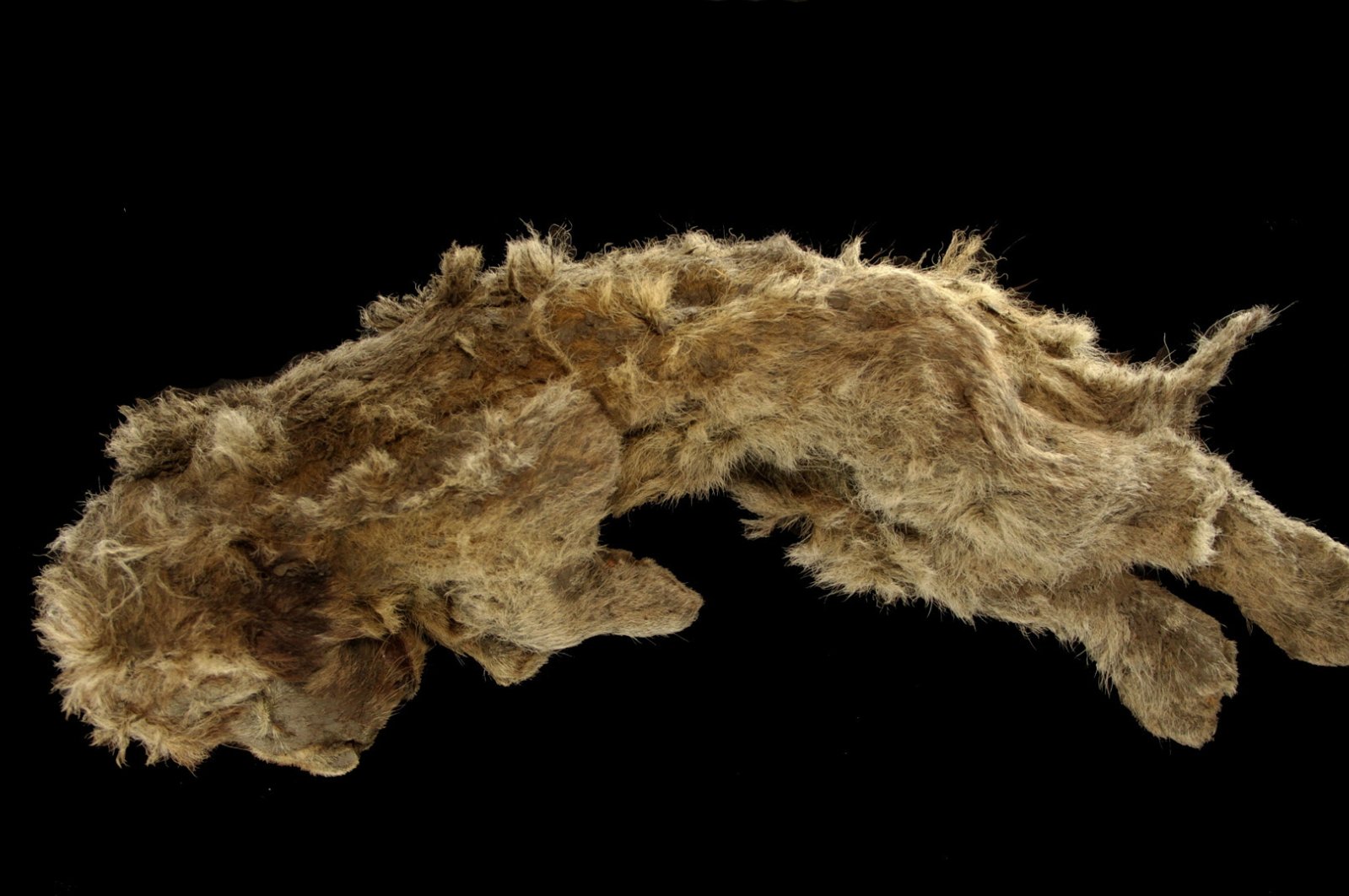 A cave lion cub named Sparta, which was found preserved in Siberia's permafrost, can be seen, in Yakutsk, Russia, 2020. (REUTERS Photo)
by REUTERS Aug 14, 2021 12:02 am
RECOMMENDED

Recent news out of Siberia excited scientists as an astonishingly well-preserved cave lion cub, believed to have lived 28,000 years ago, was discovered in the region's permafrost, and more amazingly may still have traces of its mother's milk in its stomach.

The female cub, named Sparta, was found at the Semyuelyakh River in Russia's Yakutia region in 2018 and a second lion cub called Boris was found the year before, according to a study published in the Quaternary journal.

The cubs were found 15 meters (49 feet) apart but are not only from different litters but were also born thousands of years apart. Boris, a male cub, lived around 43,448 years ago, the study said.

The two cubs aged one to two months old were found by mammoth tusk collectors. Two other lion cubs named Uyan and Dina have also been found in the region in recent years.

Cave lions have been extinct for thousands of years.

Valery Plotnikov, one of the study's authors, told Reuters in the regional capital Yakutsk that Sparta was so well preserved that it still had its fur, internal organs and skeleton.

"The find itself is unique; there was no any other such find in Yakutia," he said.

"Maybe, we hope, some disintegrated parts of the mother's milk (remain intact). Because if we have that, we can understand what its mother's diet was," he said.

Similar finds in Russia's vast Siberian region have happened with increasing regularity. Climate change is warming the Arctic at a faster pace than the rest of the world and has thawed the ground in some areas long locked in permafrost.