Infrared senses tingling: Dogs can sniff out heat with their noses 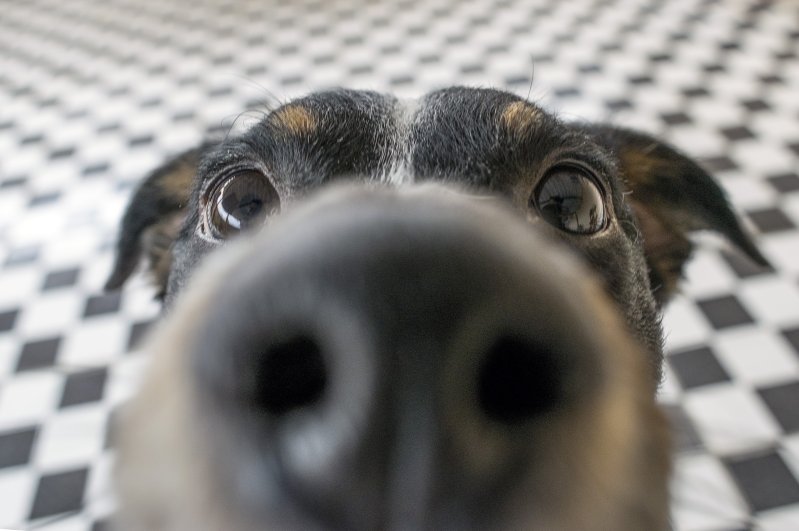 Dog noses can do more than just smell – they are also ultra-sensitive heat sensors. (iStock Photo)
by REUTERS Mar 04, 2020 9:00 am
RECOMMENDED

Maybe that's why they always have cold noses?

Dogs noses actually serve as an ultra-sensitive heat sensor which enables them to detect minute changes in temperature such as when other animals are nearby, according to new research.

Scientists at Sweden’s Lund University and Hungary’s Eotvos Lorand University say the discovery can help better understand how predators detect their prey when other senses such as sight, hearing or smell are hindered.

In their study printed in Scientific Reports, a journal published by Nature Research, scientists found that the naked, wet skin surface at the tip of a dog’s nose, which is full of nerve endings, worked as an infrared sensor.

“Dogs are able to sense the thermal radiation coming from warm bodies or weak thermal radiation, and they can also direct their behavior according to this signal,” said Anna Balint, lead author of the study.

“We tested whether we can find an area in the brain that shows higher activity if they are exposed to a warmer than to a colder object,” she said.

Brain scans showed increased brain activity when dogs were shown objects that were warmer than their surroundings.

“It is possible that other carnivorans possess a similar infrared sense and that adds a new chapter to the story of prey-predator relationships,” said Ronald Kroger, a sensory scientist at Lund University.

“Predator hunting strategies have to be reevaluated and the biology of prey animals has to be revisited with body heat sensing predators in mind,” he added.

Among the dogs involved in the test were golden retrievers and border collies.