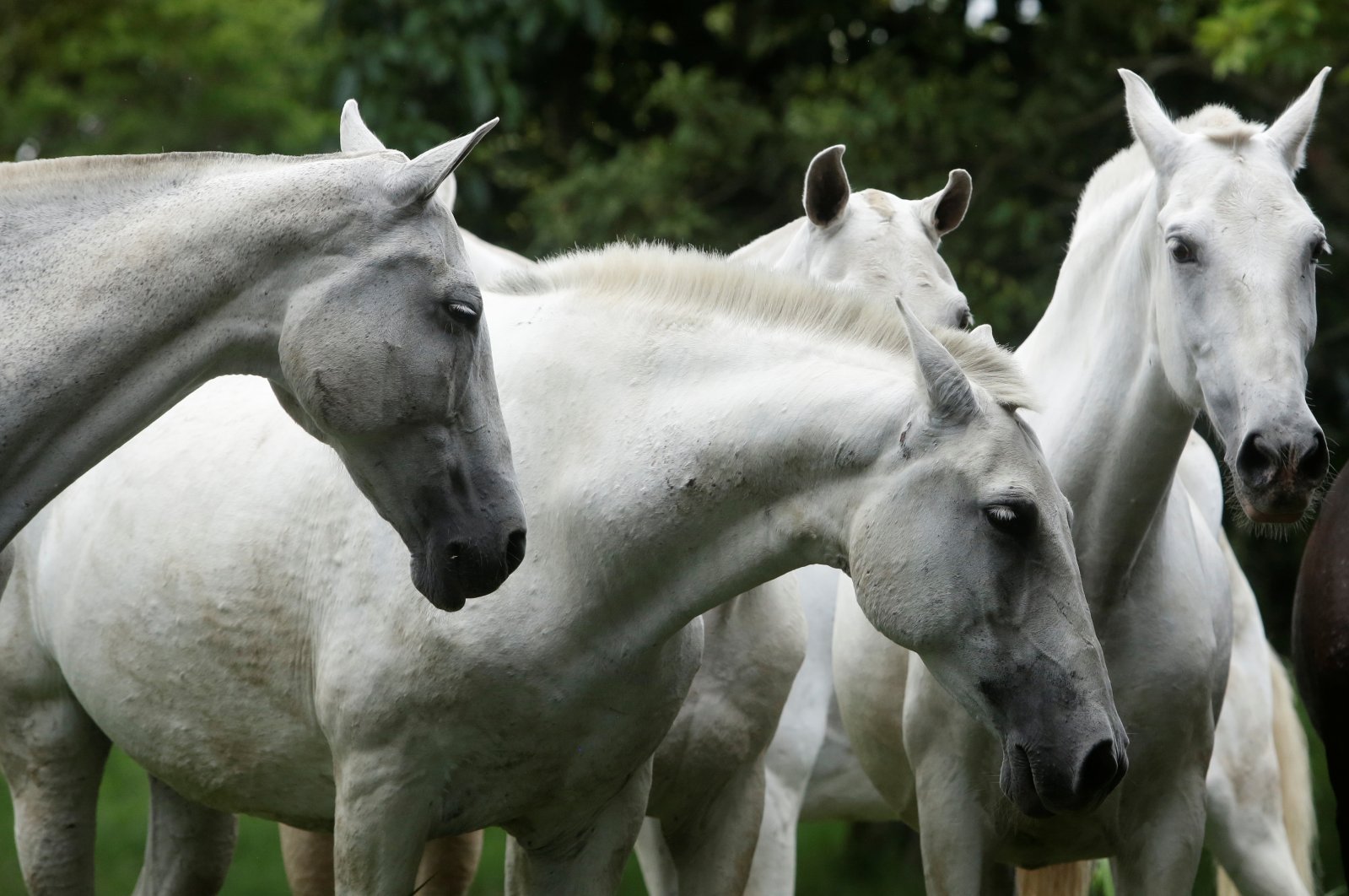 Horses are seen in a corral at Clodomiro Picado Institute, before their blood is drawn for a trial to produce a treatment for COVID-19 in San Jose, Costa Rica, July 5, 2020. (REUTERS Photo)
by Daily Sabah with Reuters Sep 07, 2020 11:25 am
Edited By Yasemin Nicola Sakay
RECOMMENDED

Researchers in Costa Rica are due to begin trials of an inexpensive coronavirus treatment based on antibodies taken from horses injected with the SARS-Cov-2, the virus that causes COVID-19, according to scientists.

Developed by the University of Costa Rica's Clodomiro Picado Institute (ICP), the equine antibodies medication is to be tested on 26 patients from mid-September, Roman Macaya, president of the Social Security Fund that manages public health centers, told Reuters.

Costa Rican authorities hope to be able to begin applying the treatment more widely in hospitals if the results from the phase 2 study are encouraging. There are 471 hospitalized coronavirus patients in Costa Rica.

"We are proud to know that this product will save lives until the vaccine reaches the population," said Alberto Alape, a project coordinator at ICP.

"We do it with our resources, without having to stand in line or compete against other countries, as can be seen with possible vaccines."

Similar efforts are also underway in Argentina and Brazil, while scientists in Belgium are using llamas.

Costa Rican researchers say their method for SARS-Cov-2 treatment is based on the experience of using horse antibodies to develop snake anti-venoms. They imported the virus protein from China and the U.K. and injected it into six of the 110 horses that the IPC uses for testing. Weeks later, when the animals developed enough antibodies, they extracted blood and used the antibodies from the plasma as raw material for the injectable serum.

If it works, the researchers say they want to share the inexpensive treatment with other Central American nations, which are mostly poorer than Costa Rica.

"In addition to the principle of solidarity and the fact that this has been done with anti-venom for snakebites, we know that in a pandemic, one's own well-being is related to the well-being of neighbors," Alape said.

However, the topic of using animal antibodies is a highly contested issue, considering that there have been a number of scientific issues and complications borne from using animal-derived antibodies.

Equine antibodies have been reported to cause severe side effects such as allergic reactions and serum sickness, with horse blood therapies carrying the risk of transmitting zoonotic diseases, i.e. viruses and other pathogens that jump from animals to humans, as was the case with the coronavirus.

In a statement regarding the use of antibodies from horses against the coronavirus, the People for the Ethical Treatment of Animals (PETA) said that international demand for fully human, non-animal antibodies was rising as scientists increasingly look for antibody-based medicines and vaccines that are safer and more reliable than those made from animal blood.

Using human antibodies could also eliminate some of the drawbacks associated with using antibodies sourced from horses, llamas, camels, rabbits and mice among others to treat illness, PETA stressed.