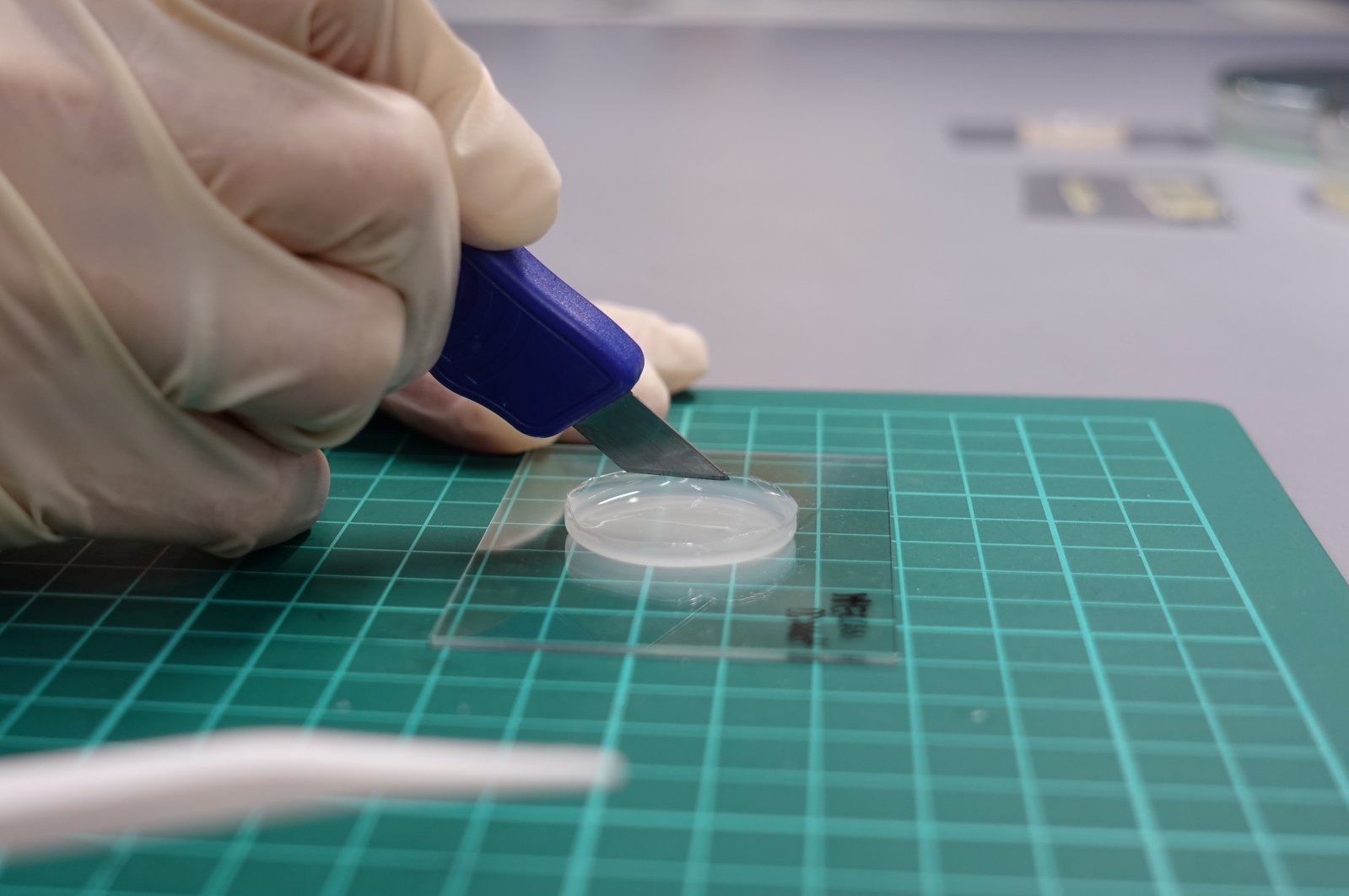 A researcher at the National University of Singapore (NUS) demonstrates the self-healing abilities of an artificial, transparent skin by cutting into it with a retractable knife at a lab in NUS, Singapore on July 27, 2020. (Reuters Photo)
by REUTERS Aug 03, 2020 12:49 pm
RECOMMENDED

Singapore researchers have developed "electronic skin" capable of recreating a sense of touch, an innovation they hope will allow people with prosthetic limbs to detect objects, as well as feel texture, or even temperature and pain.

The device, dubbed ACES, or Asynchronous Coded Electronic Skin, is made up of 100 small sensors and is about 1 square centimeter (0.16 square inch) in size.

The researchers at the National University of Singapore say it can process information faster than the human nervous system, is able to recognize 20 to 30 different textures and can read Braille letters with more than 90% accuracy.

"So humans need to slide to feel texture, but in this case the skin, with just a single touch, is able to detect textures of different roughness," said research team leader Benjamin Tee, adding that AI algorithms let the device learn quickly.

A demonstration showed the device could detect that a squishy stress ball was soft, and determine that a solid plastic ball was hard.

"When you lose your sense of touch, you essentially become numb... and prosthetic users face that problem," said Tee.

"So by recreating an artificial version of the skin, for their prosthetic devices, they can hold a hand and feel the warmth and feel that it is soft, how hard are they holding the hand," said Tee.

Tee said the concept was inspired by a scene from the "Star Wars" movie trilogy in which the character Luke Skywalker loses his right hand and it is replaced by a robotic one, seemingly able to experience touch sensations again.

The technology is still in the experimental stage, but there had been "tremendous interest," especially from the medical community, Tee added.

Similar patents developed by his team include a transparent skin that can repair itself when torn and a light-emitting material for wearable electronic devices, Tee said.