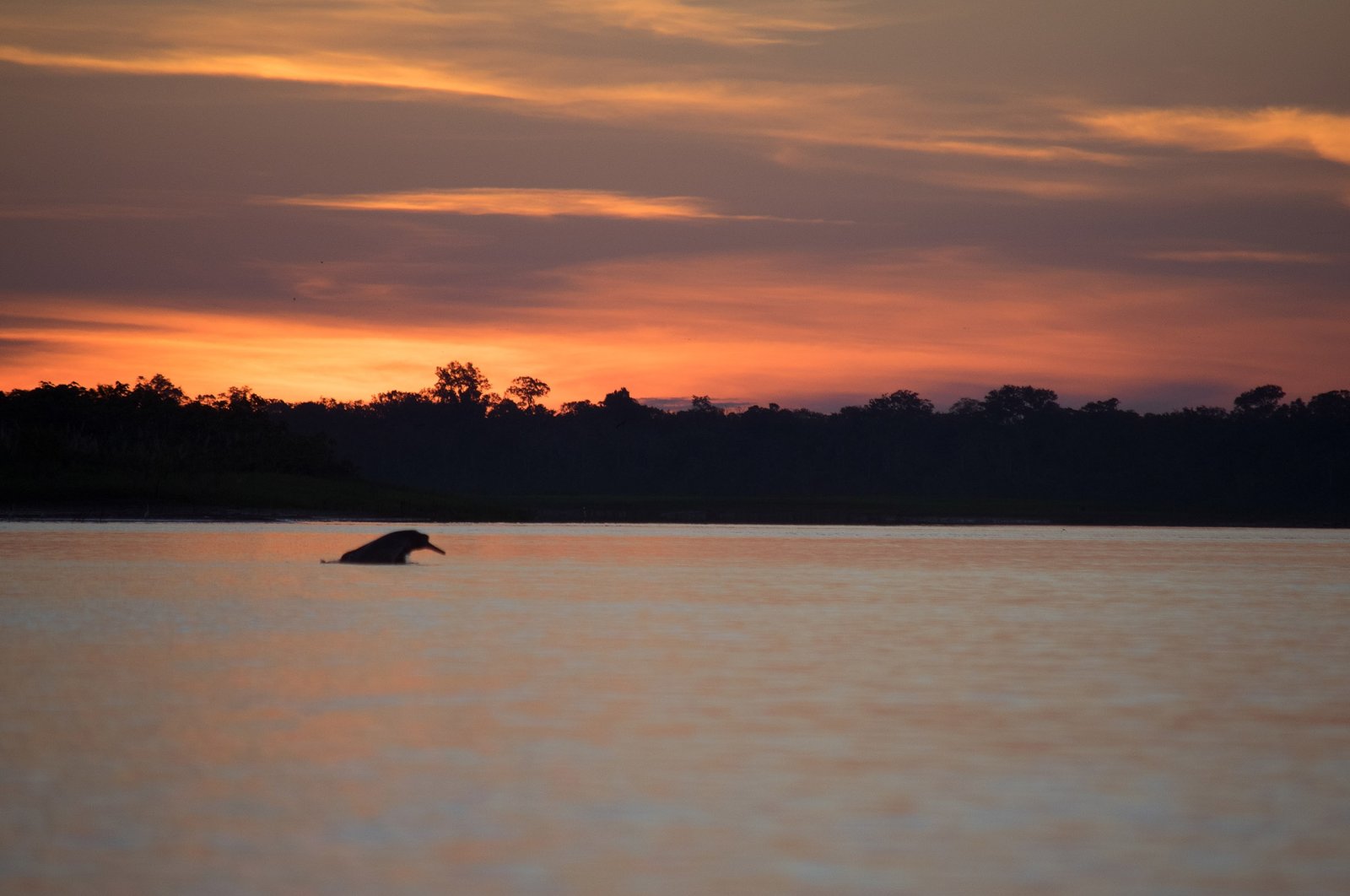 During a search for pink river dolphins, scientists in the Peruvian Amazon scooped up river water sloshing with genetic material that they hoped could trace the elusive creatures.

They found what they were looking for. And then some.

The environmental DNA collected yielded information on 675 species, including dozens of land-based mammals like deer, jaguar, giant anteaters, monkeys and 25 species of bat.

"It's kind of mind blowing," said Kat Bruce, founder of the eDNA firm NatureMetrics, which carried out the study for the wildlife charity WWF.

The technology is increasingly used to track rare species.

It is now at the heart of a $15 million dollar project with the International Union for Conservation of Nature (IUCN) to collect and analyze 30,000 freshwater samples over three years from major river systems – including the Amazon, Ganges and Mekong Delta.

"What the eBioAtlas will do in the middle of this mass extinction, is hopefully start to fill those gaps in a way that is scalable," said Mike Morris, who heads the project for NatureMetrics, at an event showcasing the project at the IUCN conference in Marseille this week.

The IUCN plans to feed the information into conservation tools like its Red List of Threatened Species.

It offers a "simple and I would say precise way to tell us where species are," said Paola Geremicca, who leads IUCN's corporate engagement.

The method relies on the fact that living creatures constantly shed cells, leaving traces of genetic material swirling in the environment that wind up in river systems: skin, mucus, saliva.

But most of all "it's from a lot of poo," Bruce told Agence France-Presse (AFP), both from fish and animals in the rivers and those just passing by.

Scientists have been using eDNA for at least a decade, with early work focused on microbes.

Bruce started using the technique during her PhD studies, blending assortments of insects into a "soup" and figuring out what creatures were inside using genetic sequencing.

That led her to set up NatureMetrics, which focuses on finding DNA "fingerprints" in freshwater.

Researchers collect a liter or two of water then pass it through a small filter, which traps the sample.

To sequence the DNA they need to decide what to look for – mammals for example – because otherwise the result would be swamped with ubiquitous bacteria and microbes.

After two days their machine spits out about 30 million DNA sequences – imagine a text file 30 million lines long and crammed with A's, T's, C's and G's, the molecular building blocks of life.

While they are confident in the accuracy of the sampling itself, Bruce said the problems come with anomalies and gaps in the identification reference database.

In the Amazon, for example, only 20% of fish could be identified to species level because the genetic information did not match any sequences in the library.

In these types of situations, they contact local zoos and museums looking for a reference specimen.

Or they could find the species in the wild.

"We've got these simple kits, where people can just tickle the fish with the swab and send that back to us to generate the reference sequence," she said.

When results are transmitted back to local conservationists, Morris said people are often "astonished" at the array of hidden wildlife.

Other researchers have called this "dark diversity."

In research published in the journal Science Advances in 2018, scientists took 20 coastal water samples in New Caledonia for eDNA sequencing and found more shark species than they had previously identified in two decades of visual and camera surveys.

"Even if people in Noumea never see sharks when they go diving... they are always there," said David Mouillot from the University of Montpellier and co-author of the research, at the IUCN congress.

Morris acknowledged that eDNA sampling should be seen as one biodiversity tool among many.

A blindspot is plants, which are harder to identify at the species level.

The eBioAtlas developers, who plan to create an open-source database, hope to spread their net beyond freshwater – with plans for marine and soil eDNA surveys.

After that, they might snatch samples from thin air.

Separate preliminary studies this year in Britain and Denmark sucked air through filters in zoo enclosures and not only identified resident animal DNA, but also local wildlife.