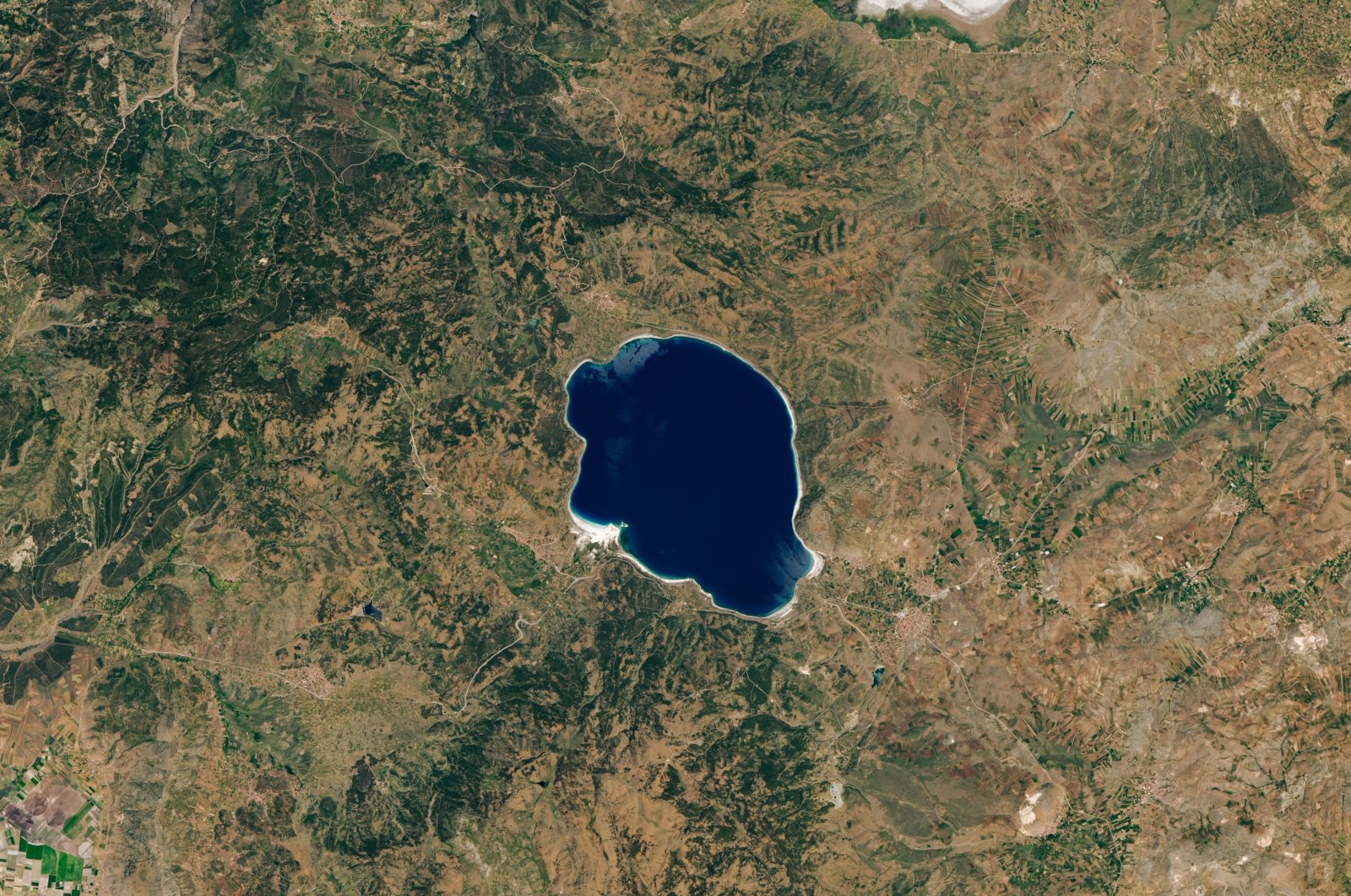 Flying to the red planet someday may be an impossible dream for millions living on planet Earth, but if it is the mineralogy you're after, you might not have to go very far.

In fact, the location which has the closest resemblance to Mars and its geological characteristics is Lake Salda in a place dubbed the Turkish Maldives in southwestern Turkey's Burdur province.

Sharing a satellite image from June 8 of the crystal clear waters of the crater lake and its white sandy beach, NASA said the lake shared many similarities with the Jezera crater on Mars, especially in terms of geology and mineralogy.

What gives Salda's shorelines that unique coloring is hydromagnesite, which scientists at the NASA Earth Observatory have said is not only similar to the carbonate minerals observed at Jezero but is also the only place on Earth to contain them.

These hydromagnesite sediments in Lake Salda are believed to be eroded pieces from large mounds called "microbialites" surrounding the body of water. These formations are thought to have been created by microbes that used the carbonate materials in and around the crater to grow in size, in time leading to large terrace islands. Back in August 2019, research teams from Istanbul Technical University (İTÜ) and Purdue University photographed and surveyed these islands to monitor microbial activity.

This newfound similarity is important as it gives scientists the chance to streamline their research on Mars and helps them determine which mineral deposits are most promising to go exploring.

What prompted this intriguing revelation was NASA's $2.5 billion Perseverance rover, which is set to launch today from Florida’s Cape Canaveral, to search for signs of ancient microbial life on Mars, collect rock and soil samples and study the planet's climate and geology.

"We’ve learned that Mars has seasons and an atmosphere that behaves in many ways similar to the Earth’s. Mars has geology that is very reminiscent of what we see on Earth – volcanoes, river channels. Mars has polar caps. And the climate has varied through times on many different time scales. Liquid water was abundant early in its history,” said Bruce Jakosky, a planetary scientist at the University of Colorado and the Mars Atmosphere and Volatile Evolution (MAVEN) spacecraft's lead researcher, told The Washington Post.

NASA's Mars Reconnaissance Orbiter had previously found evidence of beaches on the red planet after discovering carbonates on the edge of the Jezera crater.

Measuring 45 kilometers (28 miles) in width, the crater is "essentially an impact crater within an impact crater" and used to contain a lake, which was established by the existence of delta deposits. NASA's Mars 2020 mission hopes to find evidence of a warmer and wetter planet inside rocks on Jezera, confirming their theory that a river once flowed into the crater.