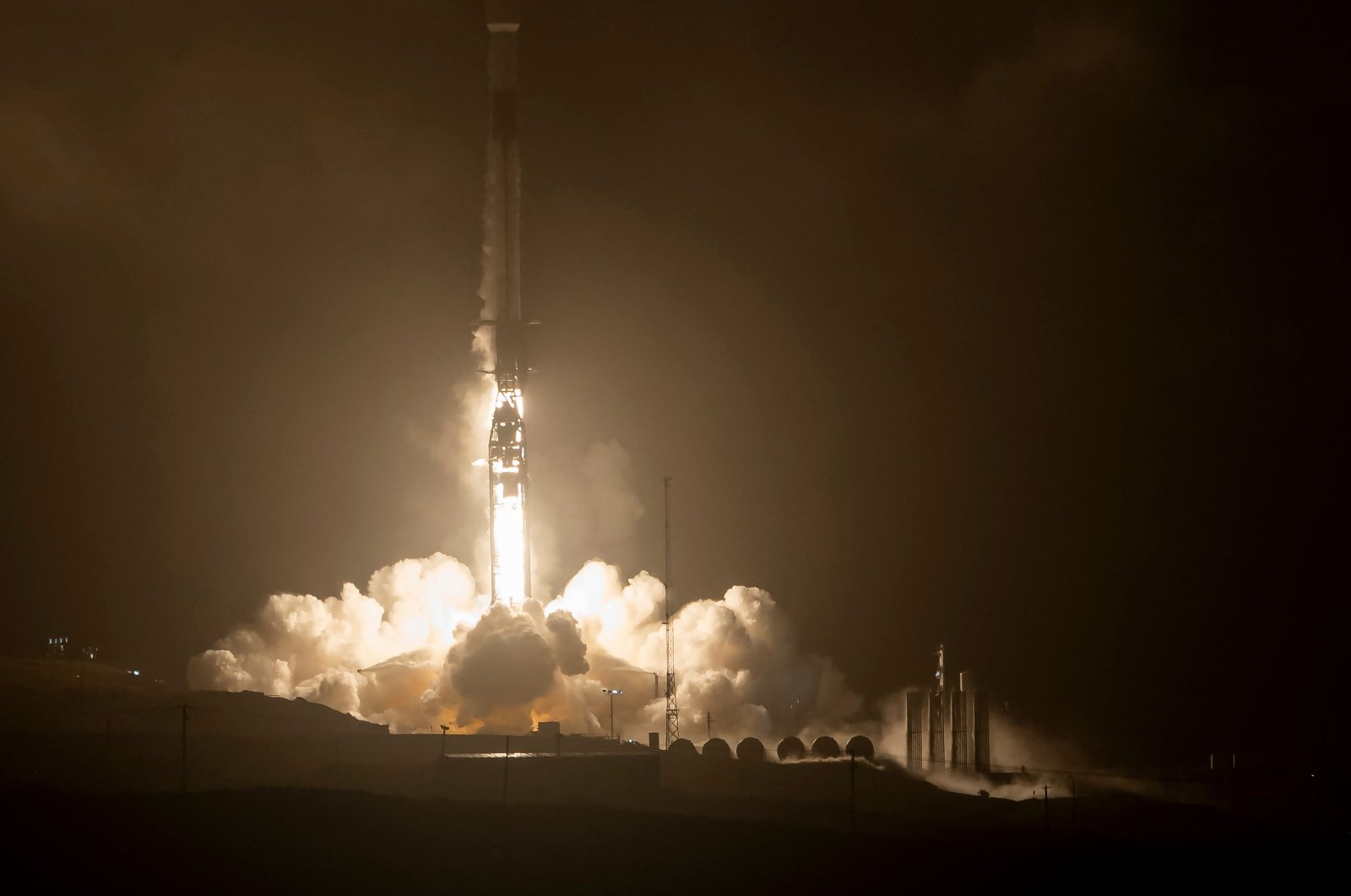 A NASA mission to deliberately smash a spacecraft into an asteroid – a test run should humanity ever need to stop a giant space rock from wiping out life on Earth – blasted off Tuesday from California.

It may sound like science fiction, but the DART (Double Asteroid Redirection Test) is a real proof-of-concept experiment, which lifted off at 10:21 p.m. Pacific Time Tuesday (6:21 a.m. GMT Wednesday) aboard a SpaceX rocket from Vandenberg Space Force Base.

"Asteroid Dimorphos: we're coming for you!" NASA tweeted after the launch.

The goal is to slightly alter the trajectory of Dimorphos, a "moonlet" around 525 feet (160 meters, or two Statues of Liberty) wide that circles a much larger asteroid called Didymos (2,500 feet in diameter). The pair orbit the Sun together.

The impact should take place in the fall of 2022, when the binary asteroid system is 6.8 million miles (11 million kilometers) from Earth, almost the nearest point they ever get.

"What we're trying to learn is how to deflect a threat," NASA's top scientist Thomas Zuburchen said of the $330 million project, the first of its kind.

To be clear, the asteroids in question pose no threat to our planet.

But they belong to a class of bodies known as Near-Earth Objects (NEOs), which approach within 30 million miles.

NASA's Planetary Defense Coordination Office is most interested in those larger than 460 feet in size, which have the potential to level entire cities or regions with many times the energy of average nuclear bombs.

There are 10,000 known near-Earth asteroids 460 feet in size or greater, but none has a significant chance to hit in the next 100 years. One major caveat: scientists think there are still 15,000 more such objects waiting to be discovered.

Planetary scientists can create miniature impacts in labs and use the results to create sophisticated models about how to divert an asteroid – but models are always inferior to real world tests.

Scientists say the Didymos-Dimorphos system is an "ideal natural laboratory," because Earth-based telescopes can easily measure the brightness variation of the pair and judge the time it takes the moonlet to orbit its big brother.

Since the current orbit period is known, the change will reveal the effect of the impact, scheduled to occur between Sept. 26 and Oct. 1, 2022.

What's more, since the asteroids' orbit never intersects our planet, they are thought safer to study.

The DART probe, which is a box the size of a large fridge with limousine-sized solar panels on either side, will slam into Dimorphos at just over 15,000 miles an hour.

Andy Rivkin, DART investigation team lead, said the current orbital period is 11 hours and 55 minutes, and the team expects the kick will shave around 10 minutes off that time.

There is some uncertainty about how much energy will be transferred by the impact because the moonlet's internal composition and porosity are not known.

The more debris that's generated, the more push will be imparted on Dimorphos.

"Every time we show up at an asteroid, we find stuff we don't expect," said Rivkin.

The DART spacecraft also contains sophisticated instruments for navigation and imaging, including the Italian Space Agency's Light Italian CubeSat for Imaging of Asteroids (LICIACube) to watch the crash and its after-effects.

"The CubeSat is going to give us, we hope, the shot, the most spectacular image of DART's impact and the ejecta plume coming off the asteroid. That will be a truly historic, spectacular image," said Tom Statler, DART program scientist.

The so-called "kinetic impactor" method isn't the only way to divert an asteroid, but it is the only technique ready to deploy with current technology.

Others that have been hypothesized include flying a spacecraft close by to impart a small gravitational force.

Another is detonating a nuclear blast close by – but not on the object itself, as in the films "Armageddon" and "Deep Impact" – which would probably create many more perilous objects.

Asteroids that are 6 miles or wider – such as the one that struck 66 million years ago and led to the extinction of most life on Earth, including the dinosaurs – occur around every 100-200 million years.